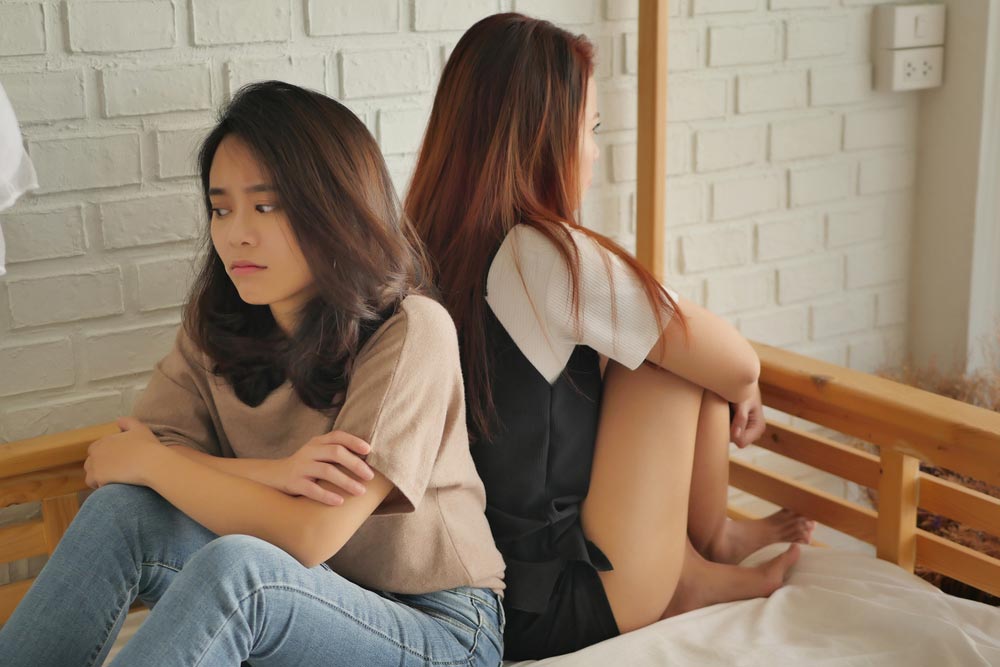 Note: This post was submitted to Student Caffé by Dan Chabert, an entrepreneur, husband, and ultramarathon distance runner from Copenhagen, Denmark. He spends most of his time co-managing home sites including That Sweet Gift, BornCute, and ContractorCulture, and health sites like Runnerclick and Nicer Shoes. He has also been featured on many running blogs worldwide. We would like to thank him for his submission and credit him as the author of this blog post.

Finding a roommate is a bit like playing roulette. You may end up with someone who is great, respectful, clean, and friendly. You might end up with the exact opposite (but at least you’ll know what you’re in for). Worst of all, you might get paired with someone who starts out as a friend, but who changes as time passes. You may have heard the phrase “familiarity breeds contempt.” The boundaries eventually disappear, and what’s yours becomes theirs, from your food to your cologne to your favorite shoes. Eventually, you start feeling like a stranger in your own room.

If you are living with one of these types of roommates, chances are that you’re already experiencing a strained relationship, and you may even be contemplating moving out. Know that you aren’t alone. Students and young professionals deal with roommates everyday, whether they choose to confront their disrespectful roommate or suck it up until the end of the year or the end of the lease agreement to avoid the confrontation.

If you’re at the point where there needs to be a conversation, mentally prepare yourself before you charge head-first into an argument. Don’t play the blame game, stay calm, and be respectful; you never know what’s going on behind the scenes in someone else’s mind. Here are some tips that will help you initiate and have difficult conversations with a troublesome roomie.

You may notice that your roommate “borrowed” your favorite pair of shoes for a night out. It’s tempting to confront them as soon as they walk back into the room, but demanding answers while you’re angry could make the whole situation worse. What could have been a civil conversation about your roommate invading your personal belongings may mutate into a full-blown fight.

As a general rule of thumb, it’s best to initiate a conversation about the problem when you’re feeling calm and collected. Going on the offensive and placing blame (even if it is entirely their fault) will do nothing but make your roommate shut down and go on the defensive, accomplishing nothing. Instead, ask your roommate to sit down with you while you explain the problem. If you want an “ask before you borrow” policy, say so. If you want help with the chores, offer to make a chore schedule. Staying calm and offering potential solutions to the problem is not only constructive, but it will help your roommate feel less victimized for their behaviors.

2. Tell your roommate if something makes you uncomfortable.

Living with the same person for an extended period of time can result in complacency. You may notice that your roommate exhibits behaviors that are strange or unwanted, but because of your frosty relationship, or your lack of relationship entirely, you may not want to say anything. Even if you do, you may have a hard time getting your roommate to open up about their erratic or new behaviors.

If something makes you uncomfortable, you shouldn’t stay silent. Regardless of whether you’re worried about your roommate’s new cigarette habit, their coming home loudly at all hours of the night, or the fact that they seem to have stopped buying groceries, you need to initiate a real conversation.

If you or your roommate has just gotten back from work or class, it’s probably not the time to have a conversation. If either of you is tired, cranky, or hungry, a confrontation could set off an emotional chain reaction that ends in two very unhappy people. To avoid an irreconcilable argument, wait until both parties are calm, collected, awake, and—this one is important—sober.

Instead of starting the conversation out of nowhere, ask your roommate in advance if they have some time to sit down with you to talk about whatever is bothering you. A heads up ensures that they won’t be caught off guard, and they might have time to think of some talking points as well. On the flipside, you shouldn’t wait for an eternity. The longer you keep your worries to yourself, the more resentment you will develop toward your roommate, and the more doomed the conversation will become.

Never have a serious conversation with your roommate in front of their friends, family, or significant other. Furthermore, it shouldn’t be done in front of your friends, family, or significant other either. If the problem only concerns the two of you, it should be resolved between the two of you. By involving multiple parties, you’re asking onlookers to take sides. Not only can this cause embarrassment or damage relationships in the long run, it takes away from your own problem-solving abilities. Unless you’re worried about the conversation becoming violent (in which case you have much more pressing issues), you can do this on your own, without backup.

Always ensure the conversation takes place face-to-face and not via text or email. An in-person conversation reduces the anxiety. (You know the feeling: Those three dots at the bottom of your phone indicate that someone is responding…but it always seems to take forever, or the response never comes at all. Talk about elevated blood pressure.) You live with your roommate, you probably see them every day, so do them the courtesy of talking over dinner or in the comfort of their own room.

Whatever your ultimate goal, don’t beat around the bush. Tell your roommate what bothers you, why it bothers you, and offer a solution. Don’t put everything on them, though. Your roommate is also human and could be going through something that you don’t know about. Before judging, understand that they might not be inconveniencing you intentionally.

The key to any relationship is compromise, so offer one. There is a solution that will work for both of you.

A final note: After the conversation, your roommate may change their behavior, but it’s not a guarantee. There are some people who are resistant to change and will never alter their behavior no matter how nice you are about it. If the conversation doesn't bear any fruit, then it may be time to reconfigure your living situation.

When all is said and done, home is the place you come back to after a long day. If it does not feel like a refuge, then you don’t have to stick around. Read your lease thoroughly so that you understand your options.