Last year, Student Caffé partnered with Mauro Schimf, an English teacher from Buenos Aires, Argentina, to develop quality Spanish-language content for our site and blog. We’re proud of his work! But all of these months that he’s been working to understand the higher education system in the United States, we’ve been wondering what things are like in his home country. We caught up with Mauro to ask him some questions about college applications, campus life, and what a typical classroom in Argentina might look like. 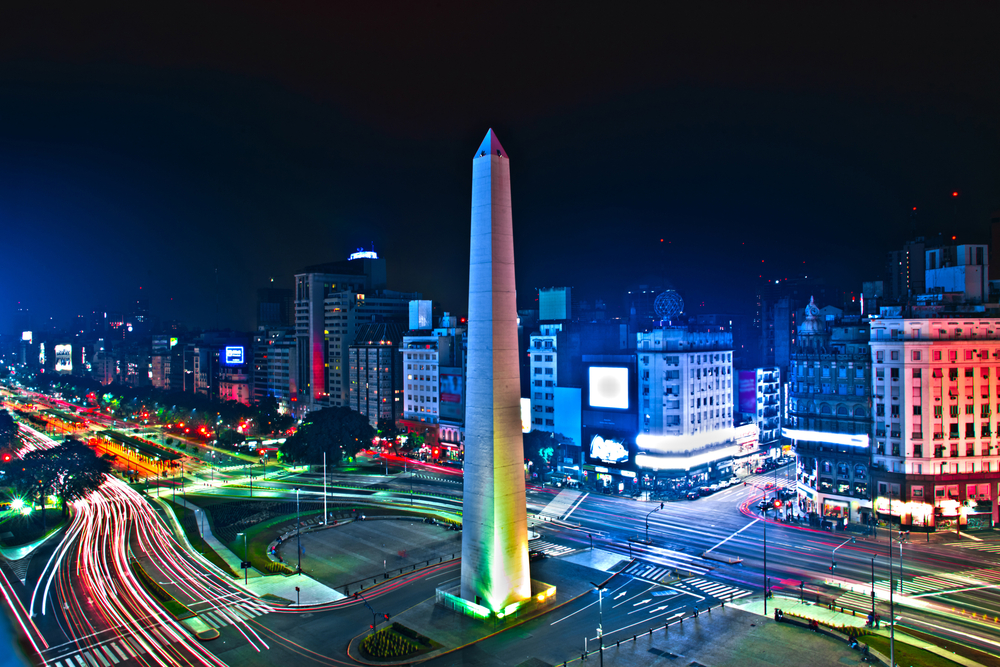 Argentina has a reputation for having one of the region’s most prestigious systems of higher education; above all else, we value a university’s academic quality. A typical student registers for college at the age of 19 and gets a degree in an average of six years. (Naturally, this depends on the degree chosen.) As a society, we often consider public university as the best option because it actually costs nothing. Public universities are completely free in Argentina, and this is a big reason why about 75% of students choose them. Furthermore, many companies prefer to hire public university graduates. (Because public university is free, its standards are exceptionally high; this usually means that only bright and hardworking students make it to graduation.) The 25% of students who opt to go to a private institution may have to pay a registration enrollment fee and a monthly fee for every subject they decide to take. In the Argentine University of Business (UADE), for example, the monthly fee per class is 1500 Argentine pesos (around 93 USD) a month.

Fortunately, our country offers many opportunities, and our workforce isn’t as competitive as others. To most Argentines, experience is more important than a university degree, and people respect the “hacer carrera” approach. This means starting from the bottom at a company, getting hands-on experience, and growing with the company through promotions. The average company would prefer to hire an employee without a university degree who is a team player over a university graduate who is overly competitive or ambitious. So, it’s relatively common for people here to hold positions at multinational companies without degrees.

Q. How do students apply to college in Argentina? Do they take admissions tests, like the SAT, or write personal essays like we do?

Private universities might have their own admissions tests, but there is no federal test you need to take before starting your higher education at a public school. Public higher education in Argentina is unrestricted, so in theory, you can enroll in school and your entrance can't be denied. (However, it’s still important to have good grades in high school when applying to college just in case a specific program has more applicants than it has capacity for.) In most cases, you don’t have to wait to receive a letter to learn if you’ve been admitted or not (as it is in the U.S.). Depending on your intended program of study, you might enroll in the ciclo básico común, which is a survey course that lasts a semester to a year. It’s meant to make sure students from all different high schools are ready for their university studies in a certain department, but it does not act as a disqualifying course.

Q. Do Argentine students receive As, Bs, and Cs like we do? What is a passing grade?

No. We don’t assign or receive letter grades. Our grading system is out of 10. In high school, a passing grade in any subject is usually above a 6 out of 10. That changes in college, where depending on the subject, 4 is enough to pass. Sometimes, though, you need a 6 or 7 not to fail.

Q. Is it common for university students to live in dorms? 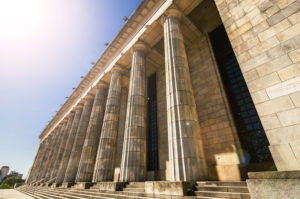 Not at all. None of the universities I know of here have a campus like you’d find in the United States. The University of Buenos Aires, for example, has buildings all over the city. It’s very common for local students to live at home and for students who are new to the area to rent an apartment near their facultad, or the building where their program or department is housed. It can be difficult for some out-of-town families to afford to pay rent for their college-aged children, but considering that public universities are completely free, it doesn’t seem exorbitant. Sometimes, to save even more money, students sign leases with friends or high school acquaintances to share costs, or they live in hostels, but they do not live in U.S.-style dorm rooms.

There is, however, something called a residencia estudiantil, which is the closest thing we have to a dorm building. It’s not run by any specific university, so residents attend many different schools; churches and private organizations operate residencias to provide a supervised, single-sex housing option for students who move away from their families to attend college. They might have cafeterias, quiet hours, and common spaces for visits with the opposite sex. Few students live in them, and the ones who do usually only stay for a year or two until they get their bearings in their new city.

Q. Why do the universities in Argentina draw so many students from other countries?

Public higher education is completely free, apart from books and other supplies you’d need, and in comparison to universities in other South American countries, private Argentine universities are still very cheap. So, many young people move to Buenos Aires and the other big cities for higher education and job opportunities (though the latest political and economic situation here and in their home countries might also have some effect). Another very important thing is that University of Buenos Aires and UTN (National Technical University) are so well known in the region that having a diploma might mean having a guaranteed job offer back home.

Q. Many U.S. students complete general or liberal arts education and don’t declare a major until their sophomore years of college, but you mentioned that Argentine students are very career-focused. When do they start deciding which future path is right for them?

In Argentina, after finishing primary education around age 12, you have to decide which high school you want to go to. Our high schools are focused the way U.S. colleges are. High schoolers choose between art school, vocational school, teacher-training school, prep school, etc., and their high school education lasts six years. High school students feel quite prepared to continue their career-focused studies at a university level, but it’s true that some fresh university students feel confused after their first or second years and change departments or leave their university studies altogether. Depending on the degree a student pursues and the number of subjects they take a semester, it can take up to seven years to get a university degree. (Engineering and medicine take the longest.)

Q. By working for Student Caffé, you’ve learned a lot about the process of attending and applying to college in the United States. Has any aspect of our educational system surprised you just because it’s so different in your home country?

I've been learning a great deal while working through Student Caffé’s articles and I'd say I’m surprised at how well organized everything is. We have a different work style, mostly influenced by our ancestors who came to Argentina to escape World War I and World War II. I wouldn’t say we are disorganized but we have still a lot to learn, so organization is one of the things I most admire about the U.S. educational system. On the other hand, I am also surprised—and horrified—by the amount of violence in U.S. classrooms and school corridors. That much violence is foreign to us, and I would suggest prioritizing respect between students.

Q. You’ve helped Student Caffé with various translation projects. Have you ever encountered an education-related word in English that was difficult to translate into Spanish?

I find it difficult to translate when it comes to acronyms (like TASC and ATB). Sometimes I need to use words that aren’t common in Spanish when I want to explain something, and so the acronym isn’t the same in both languages. I had difficulty translating ETS, which North American students know as the Educational Testing Service which administers the GRE and other tests. Spanish-speakers already know that acronym for something else, however: enfermedades transmitidas sexualmente, or sexually transmitted diseases.

Q. What might a North American student find surprising about an Argentine classroom?

Argentine people like socializing, so it makes sense that one of Argentina’s favorite traditions is to share mate with friends and colleagues. It’s a traditional drink made with mate herb and served with hot (sometimes cold) water in a mate gourd, kind of like a tea. You shouldn't be surprised if you see it being passed around in a classroom during lessons or even during tests.