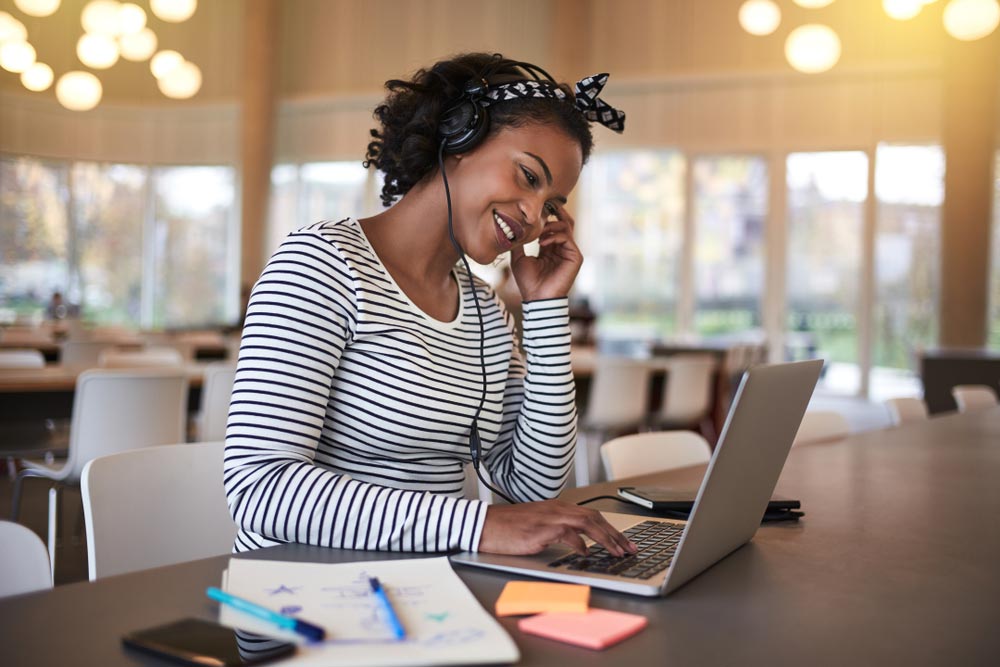 Although I headed to college to earn my bachelor’s degree immediately after high school, as many do, I also returned to college later, as an adult, to work toward a master’s degree. I didn’t follow the traditional bachelor’s to master’s path, though.

While an undergraduate, I’d started working as a therapist for children with special needs. I enjoyed it and wanted to become a supervisor, which required a certification. After I graduated I worked under supervision for about a year, taking some online classes that were required before I was allowed to sit for my certification test.

After receiving my initial certification, I didn’t have any plans to pursue a master’s degree because I didn’t think it would have an effect on my career prospects. But, within a year of becoming certified, insurance companies started requiring supervisors to have master’s degrees and a higher level of certification. So, I had to go back to school.

The closest campus that offered a master’s degree in my field was about a two-hour drive (one way) from my house. I was in a serious relationship, and neither of us really wanted to move to the city where the campus was located. I began exploring online programs, which had increased in popularity in recent years. I ended up choosing an online degree program that was offered through an accredited brick-and-mortar school.

I worked part-time (about 20 hours per week, including commuting time) and attended school part-time (six to nine credit hours per semester). While working and learning, I gained experience with online degree programs, including their pros and cons. I also learned firsthand about the struggles involved in transferring credits between institutions.

The biggest lessons I took away from this experience as an adult student were:

Getting used to the routines of school again can be tough. I actually think I had an easier time going back to school because I had only been out of college for about a year before starting my graduate program, and I was taking courses toward certification while out of school. Even then, getting back in the routine of tests, studying, and writing papers was a little difficult. One time, in the middle of my program, I accidentally saved over the first two pages of a paper I had been writing. I spent hours trying to recover it on my computer, without any luck. I yelled, cried, and cursed at the computer for a while, and then took a deep breath and started the paper over. The fact that I vividly remember that day some four years later is a testament to my stress level.

Juggling work and school is a lesson in balance. I was fortunate in that I was able to work part-time while going back to school and that some of my prior credits were able to transfer over, so I only needed to spend about a year in my master’s program. Still, balancing work and school (and my own sanity) got tricky at times. If I had a paper due on Thursday for school, and reports due on Wednesday night for work, I had to plan out my days to make sure I got everything done in time. I frequently made lists of all the things I needed to do that day or week, marking items off as I completed them. For extra-busy days, I wrote out a schedule of everything that I needed to do and how much time I was planning to spend on each item.

Transferring credits is a painful process. Some of my certification credits could also count toward my degree program, so I decided to try to transfer the credits to my new institution. I hadn’t realized that there was a cap on the number of credits that could be transferred, though, so I was disappointed to find out that I’d have to pick and choose which credits I wanted to count. Even then, some of my transfer credits consisted of classes that covered different material than the classes they counted as at my new institution. So, even though the programs at both schools covered generally the same information, they did it in a slightly different order. I ended up repeating some of the material despite having already taken an “equivalent” class.

Online degree programs have pros and cons. Being able to watch lectures in my pajamas from my laptop was hands down my favorite part of taking classes online. However, I didn’t realize until later how little of a connection I made with any of my professors. I can remember the names of many of my undergraduate professors (from when I was on-campus), but none of those in my graduate program (which I took online). I didn’t think it was that big of a deal at the time, but if I ever needed a recommendation for another program, I wouldn’t be able to count on any of the professors from my online degree program.

Overall, I’m happy with my choice to enroll in an online degree program, and I feel that the pros outweighed the cons. I think my online program worked for me in part because I already had connections in my field. If I didn’t already have a network of colleagues, the lack of connection with the professors in an online program would have put me at a serious disadvantage. Anyone considering an online degree program should consider their own personal preferences and their (prospective) career, and make the choice that is best for them!