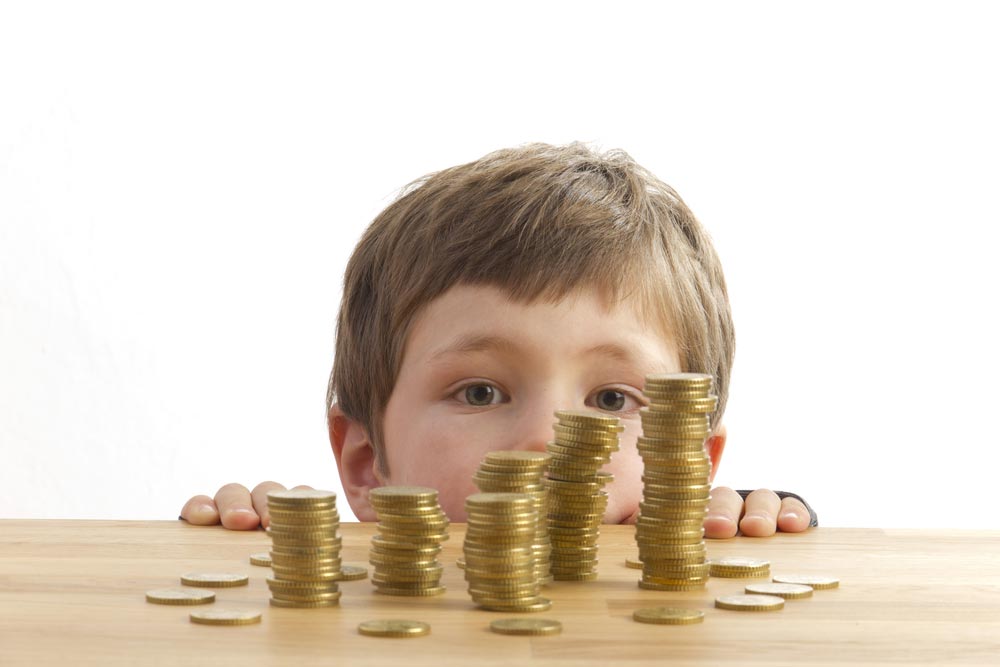 Note: This post was submitted to Student Caffé by Ray FitzGerald. Ray holds bachelor’s degrees in both journalism and education from the University of Florida and St. Leo University. He is a long-time teacher of the gifted in an elementary classroom setting and works with parents, educators, and children at www.RaiseALegend.com to help raise a generation of legendary children. We would like to thank him for his submission and credit him as the author of this blog post.

As new parents, we often spare no expense on our little bundles of joy. The best formula and baby food; the most comfortable cribs, strollers, and diapers; and clothes that children grow out of in two weeks can get pretty expensive, but we deem these purchases “worth it.”

Unfortunately, those expenses are nothing compared to the overall costs of “raising” an adult child. Today’s parents are quickly finding out that their children could end up costing them far more after leaving the nest than they did before.

As of 2017, the U.S. Department of Agriculture estimated that parents spend an average of $233,000 on each child before he or she turns 18. But, according to a new study cosponsored by Merrill Lynch Wealth Management and AgeWave, the most costly time to have kids is when they're actually adults.

The study looks at parenting from three unique stages—infant and toddler, elementary through high schooler, and adult. Only 11% of the 2,500 parents surveyed said the infant and toddler stage was the most expensive for them when raising their children.

Furthermore, more than 80% of the respondents said that the infant and toddler stage was actually the least expensive part of parenthood. Most did admit, though, that this time brought about the greatest lifestyle changes. Approximately half of the mothers surveyed said they left the workforce for a substantial amount of time following the birth of their child and changed jobs afterward to create greater flexibility in their schedules. Fathers were more likely to switch jobs to improve their pay and benefits as well as take on second jobs or extra hours to meet their family’s new financial needs.

A perk of the expenses associated with the infant and toddler stage is that many of the items purchased retain some sort of resale value. New parents are always looking to save money on cribs, strollers, and baby clothes—and garage sales are a great way for parents to get rid of items they don’t need and prepare for the rising costs ahead.

And those costs will rise quickly once children reach school age. They require payments for extracurricular activities, school supplies, and the emergence of new childhood hobbies. Let’s not even talk about the high costs of private schools and tutors for parents who choose those routes.

Unfortunately, clothes that elementary, middle, and high schoolers grow out of take a beating—and don’t quite have the same resale value as a pristine infant onesie that was only worn twice, if they retain any resale value at all.

The teenage years brings with them “toys” that only increase in price, as attentions turn to iPhones, computers, and cars. Both parents and children often fold to peer pressure at this stage, with 69% of surveyed parents saying that they felt they needed to provide for their kids the same luxuries that their friends have.

That need to keep up with the Joneses can get expensive really quickly.

But even those costs are small change compared to price tag associated with adult children. More than 45% of survey respondents said that the adult years were the most expensive stage of parenthood—especially when you factor in the ever-rising costs of college tuition and books, cars, groceries, and weddings, as well as occasional deposits into a checking account when money gets thin.

In 2018, tuition and fees for four years at an in-state public college averaged approximately $39,000—and private institutions routinely surpass their average of $143,000. In addition to those massive costs, many of the parents surveyed said that they also chip in for other expenses, including rent, vacations, and cell phone or cable services.

Roughly one in eight of the surveyed parents said that they spend, on average, approximately $6,600 each year on their adult children. That’s more than double the average amount they contribute to their own retirement accounts.

When it’s all tallied up, parents of adult children in the United States spend more than $500 billion each year on their offspring between ages 18 and 34. That’s just shy of the $590 billion the U.S. government spends to fund every facet of its military

That would buy a lot of diapers and formula.

Despite the financial sacrifices parents face, 93% of survey respondents said that parenthood is the most rewarding aspect of their lives and 94% said that raising children—and the associated costs of doing so—is “worth every penny.”

One mother surveyed even said that she delayed her retirement a full eight years, and worked well into her 70s to financially support her daughter, whose husband had medical issues that kept him from working a full-time job.

These are dilemmas we all may face one day as parents, and decisions we shouldn’t take lightly. Many parents see money simply as a means to an end; the point of earning it is to achieve happiness. If your version of happiness is seeing your child succeed, then contributing to his or her well-being into adulthood may make sense for you.

The most important thing parents can do, though, is to properly budget what they have and project their savings into retirement. And then follow that up with a sincere conversation with their children about what they can afford to contribute and what their limits are.

“When emotions and money become intertwined, parents risk making financial decisions that can compromise their—and their children’s—financial futures,” said Lisa Margeson, head of retirement client experience and communications at Bank of America Merrill Lynch, in a press release. “Parents can navigate this difficult balance by setting clear boundaries about their level of support, fostering financial independence in adult children, and reconciling spending on children with long-term savings goals to avoid jeopardizing their own financial security.”

Are you ready for the cost of your child’s adulthood? What are you doing to prepare for the oncoming expenses?