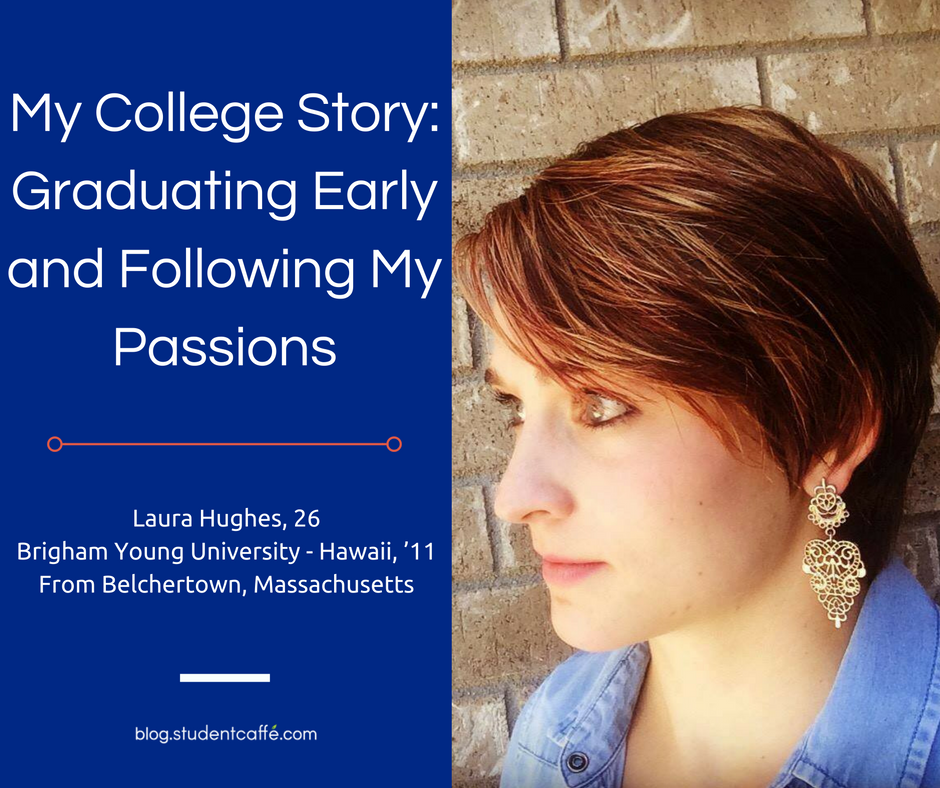 Q. Where did you attend college and when did you graduate?

I first attended BYU-Hawaii in the fall of 2008. When I met my husband-to-be and learned that he was going to graduate in 2011 and then get stationed somewhere else with the U.S. Army, I knew I needed to speed up my graduation timetable. I attended BYU-Idaho for a semester, and then returned to BYU-Hawaii. After talking with my advisors, I learned that I could take more than 19 credits a semester, and that wasn't enough. So, I enrolled online through University of Utah and BYU-Provo for 27 credits the final semesters and was able to graduate in April 2011 with my BA in international cultural studies with a TESOL [Teachers of English to Speakers of Other Languages] certificate and cluster (it's like a minor of sorts from BYU-Idaho) in French.

Q.You moved across the country to attend college. How did you know that was the right choice for you?

Religion has always been very important to me. While I had some really excellent friends in Massachusetts, being the only Mormon had its challenges. I wanted to experience what it would be like to have a bunch of friends who shared my beliefs, and since I hoped to find my future spouse in college, I decided that I wanted to study at an LDS [The Church of Jesus Christ of Latter-day Saints] college. That left BYU in Utah, Idaho, and Hawaii as the options. I was accepted to all three schools. Since I've always been interested in different languages and cultures, I knew BYU-Hawaii had the best program for that given the diversity of the student population.

Q. What did you study and why?

When I was 17, I went on a service trip down to the San Blas Islands in Panama. I was amazed that our group leader got paid to take us on this trip, whereas I had paid to go. I found out that she studied cultural anthropology, and I had that on my radar ever since. I had many varied interests but I decided that since I planned from my childhood to be a stay-at-home mom, I felt impressed to study whatever most interested me, rather than what would best prepare me for a high-paying career. I considered studying music, because I love singing and I dabble in guitar, but I decided it was best kept as a hobby. When I learned more about what cultural anthropology entailed, I was sold.

Q. How have you used your education in your day-to-day life?

While I'm not helping purify water in Africa or teaching English is South America, I think that I have used things I learned [while] studying international cultural studies in my social life. As an Army wife, I have moved nine times in five years. And while it has all been within the United States, there are various subcultures that I've been exposed to and been a part of. My education has helped me with my own culture shock and has helped me identify my own ethnocentrism. It's overall helped me to be more open-minded to the many people I've met and their lifestyles, religions, etc. 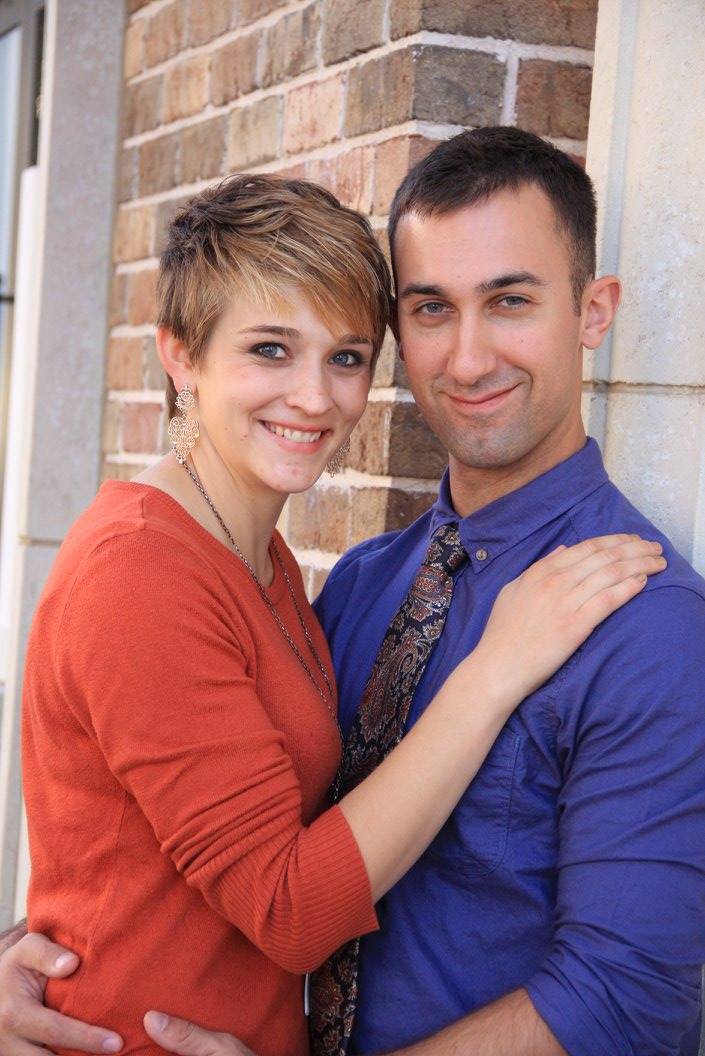 I started writing fiction when I was 13. I loved playing in the woods outside my house in Massachusetts and my imagination ran wild. I wanted to share those stories with other people.

Q. What are your books about?

They vary pretty widely at this point. I've had a few editors advise me to narrow my scope a bit, but I don't want to limit myself. To me, part of what is so great about writing is the freedom, so if I write exclusively in young adult romantic fiction, that's limiting my freedom. The duology that is already out, Arrows and Archers, is a contemporary romance with some fantastical elements. My book, Allies of Ignorance, to be released in about a month, is more of a juvenile fantasy with some dystopian elements.

On my desktop I have a new adult crime thriller as well as a dystopian Cinderella/sports story. You can read first chapter samples on my website: www.larahues.com.

Q. What draws you to writing?

Honestly, I have tried to stop writing. It takes so much time and emotional energy, and even if you can get people to read it, they won't appreciate how much you've dedicated to the work. It takes someone three hours to read a book that took me two years to write.

But I can't stop writing. I love it. It's freedom and an escape. If I don't write, the character and stories don't leave me alone. They keep me up at night until I write about them. So, while it may not be rewarding in a monetary way, it’s fulfilling to create characters, personalities, and worlds.

Q. What are your aspirations for the future?

Dangerous question, and it would take a whole book to answer in its entirety.

Realistically, I'd like to publish the four other manuscripts I have on my desktop. Obviously I'd like to sell thousands of copies and participate in book signings. I dream of selling rights to a film agency, then asking them to cast me in the movie of my book. Heck, I'd even love to sing on the soundtrack. That would be amazing. Once my kids are grown, I want to travel. Teach English around the world to help kids broaden their opportunities for the future. I'd love to be involved in some nonprofit helping with women's rights, health, etc.

Meanwhile, I'd like to buy a house, have a few more kids, get a dog, get my blue belt in Brazilian Jiu Jitsu, and get a little better at distance running.

Q. If you had a life motto, what would it be?

Some combination of "You haven't failed until you've given up" and "If you're happy with who you are, then don't care what other people say" and "Happiness is much more dependent on our focus than our situations."