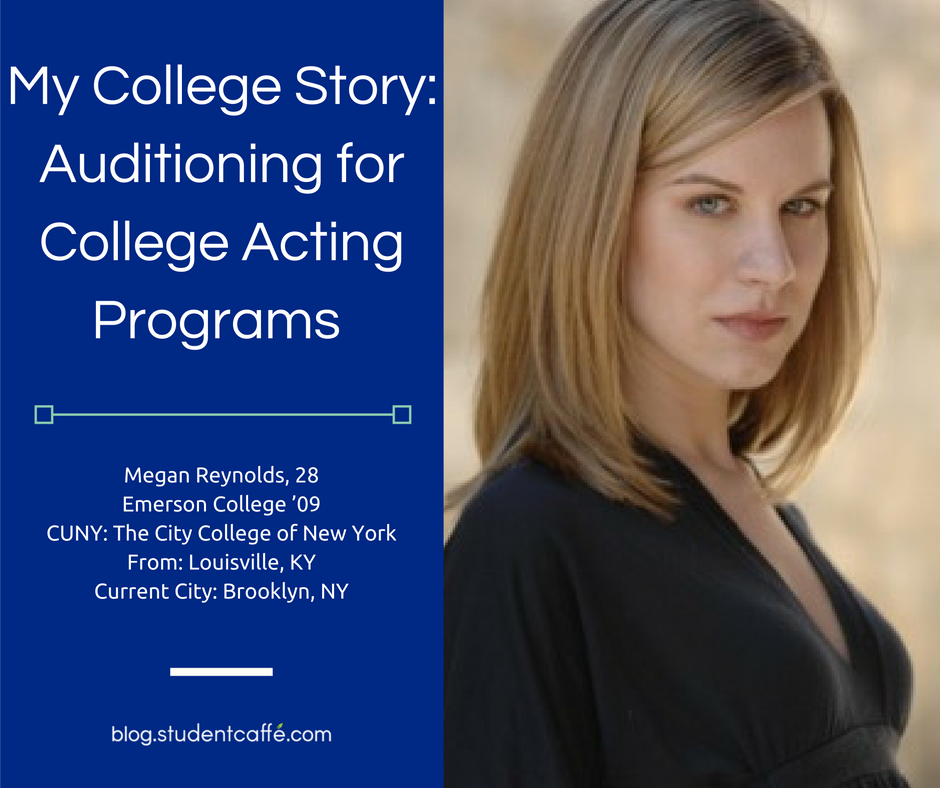 Megan’s headshot from her senior year of college. (Megan Reynolds)

Megan Reynolds has always loved theater, but it wasn’t until high school, when she enrolled in a performing arts magnet, that she decided to study acting in college. After strenuous college acting auditions, she was accepted to Emerson College’s BFA program in acting. Now, after graduating and performing professionally, she is working toward her master’s in educational theatre at CUNY: The City College of New York.

Q. You started acting in early childhood. Did you always know you that you wanted to study acting in college?

I always loved to direct and perform in plays as a child, but I don’t think I considered acting as a serious career until I was in high school. I can’t tell you the exact moment I knew I wanted to study acting in college, but I imagine I made the decision sometime during my sophomore or junior year. My peer group and school environment probably had the most influence on my decision. You see, I was attending a performing arts high school and many days my teachers told my classmates and me that if we didn’t envision ourselves as professional performers in the future, we should get out of the program. We were constantly reminded that only a small percentage of people who decide to pursue acting would be successful, and if we wanted to “make it,” we would have to work hard and fully commit to the profession. In a way, I was set up to believe that considering other options for the future was a sign of failure. Furthermore, I was taking one to two performing arts classes a day, I was rehearsing shows after school, and all my friends were actors. I was so engrossed in acting, it was hard to see any other career path.

Q. How did you choose between attending a conservatory and majoring in the performing arts at a traditional four-year college?

A scene from a play Megan devised and directed at Emerson College for her senior thesis project. (Megan Reynolds)

I knew I wanted to study acting in college, but I also wanted to continue to challenge myself academically. I was a straight A student who excelled at math and science, and I didn’t want to give up those subjects. Part of me knew that I might change my mind about acting in the future —although I’m not sure I would have admitted to that—and I wanted to be as well rounded as possible to ensure I could do other things. For that reason, I chose to look at liberal arts schools over conservatory programs. Emerson College was my first choice because its acting program ranked among conservatory programs, but it offered a strong liberal arts curriculum as well.

Q. What type of pieces would you recommend students choose for their college acting auditions?

Before picking monologues for college acting auditions, look at the websites for every school you plan to apply to. Along with application requirements, the college should provide audition instructions. Usually, you can find these on the theater department’s page.

Once you have found out what each school expects, you can create a list of what you will need. Most likely, you will need at least one Shakespeare monologue, one contemporary comedic monologue, and one contemporary dramatic monologue. You may also need a classical piece other than Shakespeare, a modern piece from the late 1800s or first half on the 20th century, and an additional Shakespeare piece that contrasts with your first selection. I recommend preparing six monologues in total if you can.

Picking great monologues might be the hardest part about auditioning. There are certain plays that are overused that no auditioners wants to hear for the thousandth time. There is no way that I can create a full list of these pieces, so it’s best to ask a theater professional if you are unsure. Also, no one wants to hear Shakespeare butchered, so if you have never been coached on a Shakespearian piece, reach out for help. The best thing I did to prepare for auditions was hire an audition coach.

An audition coach can help you find characters in plays that you can feasibly be cast as. He or she can help you understand the meter used in a Shakespearean monologue and help you dissect any lines that are unclear. If you can’t afford to hire an audition coach and can’t reach out to your theater teacher for help, I recommend buying Speak the Speech!: Shakespeare’s Monologues Illuminated and Shakespeare’s Words: A Glossary and Language Companion. 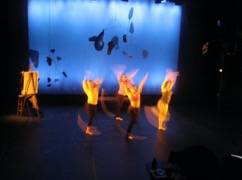 If you buy a contemporary monologue book, make sure the monologues are from actual plays. It’s frowned upon to use monologues that are just written for a reference book. Also, read the play if you intend to use a monologue from it. Auditioners will know the context of the scene and will expect you to as well.

I could go on and on about choosing good monologues, but I will summarize the main points. Choose monologues where you are speaking to someone and you are trying to get them to do something. Find pieces where your character is changed by the end. Look for characters that you connect with or that excite you. Don’t perform monologues with inappropriate language. Don’t go into a room with the intention to shock the auditioners. Select monologues that prompt you to be vulnerable and honest in your performance and are appropriate for your age range.

Q. Do you have any other advice for students planning their college acting auditions?

Make sure to schedule your audition slot as early as possible. If you can, I recommend going to each college’s campus to audition. This demonstrates your commitment to the school, which might help set you apart from other students. Unified auditions are also a great option for students. I participated in the Chicago National Unified Auditions and was able to audition for multiple schools in one day.

Q. Many programs require their applicants to submit a résumé of their theatrical experience. What was the range of experience in your program? Were there some students who had never or hardly acted?

Yes, there was certainly a range of experience. Most people had been acting since childhood, but some started acting in the middle of high school. Many students, like me, had already been in professional productions by the time they got to Emerson. However, I think that undergraduate acting programs are more interested in a student’s potential than in their previous experience. Most of the time, acting professors will try to strip away all of a student’s old acting habits within the first couple of years of college anyway. Then, they will build the student back up in the style the school prefers. At Emerson, I noticed that students with less experience before college were more receptive to this kind of training.

Q. Obviously, your formal education in theater has influenced the actor you’ve become. In what ways has it shaped you into the person you are off stage?

Theater taught me how to collaborate. Directors, actors, stage managers, designers, and technicians all have to work together to make a production successful. Performing also gave me confidence. I learned to speak up (project) and articulate my opinions on and off stage. Throughout my acting training, I found power in allowing myself to be vulnerable, and I realized that expressing emotion is not a sign of weakness. Additionally, portraying characters that were very different from myself helped me understand others’ perspectives. I am proud that theater has helped me become a more compassionate person.

Obviously, my acting training had quite a positive effect on me. Now, I am determined to help others discover the benefits of theater education. Driven by this mission, I am currently in graduate school to become a drama teacher.