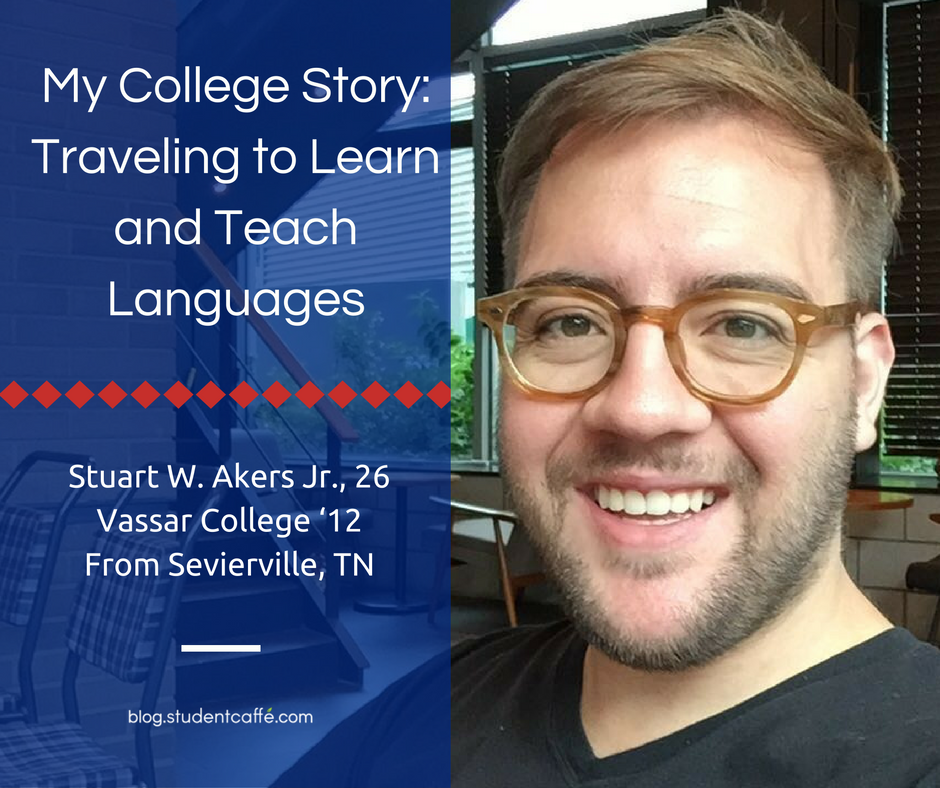 Stuart W. Akers Jr. has come a long way since high school, quite literally. He moved some 800 miles from Sevierville, Tennessee, to Poughkeepsie, New York, to attend Vassar College. In 2012, he graduated with a bachelor’s degree in Russian language and literature. Not long after graduation, he jet set to Asia, where he has been teaching English to students ages 6 to 13. His career began in Jeonju, South Korea, but he recently took a new job in Singapore. His experiences have given him the opportunity to travel, pick up new languages, and meet people from different backgrounds, proving that even teachers learn new things every day.

Q. You’re from a small town in Tennessee, and many of your classmates stayed in state for college, if they pursued higher education at all. What compelled you to attend a college so far away? How did you make it happen? 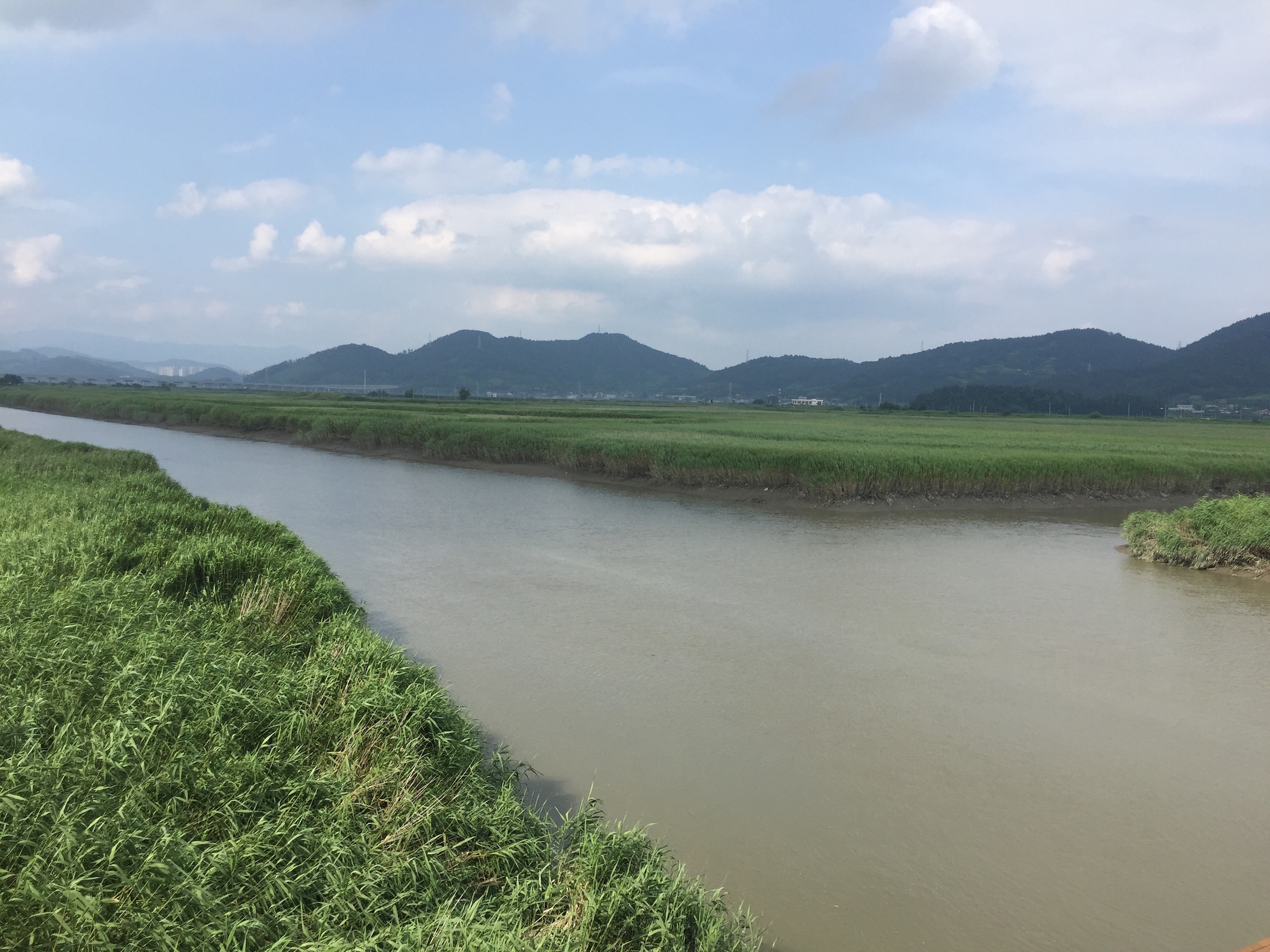 It almost didn’t even happen! I participated in QuestBridge, a nonprofit program that links high-achieving low-income students with educational and scholarship opportunities at leading U.S. colleges and universities. I filled out a 20-page application in early September. The process was grueling, and once I finished, my application was sent to the schools I had chosen, similar to binding early decision. If I matched with any of my schools, I would agree to attend and receive a full tuition scholarship. Unfortunately, I was not matched with any of the schools on my list, Vassar included. But the great thing about the program was that it allowed you to roll over your application into regular decision to schools on your list.

So, the biggest motivating factor for me was the chance to attend a school with great financial aid. I remember Vassar sent me a notification about applying for financial aid and filling out the FAFSA before I had been admitted. A courtesy reminder. I was going to ignore it, but my counselor suggested I fill it out just in case. I was so thankful I did because Vassar accepted me into the class of 2012. After reviewing the award package, there was no other choice.

I was told by many of my high school teachers that I would make a great teacher, but I didn’t have any plans to be a teacher. I signed up to take a couple of education classes at Vassar, but I just found they weren’t for me. After graduation, I worked in marketing at an interior lighting company. It was a great experience, and I loved all that I learned, but I kept hearing, “Stuart, you’re 22; why do you want to work in an office?” It was like all of these people looked at me and saw that I had the chance to do something else, that time was on my side. Maybe it was something they wished they had done. Not really sure. If I wanted to go abroad, I would need to have a job. Teaching English in Korea is an easy job to get. I had studied Korean at Vassar, and so it made life easier in some ways, but in no way is knowing the language required. 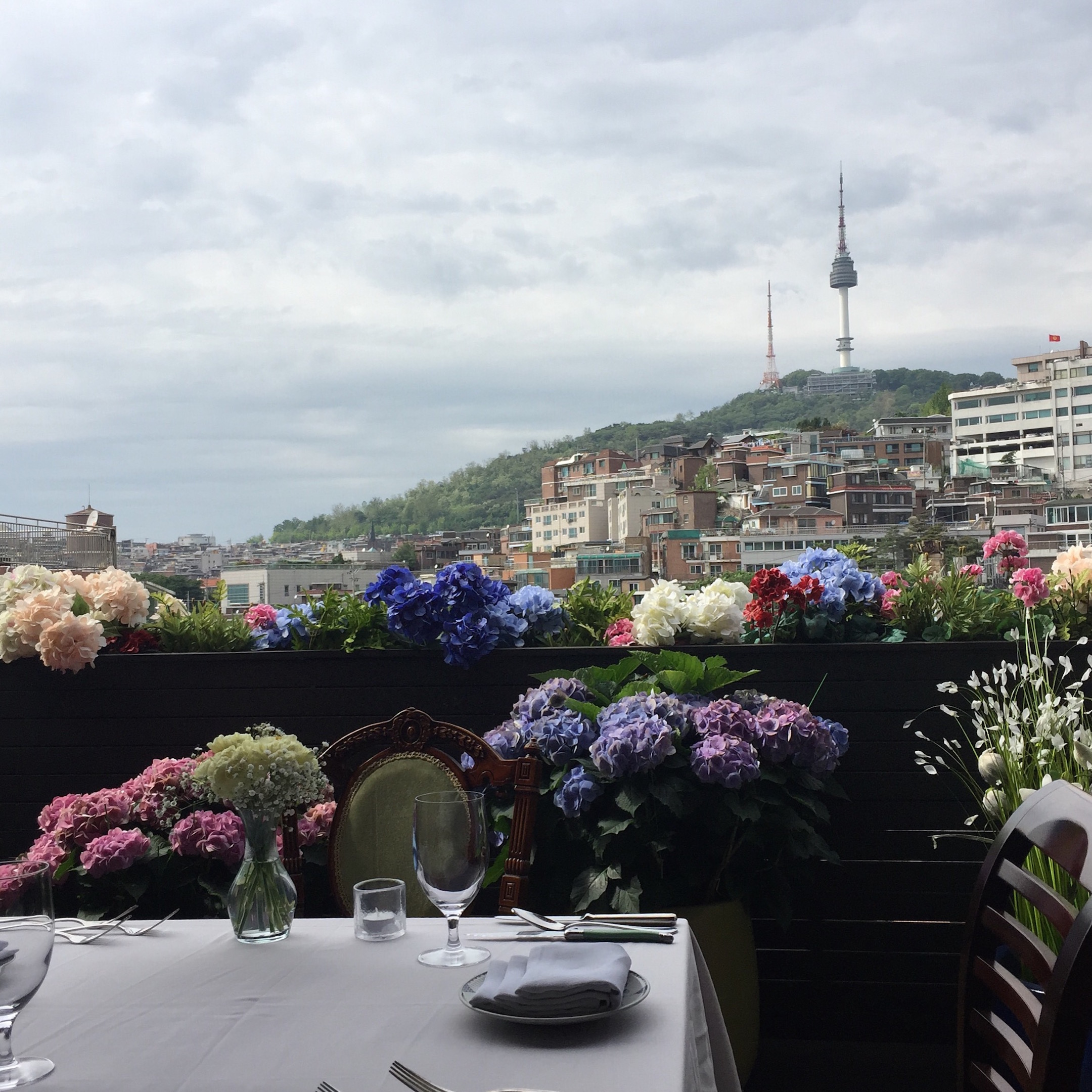 Q. How did you hear about your first opportunity to teach English in South Korea?

A friend from Middlebury College Russian Language School had been working near Seoul for about a year, and she encouraged me to apply to private institutions in Korea. The most teaching I had ever done was assist at the nursery school at Vassar College during winter breaks, but I went through a recruiter and was placed in Jeonju, South Korea, a town about two and a half hours from Seoul. My advice for any would-be teachers is to try to apply for the public school program, EPIK (English Program in Korea). I think it’s a more structured environment and provides great resources and support systems that were unavailable to me.

Q. What are some of the challenges of teaching English?

No one tells you what it’s like to be in charge of 30–90 kids, as is the case in some private language institutions or schools. You develop a relationship with each student, and the days when your students leave or cry in class can be gut-wrenching. You grow to care about them.

But one thing in particular I didn’t enjoy about private language institutions, or hagwons, is that they are a business first and foremost. So, keeping the student in the institute is the most important thing. Unfortunately, standards may suffer and you do as you’re told because this is your job. 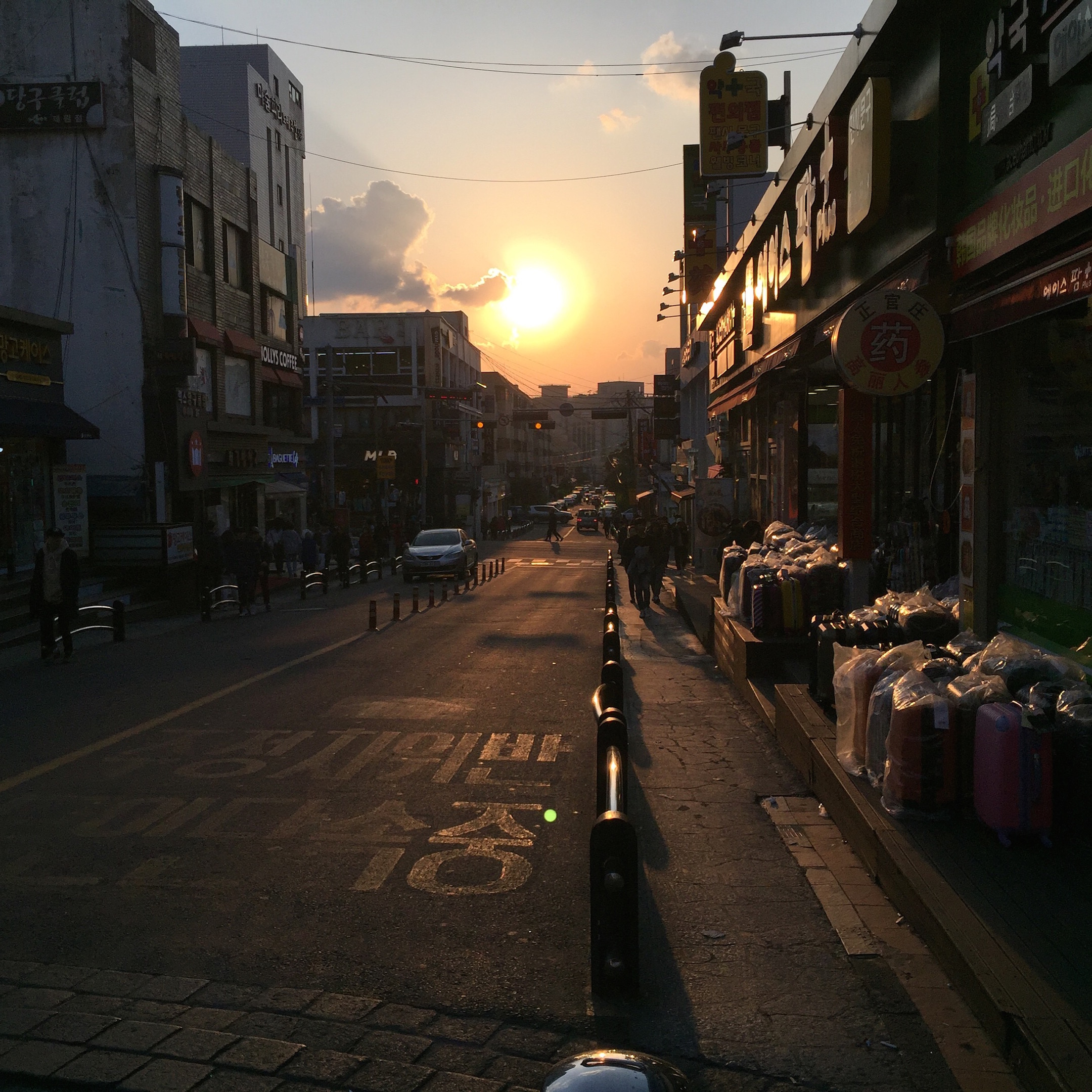 As to actually teaching, it’s challenging to keep the students motivated and engaged in learning. They have spent all day studying at school or other academies for math, science, or the arts. And here they come to sit for up to three more hours to learn English. I think that would be challenging for most kids anywhere. So, I look at how I can get them to think critically and make sure I infuse my lesson with enough enthusiasm and fun that they enjoy my class.

Q. When you move around so often, is it hard to make connections and friends with the locals?

I find it easy to make friends with the locals. In Korea, I’ve made many friends after they learn I can speak Korean well. People tend to be shy when using English, and being able to smooth that awkwardness over by using their language, it creates a sense of understanding. As you may know, a language is not just words, but a culture, an ideology, and the arts and history that give meaning to the words you speak. 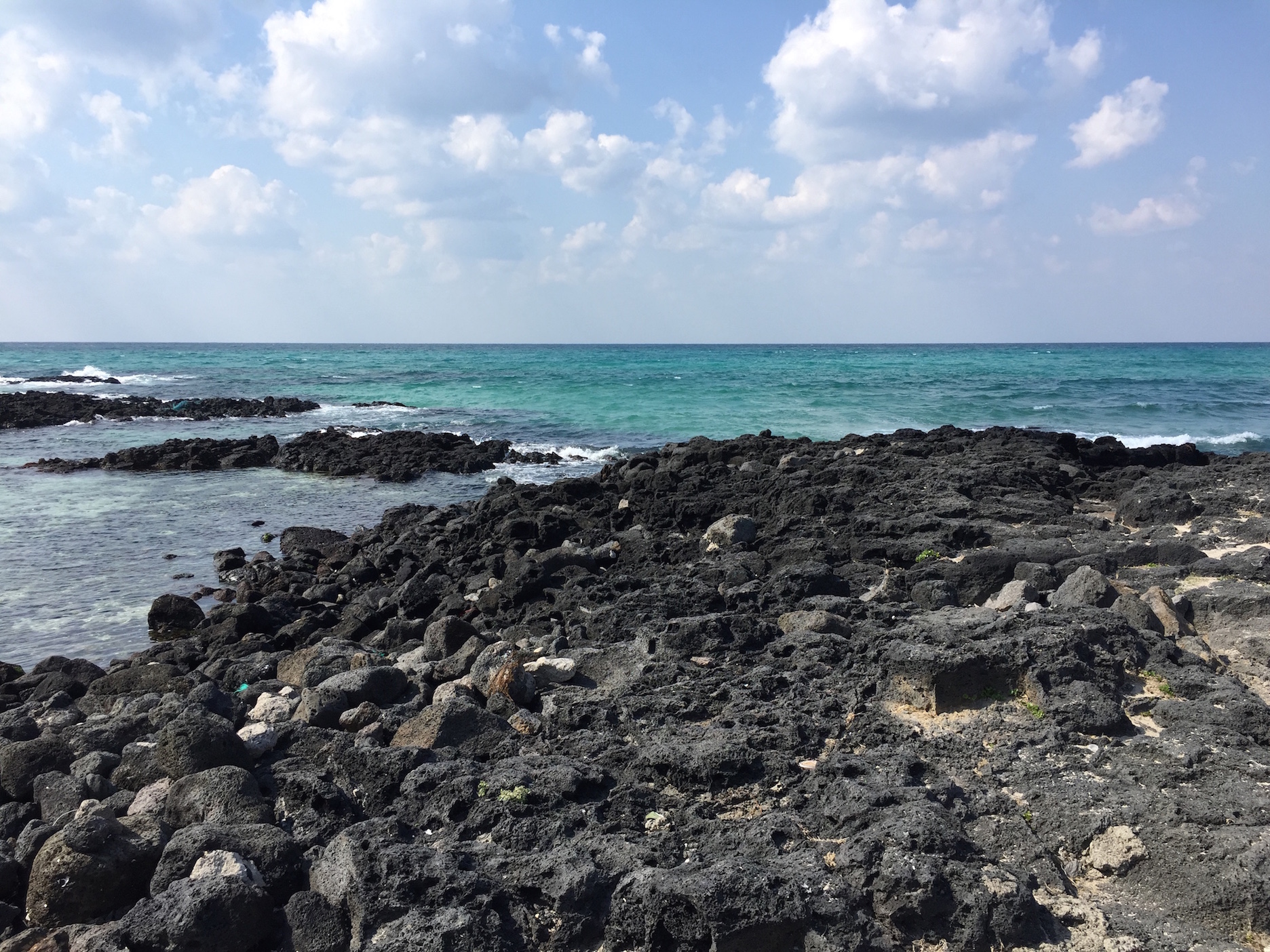 Many Koreans are curious about my interest in Korean, so after the oddity factor wears off, I feel very accepted. But some of my best sources of conversation or daily delights were with my local baristas. We got to know each other day by day. I made an effort to talk with them even if they were being shy. I wanted to improve my Korean, and since coffee culture is huge in Korea, I did as the locals would, and filled up on caffeine and hot water. Many teachers stay in Korea for only a year, so the English teaching community is always full of people coming and going. But by making friendships with local people, it allows for more stability.

Q. It’s been years since you were last in the United States. What do you miss the most?
I miss spending holidays with my friends and family. It’s great to get those breaks where you can just relax with those closest to you with no walls or boundaries and unapologetically be yourself.