Of the students who take a second language in middle and high school, many struggle to put together a sentence after graduation. When I took Spanish classes, I watched some of my classmates flip through flashcards and memorize conjugation charts the day before big tests. They received A’s and B’s, but they retained very little after the exams. Of course, these kids were going about it all wrong. They were setting goals to pass their foreign language classes, but not to actually become fluent.

Cramming for any kind of test is generally ineffective, but it’s especially fruitless when it comes to foreign languages. Most people develop second-language skills through immersion, and I was no different. I improved with time, after 16 years of classroom study, and I hit the language-learning milestones gradually:

✓  Holding a conversation in Spanish

✓  Living abroad on my own without a language-related disaster

✓  Enrolling in a full course load taught in Spanish

✓  Translating text into Spanish for my job at Student Caffé

My point is, I didn’t learn the language overnight. No one does.

If you have a foreign language exam ahead of you, hopefully you’ve been studying all semester. If not, listening to recordings in your second language while you sleep is not going to help. It’s not that easy. Regardless of your language of study or your level, commit to it by practicing grammar, reading, listening, and speaking.

Crack open a book in the 501 Verbs series. 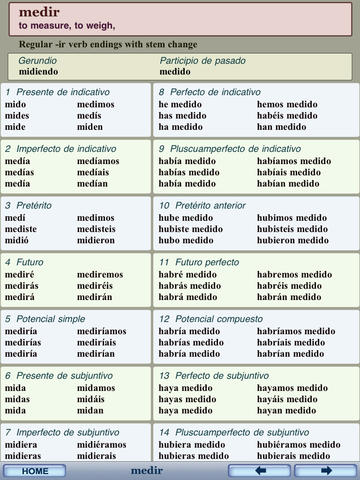 If you’re having trouble with the subjunctive or any conjugation at all, look no further than one of Barron’s 501 Verbs books. This series of books is available in Arabic, English, French, German, Hebrew, Italian, Japanese, Latin, Portuguese, Spanish, and Russian, but they all follow the same layout.

Sit down with one of these bad boys, and you’ll notice that each page is dedicated to one of the 501 most popular verbs in the language. The verb is then conjugated in all possible tenses (present, imperfect, subjunctive, etc.) according to all possible subjects (I, you, he, we, they, etc.).

Not only did my copy of 501 Spanish Verbs serve me as I wrote dozens of essays for my foreign language classes, but I also practiced my conjugation until it came quickly and easily to me. To prepare for my high school grammar tests, I would flip to a random page and conjugate the verb I found, even if I had never seen it before. It forced me to learn the rules and to conjugate on the spot, thereby improving my speaking ability.

The same authors used to publish a 201 Verbs series as well, which covered several other languages including Dutch, Greek, Swedish, Turkish, Polish, and Mandarin Chinese. All of these, except for Mandarin, are out of print, but you may be able to find them used on Amazon.

Visit the language center at your school.

During my senior year, I worked in the Spanish language lounge as an intern for the department. You could find me there eight hours a week, ready to help any student who came in. I proofread essays, answered questions, and organized departmental events. Once a week, I reserved a table in the dining hall and hosted a Spanish-conversation dinner.

This is not atypical. Most colleges (and some high schools) have extensive resources for language learning. They may have labs with special software, foreign-language movie nights, free tutoring, and much more. At the high school level, students can often join language or culture clubs and honor societies. Sometimes, tutoring is offered before and after school in the library.

By taking advantage of your school’s resources, you demonstrate your commitment to learning the language. Professors and teaching assistants are likely to notice, and they will be eager to help you if you need extra assistance.

Speak with a study buddy only in your nonnative language.

If you make this pact, no cheating. If you don’t know a word, challenge yourself to practice circumlocution, which means finding another creative way to communicate what you want to say, even if it takes more words.

A lot of the language classes in U.S. high schools, mine included, focus on writing, reading, and listening. Speaking was a weakness of mine until I studied abroad for a summer in high school. Even then, I needed practice.

I had a friend who took almost all of the same Spanish classes that I did throughout high school. I knew him by the name he chose for Spanish class, Nico, and he knew me by mine, Alicia. We spoke to each other almost exclusively in Spanish, which became the defining aspect of our friendship. We were comfortable practicing verb tenses for exams with each other (and correcting each other’s mistakes), and we quickly learned that foreign language teachers don’t really mind if you talk in class if you’re speaking your second language. My friendship with him prepared me for the friendships I eventually made with native Spanish speakers.

It’s intimidating to speak in a foreign language for the first time. It can also feel embarrassing, especially if you doubt your ability. That’s one of the reasons that it’s great to start practicing with someone you trust: a friend or a study buddy who is also learning the language. Once you get the hang of it, it can boost your confidence and you’ll feel ready to tackle conversations with native speakers. Plus, it’s not as weird as it seems. It’s a technique that helped Michelle and Jal prepare for their A-levels on Skins, and research has shown that practicing your conversation skills will help you understand the language better overall.

There’s really no need to splurge on Rosetta Stone these days when there are so many free language-learning resources. If you’re in a foreign language class, the bulk of your material is taught in class or in your textbook; you don’t necessarily need to sit through the lesson again, but you do need to practice.

I always thought learning Spanish was fun because there is no one way to study. While I had to spend hours with textbooks for science courses, I could study a foreign language by watching TV, listening to music, reading, and talking to the classmates who were sitting next to me. Online games are just another way to learn, and many of them are free.

When you are preparing for a particular exam, it’s easy to lose sight of the real reason that we study foreign languages: to communicate with other people. Depending on the language you are learning, you might be able to practice with native speakers in your community. In addition to campus resources, be sure to check with your town’s public library and to do a quick Google search (e.g., “practice French in Chicago”). Libraries, bars, and restaurants often host language exchange events, so you can find a conversation partner easily. You could consider volunteering your language skills at free medical clinics, ESL programs, immigration agencies, and refugee resettlement agencies near you.

The internet also works to put you in touch with people who are hoping to learn your native language while teaching you theirs. In the past, I used Conversation Exchange to meet conversation partners. It’s a lot like online dating without the dating: After entering basic info about the languages you speak and the ones you’d like to learn, you can scroll through profiles and message potential conversation partners to plan an in-person or Skype meetup.

Through Conversation Exchange, I met a professional chess player, an investment banker, a horror movie enthusiast, and quite a few people who became good friends of mine. If the free service is offered in your city, you might consider using it to find a language buddy, but do exercise caution and common sense when it comes to meetups.

Think about how you use English: to read, to speak, to think, to dream, to listen. If you hope to learn a foreign language, you have to do just the same. Commit to your second language, and practice it as often as possible, in as many ways as possible. Mix up your study routine to enjoy your learning. Then, let your language take you somewhere new.