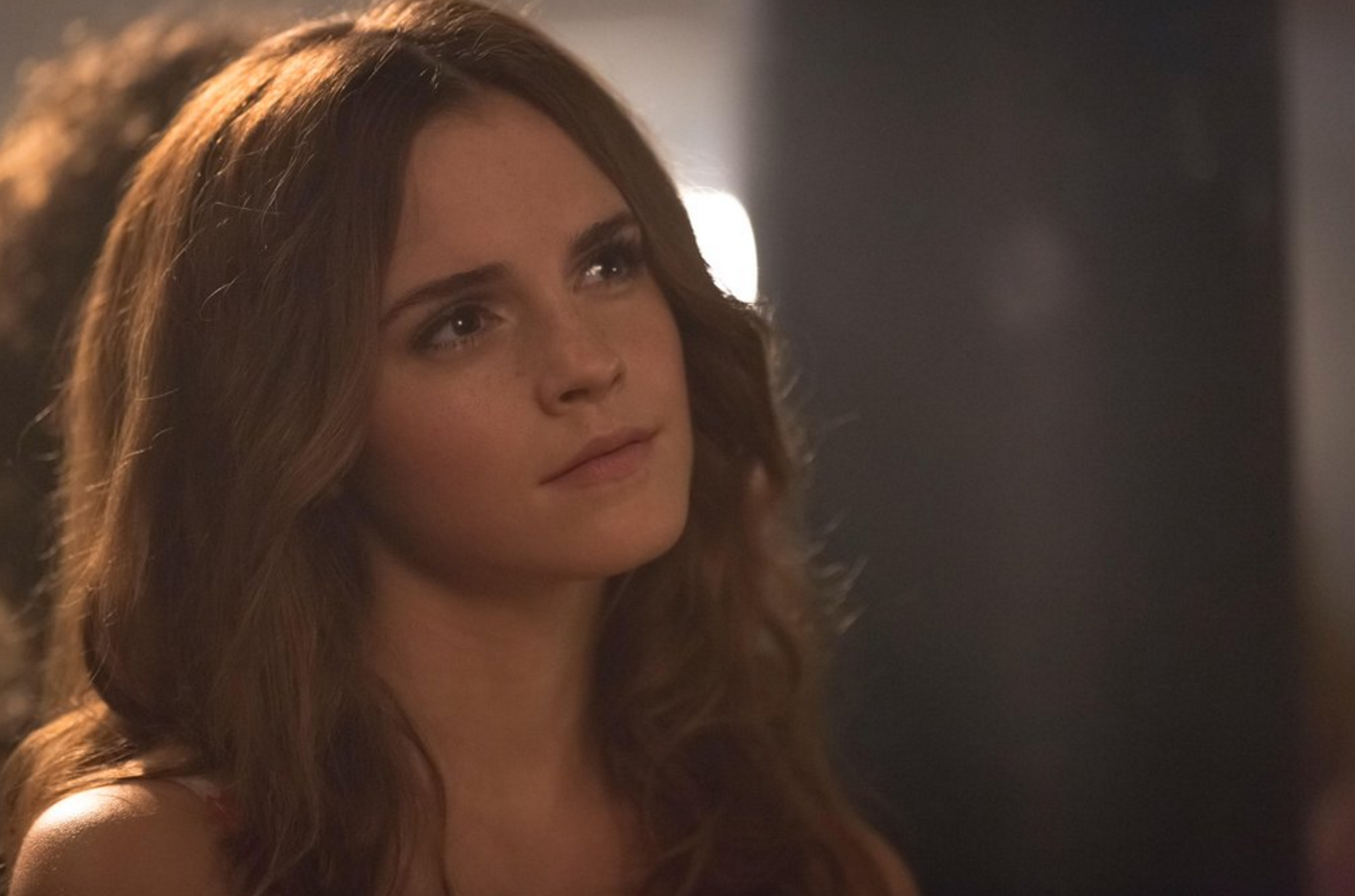 Emma Watson first bewitched our hearts playing Hermione Granger in Harry Potter, but who would have suspected that the girl who portrayed Harry’s strong-minded, reliable friend would one day grow up to be quite the role model herself?

Since her days of witchcraft and wizardry, Emma has stayed in the spotlight; she has graduated from an Ivy League school, been nominated as a Goodwill Ambassador by UN Women, and launched HeForShe, her own campaign for gender equality. She speaks up for the rights of young women and has even built a righteous modeling career, promoting fair trade and organic clothing. And she drives a Prius.

It’s safe to say, we can all learn a thing or two from her.

Emma auditioned eight times for her role in Harry Potter. J.K. Rowling had spotted the young actress in her first screen test and found her to be the best fit for the role of Hermione. The actress continues to persevere in other aspects of her life, including her fight for women’s rights, regardless of the stigma she faces. In doing so, she has received hundreds of positive responses, including one by a fan who fled her father’s abuse after hearing Emma’s HeForShe speech.

In August 2010, just three weeks after her last day of filming for Harry Potter: The Deathly Hallows Part 2, she chopped off her long locks in favor of a pixie cut. She hasn’t shied away from change since. Though she was able to attend Oxford University near her home in England, she moved across the pond to Brown University in Rhode Island because she wanted to feel a sense of anonymity. She chose to step away from her reputation as a child actor and fulfill new roles as a model, scholar, and feminist. Simultaneously, she challenged herself in her acting career, branching into comedy with her performance in This is the End and into animation when she voiced Princess Pea in The Tale of Despereaux.

When Emma stepped into the modeling world, she didn’t just strut down the catwalk for any high fashion designer; she worked to promote fair trade and organic clothing. Instead of focusing on becoming more famous in Hollywood, she became an ambassador for Camfed International, a movement to educate girls in Africa.

In 2015, after the launch of HeForShe, Emma asked her followers to challenge social norms as well. “Young men, have you spoken up in a conversation where a woman was degraded or dismissed? How did this affect you? How did this affect the woman you stepped up for?” She went on to question, “Writers, have you challenged the language and imagery used to portray women in the media?”

4. Gratitude is the best attitude.

Emma has always been proud of her career, which began with her role as Hermione Granger. In fact, at the age of 24, speaking in front of the UN, she joked about her career transition, “You might be wondering, who is this Harry Potter girl?” In that very same speech, she declared that her life is a privilege; without seeing her gender as a limitation, her parents, mentors, and schooling all allowed her to achieve all that she set out to do, and she realizes that not all girls have that privilege. When she interviewed Malala Yousafzai, Emma began with gratitude, telling Malala that she is her hero. When selected to serve as a UN Women’s Goodwill Ambassador, she called it, “...truly humbling [because] the chance to make a real difference is not an opportunity that everyone is given.” 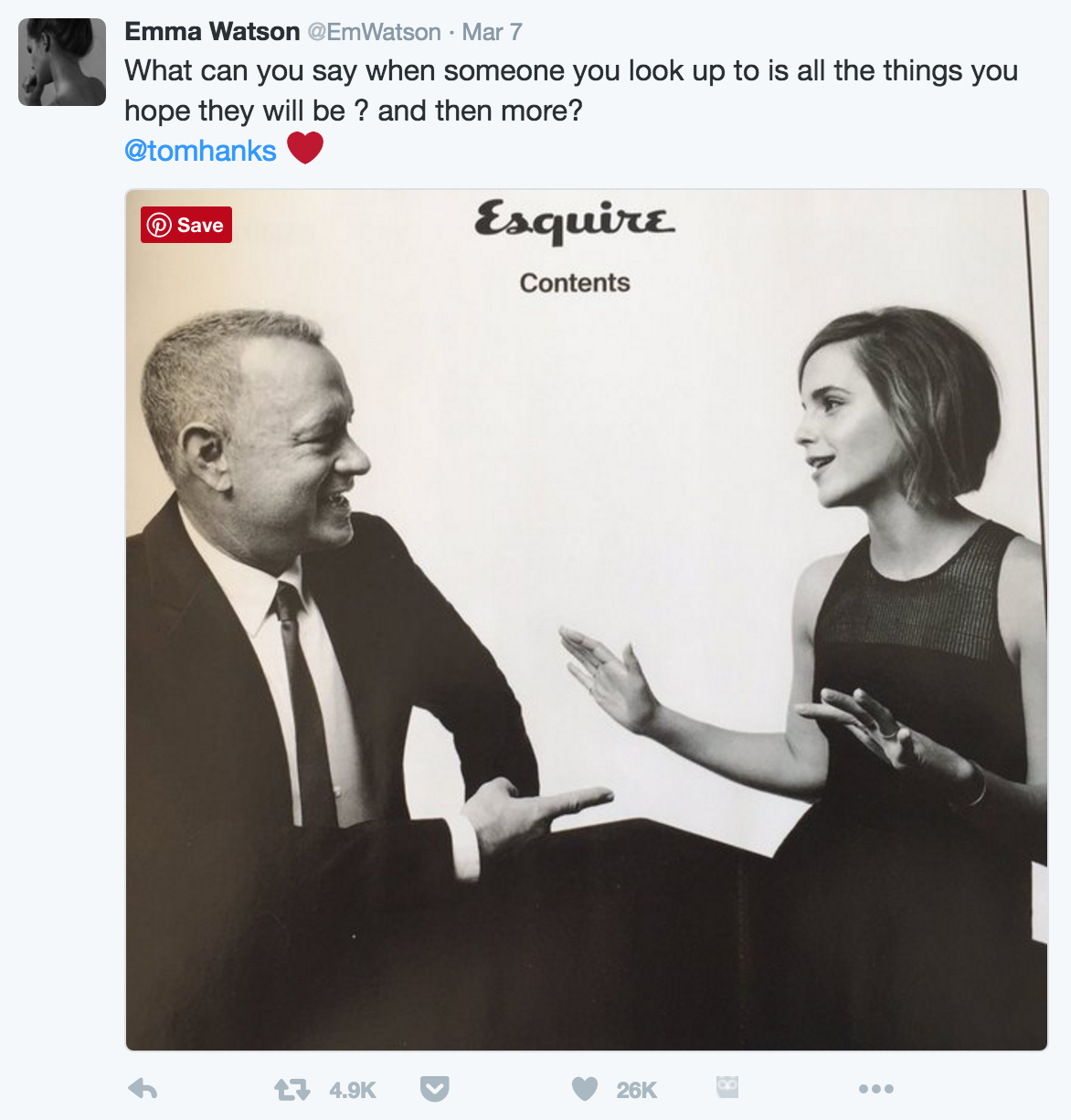 Emma said in an interview with TIME Magazine, “I’m interested in so many different things, I could never imagine myself doing one thing.” So far, she hasn’t had to. While acting in the Harry Potter movies, she continued her education at Brown, where she could keep a low profile while finishing up the movie series. She took a year off from her studies and then returned to finish her degree in 2014.

When the spotlight first hit Emma, she was only nine. While many will always recognize her for her role in the Harry Potter films, she has made her career and life into what she wants. In 2014, she was appointed a UN Women’s Goodwill Ambassador, and she now works to empower young women. While she may always be remembered as “the girl from Harry Potter,” she has wanted to change gender roles and combat inequality. So far, she’s nailing it. That’s true magic, don’t you think?

In her July 2014 speech promoting her HeForShe campaign on gender equality, she admitted that she doubted herself. Then, she realized we’re all human, but being one person does not mean you're powerless. Stand up, speak up, and change the world. Watch her speech below.