Home » Growth » Career » How to Go about Choosing the Right Major 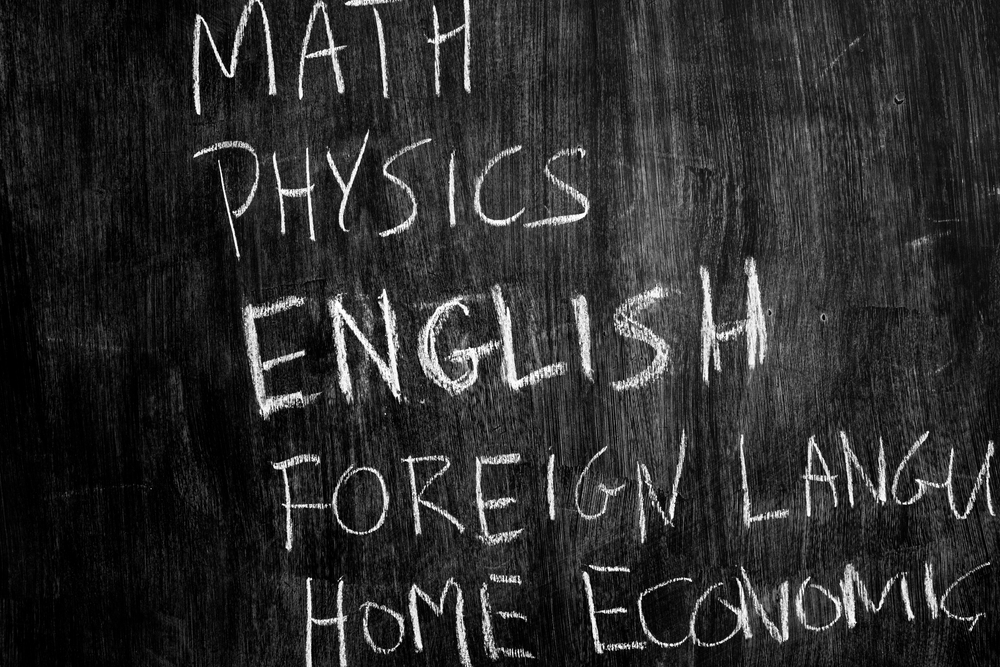 If you’re in college and faced with the task of choosing the right major, you’re no stranger to anxiety, second-guessing yourself, and stressing about your future. Your feelings are normal, and many of your fellow sophomores and juniors are struggling with the same uncertainties. Fortunately, while choosing the right major is important, the worst thing that can happen is that you choose the wrong one.

How I Met Your Mother / Giphy

My friend, we’ll call him Joe, fell into this category. He had such a hard time choosing the right major that he spent six years in college as a full-time student before he earned his bachelor’s degree. He never intended to stay in school that long; it just happened that way. As a rising junior, feeling pressure from his classmates who’d declared their majors the year before, Joe settled on a major in one of the sciences because he felt he ought to pick something. Lo and behold, a semester later, he realized that not only did he feel unprepared for advanced study in science, but he wasn’t that invested in the subject matter. So, he took more general education classes and finally came upon business. He spent the next year or so knocking out the requirements for the business major, and he graduated at age 24.

Don’t worry about Joe. He chose the wrong major, realized his mistake, then chose one that was better for his needs. And he’s doing great. In fact, he’s a business manager and semiprofessional poker player now.

But Joe’s late decision did end up costing him two year’s time and two years of tuition payments. If you’re hoping to save time and money, it’s ideal to declare your major earlier rather than later. So, how does one go about choosing the right major the first time around?

Find that sweet spot between what you’re good at and what you enjoy doing.

I love to draw but I’m terrible at it, and I’m good with kids but I wouldn’t want to spend my whole workday with them. On the other hand, I am interested in and passionate about language—reading, writing, and translating. Once I realized that, declaring a double major in English and Hispanic Studies was an easy choice for me.

If you aren’t sure where the intersection between your strengths and passions is, might I suggest making a good old-fashioned Venn diagram? Even if no academic subjects come to your mind right away, consider listing your personality strengths. Good listeners often excel in psychology and diplomacy, for example. Charismatic speakers might feel at home in the business or social justice department. There are opportunities out there that are perfect for you, and it’s your job to identify them.

Think about your career goals.

Some students know where they’d like to work after college graduation, and declaring their majors is a way to help them get from Point A to Point B. If you know you want to develop apps for Google or work in criminal justice or go to law school but you aren’t sure which major will best help you get there, reach out to professionals who currently work in the field you hope to enter. Ask them what they majored in and if their employer prefers candidates with a certain major. This top-down approach can work wonders for students who are absolutely sure of their professional goals.

If you have any doubts, don’t choose a major that will lock you into a career.

Students who want to pursue accounting often declare majors in accounting, and students who want to go into trades, like cosmetology or massage therapy, often study those trades (see above). If you have any doubts about what you’d like to do in the future, however, don’t settle on a major that will limit your career goals. If you are interested in becoming a nurse but aren’t absolutely sure, don’t study nursing; instead, pick biology or another science. With a degree in nursing, your job options are limited to, well, nursing. On the other hand, a degree in science appeals to employers in a variety of fields. And if you do later decide to become a nurse, you’ll already have completed many of the prerequisite courses thanks to your science major.

If you’re interested in graduate study, consider the liberal arts.

These days, many jobs (outside of the trades) recommend or require master’s degrees of their employees who are hoping to climb the corporate ladder. Consequently, more and more students are entering college knowing that their bachelor’s degrees won’t be their terminal degrees. If you’re among them, you might think that graduate programs prefer to accept students who studied the same subject in college. It’s true: You’ll need to have some experience in what you’d like to study in graduate school, but you don’t necessarily need to have majored in it. That’s good news for you, which means that choosing the right major doesn’t have to be quite so stressful.

A safe bet is to choose a major with which you can still take a variety of electives. A degree in the liberal arts or sciences, as opposed to a degree in a specific vocation, gives you a solid foundation in applying skills in analysis, reading, writing, critical thinking, etc. to a specific field, which means that you’ll be better prepared for graduate study later on.

Consider the marketability of your prospective major(s).

Resourceful graduates can make the most of practically any degree in any major, but some majors are more marketable than others. If you are concerned about your future finances, you might be interested in the most well-paying majors. Keep in mind that these figures are general guidelines and that your future pay depends on a lot more than just the major you choose. Still, doing some research into the average salaries of people with different majors couldn’t hurt, especially if you feel that money is an important part of your decision. If the majors you are considering don’t fall among the most well paid, you can always consider taking on a minor in a more lucrative subject, like economics or finance.

If you’re trying to decide between a few different majors, step back and look at their departments. Different departments receive different amounts of funding, which means that some have up-to-date technology or frequently sponsor events while others don’t. It’s also important to realize that the major you choose will determine the academic community with which you will most often interact. Not only will you work closely with a faculty advisor (do you have anyone in mind?), but you will likely rely on professors for recommendation letters and fellow students for study groups and essay advice.

Remember that you can always take electives in fields well outside of the major you choose.

There’s no way to see into the future, so there’s no way to be sure you’ll thrive in postgraduate study or in a career in a certain field. It’s possible your preferences will change with time, too. Although making a wise choice when choosing your major is important because it will always be listed on your résumé, your major doesn’t have to define you. You can always make an effort to become a more well-rounded candidate. If you’re leaning toward an English or drama major but are unsure about your job prospects, for example, be sure to take a wide variety of electives. You might decide to take computer science, math, history, language, or education courses, too. Later on, if a potential employer asks you how your English major prepares you for the job, you can tell her all about your reading and writing skills, but you can also say that you have experience in subjects X, Y, and Z.

Listen to your gut.

Our instincts are often right, so pay attention to gut reactions. Does a small part of yourself think you’re trying to declare a major too soon? Are you secretly disappointed that you’re about to declare a major in chemistry because of its career prospects even though you love art? When you’re in touch with your instincts, choosing the right major (or coming up with other solutions) is easier. Maybe you’ll realize you’d rather wait another semester before declaring (if your school does not require you to declare right at this moment) or that you’d prefer to declare a double major. Often, when your mind is struggling to make a decision, your heart already knows the solution.

Don’t stress too much about how your major will affect your future opportunities.

I’d like to take a moment to point out that I’m the only blog writer at Student Caffé who majored in English. One of my coworkers majored in geology, and the other majored in acting. This isn’t uncommon. People grow and change well after college, and your major isn’t likely to box you in (unless you major in a trade or vocation, that is). My good friend majored in sociology (got her master’s in it, too) and works in information technology for a big insurance company. Another majored in history and now works in college admissions. That friend’s boyfriend studied Spanish and now has a job as a children’s librarian.

Your major is important, but it probably isn’t the only thing that determines your qualifications for a certain job. Much of your fit with a job comes down to your personality, your soft skills, your critical thinking abilities, the way you sell yourself, your connections, etc.

If you succeed at choosing the right major for yourself, you’ll most likely feel relieved or gratified afterward. Of course, it’s normal to have occasional doubts, but they shouldn’t overshadow your decision. If they do, it might be time to think back on my friend Joe and switch your major before you’re in too deep.