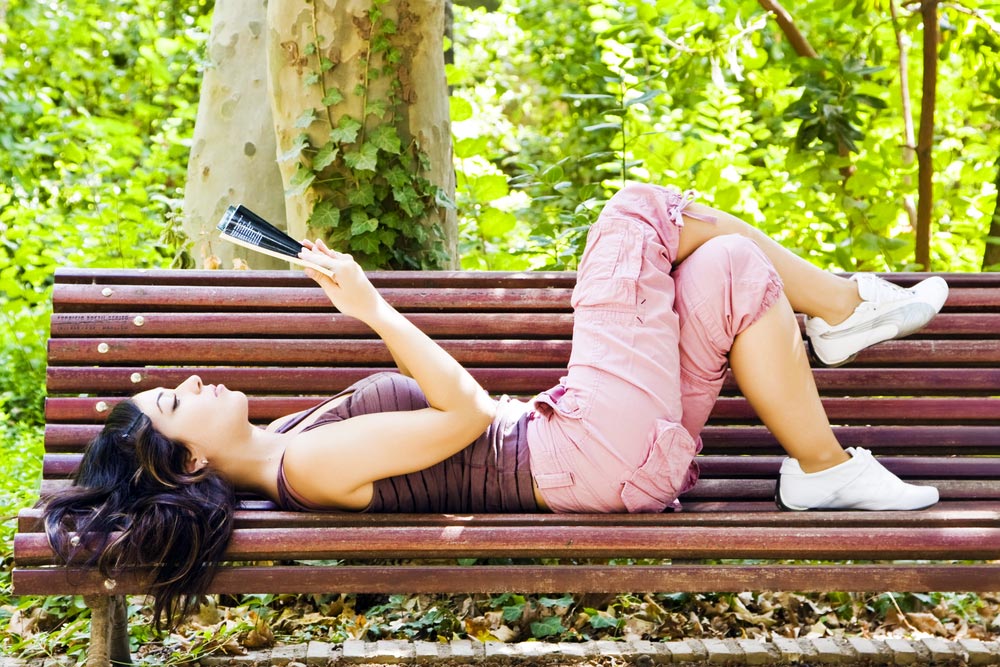 You may have guessed by now that we’re big advocates of reading for fun, and what better time to sit around with a good book than the summer? Commitments, for the most part, are spread out, and free time is in abundance. Instead of watching yet another episode of your latest Netflix obsession, try to set aside some time to read a few chapters of a new book. If you start reading now, you’ll have something interesting to talk about with friends new and old when you head back to school later this month. Having discussions and giving recommendations about books is a great way to showcase both your intelligence and your personality.

Here are our latest staff picks:

Just Life by Neil Abramson: I’ll start with a brief disclaimer about this book: It made me cry. Now if you’re not as much of a sap as I am, you’ll probably be fine, but it’s all about animal welfare and making tough decisions, so be prepared. The story follows Sam, a veterinarian and the head of an animal shelter in New York City, and the people who work with her and live in her neighborhood during a troubling time. A new virus has started to infect and sicken local children and their doctors end up placing the blame on dogs. Soon, the city is using the National Guard to enforce a quarantine and threatening to put down any dog that breaches the quarantine and then even those that live in the infected zone. This doesn’t sit well with Sam, who believes there’s no evidence that dogs are the carrier and goes on a quest to discover the true source of the virus. As you get deeper into this book, you learn about Sam’s family, a fellow veterinarian, and how people react to fear. I couldn’t put it down. -- Megan C.

Room by Emma Donoghue: The movie adaptation of this book actually came to my attention first, and it’s a story you’ll never forget. The book centers around a five-year-old boy named Jack and his mother, who are being held captive in a small room. This room, containing a bed in one corner, a kitchenette in another corner, a bathroom, and a TV, is the only place that Jack has ever known. Eventually, fearing for their safety, Jack’s mom (who he calls “Ma”) is forced to make an escape attempt. The story shows how the confines of this room shape Jack’s view of the world, and he is such an endearing narrator that it’s difficult not to love him. The subject matter is heavy and at times sad, but the book is surprisingly optimistic. This story is much more of a thought-provoking read than it is a thriller. -- Hannah H.

The Power of Habit: Why We Do What We Do in Life and Business by Charles Duhigg: If you’re looking to change or improve a habit or two, this may be a good read for you. Duhigg’s viewpoint on how habits shape societies is eye-opening. He describes a community as a giant collection of habits occurring among thousands of people that, depending on how they’re influenced, could become violent or peaceful. Some people view this read as a self-help book but I view it as a consumer behavior book. How people think and what drives them is very interesting to me, especially when it comes to consumerism. According to Duhigg, the habit loop consists of a cue → a routine → a reward. So if we tie this ideology to consumerism, the cue would be an advertisement. The routine would be a trip to the grocery store. The reward would be the gratification of possessing the product. -- Anna P.

I Remember Nothing: And Other Reflections by Nora Ephron: I bought this book knowing I wasn’t going to regret it, though I never regret spending money on books. (If you’ve read any of this gorgeous writer’s other essays, you may know what I’m talking about.) Also the screenwriter of When Harry Met Sally, You’ve Got Mail, Sleepless in Seattle, and Julie & Julia, among others, I Remember Nothing: And Other Reflections is one of Nora Ephron’s last written works. Despite the title, the book hosts a compilation of essays where she actually remembers and reminisces on events that occurred throughout her life, mocking old age as she describes them. With her characteristic humor, she writes about anything and everything, even personal stories that weren't funny at the time. Now, of course, she sees them from a different point of view, and this lets people learn a little bit more about her. Very similar to my favorite of her books, I Feel Bad About My Neck: And Other Thoughts on Being a Woman, I always go back to these essays. I even use them with my advanced students to practice reading and laugh together. -- Mauro S.