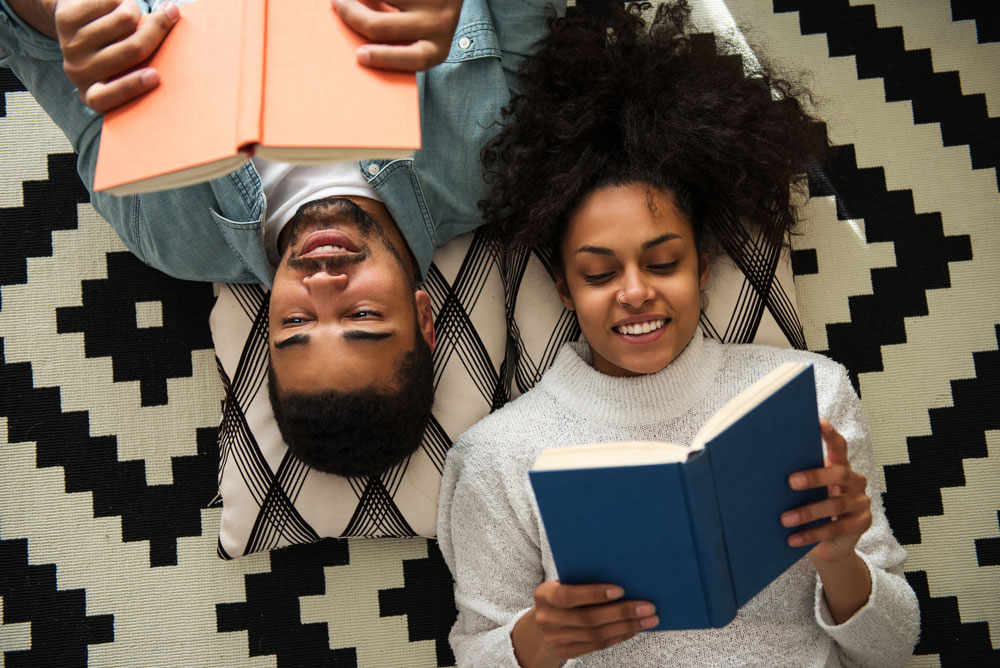 Every so often, the staff of Student Caffé comes together to create a list of reading recommendations so that you don’t get stuck wondering what book to pick next. Yes, yes, you’re busy with school. You have assignments, papers, projects, and exams that take priority over reading for fun. It’s true that school should be one of your top priorities; doing well in your classes can lead to a college acceptance or a well-paying job later on. Taking care of your mental health, though, should also make your to-do list, and one of the easiest ways to relax and boost your mood is to curl up with a good book. You don’t have to read it cover-to-cover in one sitting, but 15 minutes here and 15 minutes there can really make a difference: reducing the symptoms of depression, increasing empathy, improving your relationships, and lessening your risk of developing dementia as you age. Try one of these the next time you’re bookless.

The Japanese Lover by Isabel Allende: This easy-to-read book by Chilean author Isabel Allende is available both in English and its original language, Spanish. It tells the story of Alma, an 80-year-old Polish woman who moved to San Francisco in her youth to escape from World War II. Alma is, unfortunately, destined to spend her last days in a nursing home. Her assistant, Irina, and her grandson become friends and together come across a photo of a young Japanese man, thereby discovering the forbidden love story of Alma and her Japanese lover, Ichimei. It’s further unveiled in letters that Ichimei wrote to Alma throughout the years. Although you might see this as a simple story compared to Allende’s most famous work, The House of the Spirits, you'll find that the descriptions accurately describe present time and flashbacks to the olden days are well-developed. The peculiar minor characters; historical events; and social, economical, and cultural differences between characters all work together to show the reader that old age does not mean that one can’t continue to live. -- Mauro S.

In Shock by Rana Awdish: I’m about three-quarters of the way through this book, which caught my eye because it’s a look at healthcare by a doctor-turned-patient. Dr. Awdish describes how her medical emergency and hospital stay affected her both personally (as a patient) and professionally (as a doctor). It’s rare for someone to have experiences on both sides, and Dr. Awdish attempts to use her experience to change the way that doctors interact with their patients. She often compares her training and experiences as a doctor to what she experienced from her own doctors when she was a patient. She explores the way that doctors communicate with patients, how treatment decisions are made, and how to promote empathy within these contexts. Although the book explores a heavy topic, Dr. Awdish’s writing is insightful and accessible to everyone, even those of us without medical backgrounds. I think this book is a valuable read for everyone, but it may be especially useful for those interested in medicine. -- Hannah H.

Dragon Teeth by Michael Crichton: This is my most recent read, and it was a quick one! It is Michael Crichton's last novel (actually published after his death). It was written in 1974 as a precursor to one of his most famous novels, Jurassic Park, which I also highly recommend reading! Dragon Teeth is a work of historical fiction set in the American West during 1876. It follows a young college student, William Johnson, who is selected to join a fossil expedition as the photographer. The team heads out west, where bones have not yet been discovered and where two rival paleontologists race to make the biggest and best fossil discoveries. The West during this time was unknown and unsafe, and Crichton does a great job at bringing the daily challenges and struggles to life, from navigating the plains to facing Native Americans. This story has a little bit of everything: history, science, adventure, competition, comedy, and suspense. While William Johnson is fictional, the fossil expeditions (called the Bone Wars), paleontologists, and characters you meet along the way are based on fact. It's a great read for anyone interested in fossils or the history of the West. -- Shannon W.

Isaac’s Storm by Erik Larson: I’ll admit that I haven’t yet finished this book, but what I’ve read so far has been fascinating. It’s all about the hurricane that hit Galveston, TX, in the fall of 1900 and the meteorologist who lived there at the time, Isaac Cline. The Great Storm, as the hurricane is known, hit Galveston as a Category 4 hurricane and is still the deadliest hurricane to ever hit the United States. Meteorology then is not what we think of now; there were not radars or computer programs that could model the paths of storms. There were, however, daily wind, pressure, and temperature measurements that could be used to ballpark a forecast. As the reader, you learn not only about the storm and how the storm formed over the ocean thousands of miles away from the Texas coast, but you learn about the life of the meteorologist who lived through it all and who didn’t recognize the signs in time to warn the people of Galveston. As a weather and science enthusiast, I find this book very enjoyable. -- Megan C.

Truth, Lies and Advertising: The Art of Account Planning by Jon Steel: The account planner was introduced to the advertising world in the 1980s for the sole purpose of finding insight to help guide an agency’s creative team. This helps an advertising agency produce work that is entertaining, memorable, and relevant to the consumer, while also being effective in the marketplace. Jon Steel was one of the first and most successful account planners and his book highlights the role, importance, and major campaigns of account planning. He includes a section on the “Got Milk?” campaign, which is my favorite section of the book. In it, he describes that he and his colleague were visiting a focus group to gain insight about milk from consumers when a lady said, “The only time I even think of it is when I run out of it.” Their wheels started turning and the next thing you know “Got Milk?” became the simple tagline that connected most with consumers. Steel and his colleague took an everyday “boring” product and made it fun in one of the most famous and recognizable advertising campaigns; it began in 1993 and is still effective. Jon Steel’s witty sense of humor makes this a good read while providing a look into an advertising agency. -- Anna P.

For those of you who would prefer to read in Spanish, Mauro S. recommends: