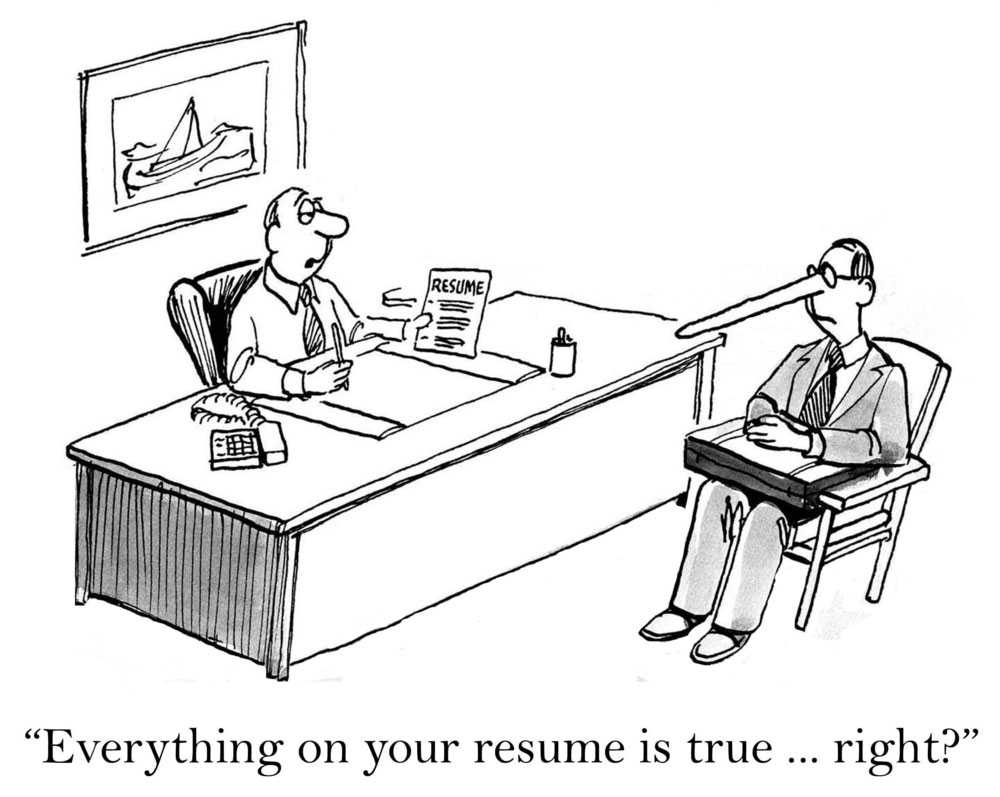 Résumé padding is the practice of adding untrue or exaggerated information to your résumé to strengthen your credentials and make yourself a more competitive applicant for a position. It’s inherently dishonest, and ethically questionable at best, but it’s quite a popular practice. In fact, according to a CareerBuilder press release from 2015, over half of employers have caught job applicants lying on their résumés. While applicants most frequently exaggerated about their skills or previous job responsibilities, they also lied about previous employment dates, their former job titles, and their college education.

It’s easy to understand why someone would turn to résumé padding, and it may even be tempting to do it yourself. It’s hard to get a job right out of high school or college that pays as much as you want it to, gives you the responsibility you want, and is in your field of interest. Hitting the career trifecta on the first try is next to impossible, but once you’ve found that job, even if you’re not qualified, it’s hard to let it go. Giving yourself a leg up over the competition with just a few résumé embellishments seems like an easy way to score the job.

If you’re found out though, it could be game over.

If a prospective employer finds out that you’re lying about any part of your résumé, you could be immediately rejected for the position, if not blacklisted by the company. If you happen to score the job and your employer finds out that you lied about your résumé after the fact, your credibility plummets and you could be demoted or lose your job entirely. There are real examples to back this up: The CEO of RadioShack resigned after it came out that he didn’t have the degrees he claimed to have earned. A former Notre Dame football coach resigned after the truth about his education and his football career came out.

There is the chance that a prospective or current employer chooses to be lenient after discovering the truth, but why take that risk in the first place? If you have to lie to get your dream job, or any job, you’re probably not qualified to be doing the job.

When it comes to the lies that people choose to tell with their résumés, there are three main ones: lying about skills, lying about education, and lying about work history.

It seems obvious, but don’t list skills that you don’t have. You have to be able to deliver if you claim to know a certain skill, be it speaking a foreign language, using a software program, or operating a particular piece equipment. If you choose to exaggerate about your skills on your résumé, make sure that you actually learn the skill(s) in question by the time you have an interview or start the job. Should a company choose to hire you based on skills that you don’t have and have no intention of acquiring, you’ll soon find yourself up a creek. Just think how embarrassing it would be if a company put you on a project in France after you claimed to know French, and then found out you can only say “Bonjour.”

Next, never, ever in a million years lie about your education. It is so easy for a company to check up on your college, your major, and your graduation date. Saying that you went to a more prestigious institution than you actually attended will get you nowhere, and probably isn’t even necessary (generally, it’s the degree, not the school, that counts). If you didn’t go to college, don’t say that you did. If you didn’t graduate from college, but took classes, don’t pretend that you have a degree. Furthermore, if you did graduate, don’t lie about what field your degree is in just to fit a job posting. And if you minored or concentrated in a subject, list it as a minor; it is not the same as a degree.

Finally, companies do look at the work history on your résumé. Not only are they checking to see if you have performed any jobs that are relevant to the position for which they’re hiring, but they’re checking for gaps in employment. If you have a gap in your work history, own up to it. There’s nothing wrong with taking time off to pursue other interests or because you were laid off after an economic slump. Padding your résumé with fake jobs is only going to get you caught. As director of Student Caffé, I’ve received more than one phone call to verify that a previous employee actually worked for the company. It’s a five-minute process and you can bet that reputable employers will take the time check up on you. (For the record, they might ask about your previous job title, so don’t say you were an “Account Executive” when really you were a “Sales Clerk.”)

Instead of lying about your educational and work history and your skill set, use your résumé to paint a picture of who you are professionally. Show what skills you do have to offer and how they’re relevant to a potential job. Falsehoods and embellishments aren’t necessary to create a strong résumé.

Instead of padding your résumé, try: 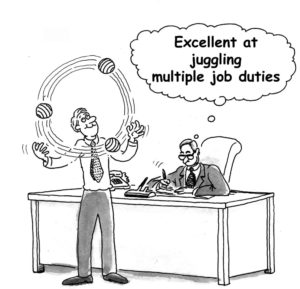 Set your résumé apart from others by highlighting your strengths and making sure that the résumé you submit for a particular job is truly for that job. What is relevant to one position may not be relevant to another, so tailor your résumé for each application. Yes, it means that you’ll have dozens of different versions saved on your computer, but there’s a good chance that one of them will get you a job!