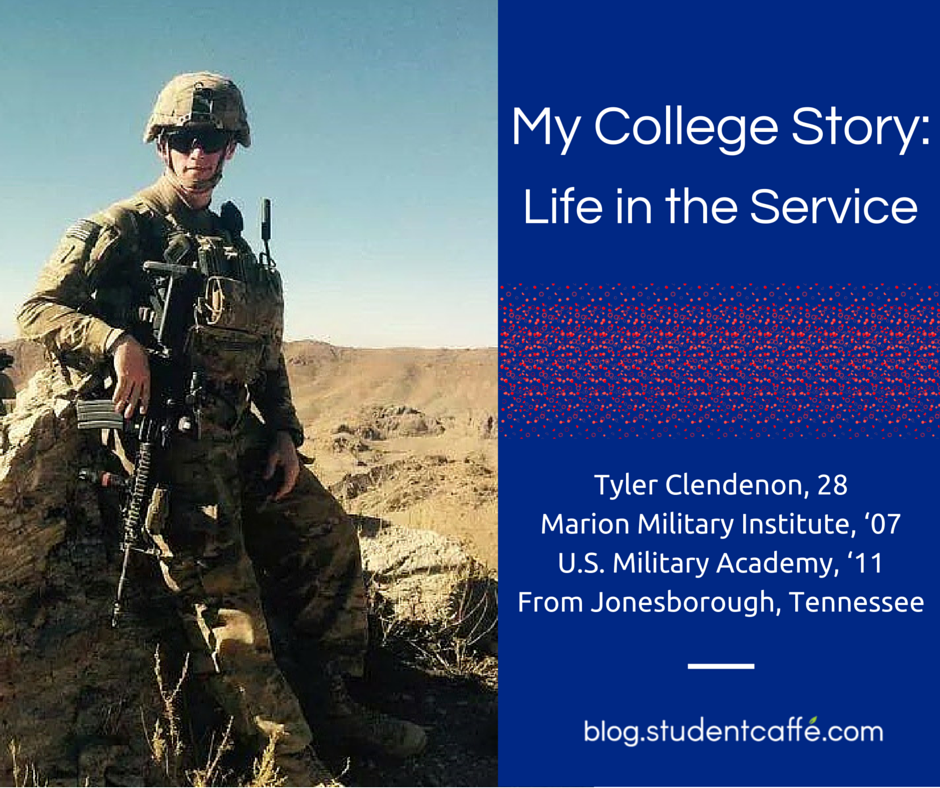 Tyler Clendenon recently relocated to Alexandria, VA after living in Killeen, TX for nearly four years and working on the Army base in nearby Ft. Hood, TX. Tyler graduated from the U.S. Military Academy at West Point in 2011 with a BS in life sciences and a minor in systems engineering. Prior to attending West Point, he spent one year at Marion Military Institute in Alabama preparing for the challenges of a service academy.

After deploying to Afghanistan as an infantry officer in 2014 and being called to serve as a casualty assistance officer in 2015, Tyler has finished his five-year commitment to the Army and is starting a new job as a civilian. This is his story. 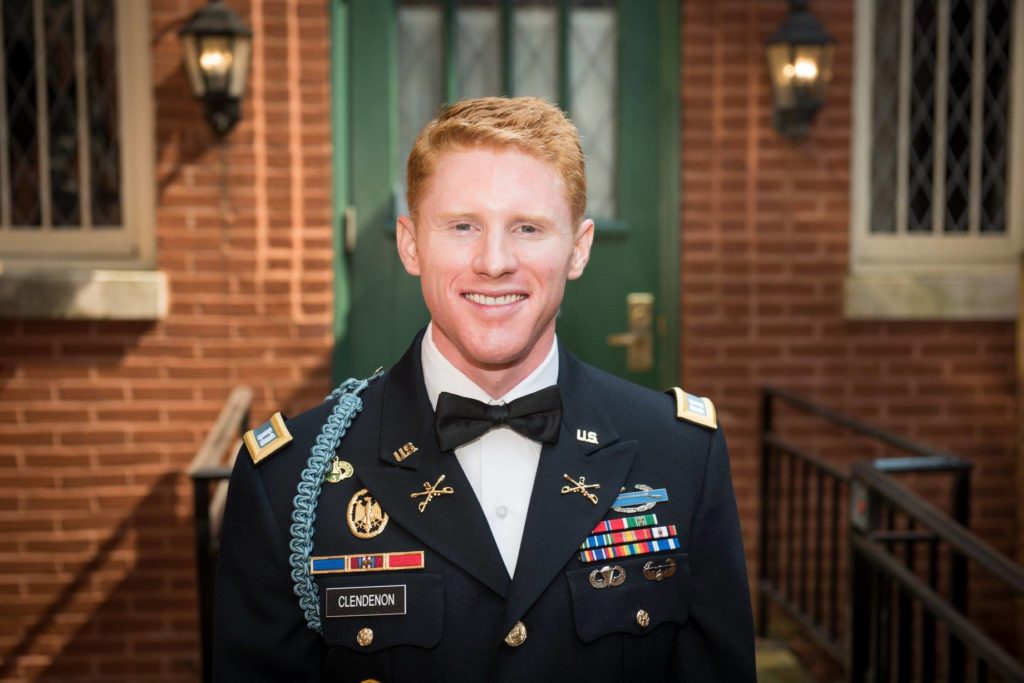 Q. How long did you know that you wanted to serve in the military?

I’m not entirely sure of a specific moment where I knew I wanted to serve in the military. I suppose ever since I was a little kid. In fact, there are pictures of me as a three-year-old playing army in my uncle’s uniform from Operation Desert Storm.

Q. What is the application process for West Point?

The application process for West Point is long and intensive. If you are serious about attending a service academy, you need to begin preparations as early as freshman year in high school. West Point wants to see that you are well-rounded in three aspects: leadership potential, academic excellence, and physical fitness. Holding positions, such as team captain of a sports team or class president, are almost expected of each applicant, hence the reason to begin thinking about what it takes to get into a service academy early on in your high school career. The main time frame to begin the actual application process is during your junior year. Each candidate is required to interview with and be nominated by senators and/or congressmen. Even with a nomination, you are not guaranteed an appointment to the Academy. Additionally, you are required to pass a physical fitness test and achieve a high score on the SAT. After all is said and done, you can expect your acceptance letter to arrive in early spring of your senior year.

Q. Why did you attend Marion Military Institute?

I originally applied for the West Point class of 2010 and did not get in. I was 12th in line on the waiting list by the time the class was filled to capacity, so the West Point Association of Graduates offered me a spot in the class of 2011 if I successfully completed one year at MMI. In the end, I’m glad that was the path I took because I gained many close friends and learned a lot about life in a military academy, both of which helped me during my time at West Point.

Q. What did you receive from your education at a service academy that you never would have learned at a traditional four-year college?

First of all, the education was free. In fact, I was paid each month for all four years. West Point provides cadets with classes in leadership and military tactics each semester as part of the core curriculum. During the summers, we were able to utilize skills acquired in these classes while in extended field training exercises, military schools, trips abroad, or in internships with companies across the nation. In the end, you simply cannot beat the camaraderie shared with members of the Long Grey Line that lasts a lifetime.

Q. Has having a West Point education helped you during your military career?

Yes. West Point places each and every cadet in various leadership positions over the course of four years, with increasing levels of responsibility each year. Most positions are direct supervisory roles, giving you responsibility for the development of anywhere between one and 4,000+ cadets depending on your position. Additionally, West Point taught me some excellent time management skills. I had to juggle classes, labs, homework, mandatory sports or drill, and leadership development for younger cadets, meaning I was busy from 6:00 a.m. until midnight just about every day. Throughout my time in the Army, and especially during my deployment to Afghanistan, I had to use these skills daily to ensure the well-being and safety of my soldiers.

Q. How has your time in the service been rewarding?

The most rewarding aspect of my time in service was the bond I developed with other soldiers. The men and women I served with will be lifelong friends; I can always count on them in times of trouble, and they can count on me too. My perspective on life has changed too, and I think, for the better. After suffering through six months of Ranger School and facing combat in Afghanistan, I appreciate the little things in life that I would otherwise have taken for granted. I have found there is little that really stresses me out when I remember that I’m not in life or death situations any more.

Q. How has your time in the service been disappointing?

I couldn’t be more grateful for my time in service. I loved working with soldiers, traveling the world, and making lifelong friends. For me, one disappointing aspect of serving in the military was the time spent away from loved ones. As an infantry officer, I spent much of my time training in the field or overseas, so I didn’t have a lot of downtime. However, this pales in comparison to losing friends, classmates, and mentors in combat. I’ve worn a bracelet on my right wrist since August of 2012 depicting the name of my mentor, Major Thomas Kennedy, who was killed in Afghanistan.

Q. What are your hopes for the future?

Right now, I’m at an exciting point in my life: newly married, recently out of the Army, and starting a brand new career in a brand new city. I only hope that I can continue to appreciate everything I have and continue to be grateful for all the men and women I served with during my time in the Army.