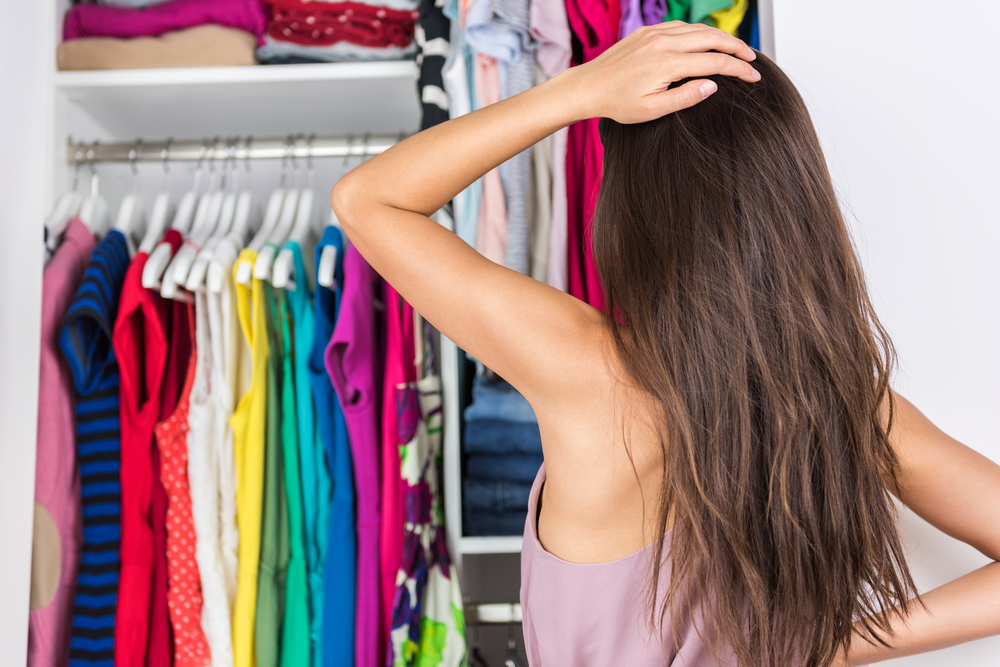 I’m just your average white girl. My hair is neither blonde nor brown, and I am neither short nor tall. Many of my clothes come from Target, and I speak an unaccented “American” English. For better or for worse, I blend in when I’m in the United States.

That all changed when I traveled to South America in college. Suddenly, I seemed fairer, blonder, and taller. Quite frankly, I stood out, and there wasn’t much I could do about it, but I could control my wardrobe.

Dressing respectfully abroad is important, especially if you’re a long-term visitor or exchange student. You might be able to fit in better and avoid becoming a target for theft or harassment. You’ll also find it easier to relate to locals. Every country is different, and trends change all the time. Still, there are a few ways you can ensure that your outfit isn’t distracting or offensive to locals.

Stay true to your own religion’s standards of dress, if you follow them.

If you wear a bindi, headscarf, yarmulke, taqiyah, or other garment every day when you’re at home, you can absolutely do so abroad. Traveling does not absolve you of your own religion and culture, so you should never feel like you have to sacrifice your faith when you’re away from home. If you do feel unsafe or uncomfortable outwardly practicing your religion in your destination as you normally do, consider traveling to a more tolerant country or talking to your program coordinator, religious leader, or mentor about your doubts.

Respect the culture and religion of your host country.

Sometimes there are explicit rules that dictate how you will have to dress, especially if you’re a woman. Women traveling to Morocco, for example, will need a headscarf to enter mosques (you should also note that many mosques are closed to non-Muslims). As a guest in the host country, you must respect these customs, even if you don’t agree with them.

The summer before I started college, I took a trip to Southeast Asia with my high school class, and I wore a trusty pair of shorts on most days. It was hot outside, and we did a lot of trekking (riding elephants, hiking, and playing soccer with locals), so it made sense. Women in Thailand must wear a skirt to enter a temple. Planning for the trip was frustrating, but my friends and I figured out a compromise: During most activities, we could wear shorts, just as the boys in our group and many locals did, but we’d keep sarong skirts in our bags to wrap around ourselves before we entered temples. It let us dress practically and respect Thai customs.

Here’s a story. I had been in Ecuador two days when I was invited to a graduation ceremony. My host family offered to lend me the indigenous outfit: a long skirt, embroidered blouse, layers of necklaces, and strappy shoes that covered the toes. The offer was kind, but I had to refuse. The outfit was beautiful, of course, but having only just arrived, I didn’t feel like I knew enough about the culture to wear its traditional dress.

I stayed in the town the whole summer. It was an ecotourism destination, so I saw dozens of tourists come for a weekend and enthusiastically don the indigenous attire. They took photos and they giggled at each other and they meant well, but when it came down to it, they were just playing dress up. It made me think of those old-timey photo studios in tourist towns where you pay to have a picture taken of yourself in a cowboy costume. It doesn’t really matter if the outfit would look good on Instagram; it isn’t authentic, and it doesn’t show any understanding of the culture.

Selena Gomez performed at the 2013 MTV Movie Awards in a bindi. In our society, if we know anything about bindis, it’s really just that they’re worn between the eyebrows. In India, however, they have real religious significance.

Selena and her makeup artists faced a lot of backlash for her costuming decisions. Many people accused her of appropriating a religious symbol and making it into a fashion statement or sex symbol instead. They argued that it was disrespectful for her to borrow an aspect of their culture without understanding its significance.

She isn’t the only one.

At a Victoria’s Secret fashion show, Karlie Kloss wore suede lingerie and a Native American headdress, the kind usually worn during spiritual ceremonies by Plains Indians who demonstrate great valor. It’s disrespectful for just anyone to put one on, and the fact that she was only wearing lingerie made matters worse.

Katy Perry performed at the 2013 American Music Awards in a dress that was somewhere between a Japanese kimono and a Chinese cheongsam. It borrowed from two cultures, showing that her stylists couldn’t distinguish between the two, and it had a revealing cut. Many people felt that her performance fetishized Asian women in the same harmful way that they’ve been fetishized by the western world for years. The lesson learned here is to avoid wearing anything that another culture considers sacred or religious, especially if you’re doing so for sex appeal.

You can absolutely shop for local jewelry, clothing, and handicrafts when you’re abroad, but make sure you understand the significance of the object before you buy it.

If you’re going to wear traditional clothing, do it out of respect.

So, if you shouldn’t wear a traditional outfit for the photo opp or to make a statement, should you put it on at all? Maybe! Use your discretion to determine when it would be respectful and when it would be exploitative. There is no guidebook on right and wrong, but you can judge your intentions.

If you’re wondering if I ever put on traditional indigenous clothing when I was in Ecuador, the answer is yes. I was urged to do so quite often, but I didn’t actually feel comfortable until the second summer I spent there when I was invited to a wedding. My host mother thumbed through my suitcase and deemed my wardrobe inappropriate for the event. My jeans were too casual, and my dresses too short, even though I wore them with leggings. So, I put on the falda bordada she set out for me.

The thing is, many of my friends in the village were happy that I wore it. To them, it was a sign of respect for me to put it on after spending so many months there. Again, just use your discretion, and be sure you’re wearing it for the right reasons.

Some women find that wearing a destination’s traditional clothing helps them blend in and avoid harassment. A notable example is Morocco, where many people believe that U.S. women are sexually promiscuous. Occasionally, men touch, pinch, or grab at tourists. Women visitors may feel safer in loose, conservative outfits, and they may decide to wear a traditional djellaba, a robe that covers the shoulders and ankles, to avoid harassment.

Err on the side of conservatism when styling your outfit.

If you’re in a country that is more conservative than the United States, the best rule of thumb to follow is to dress modestly. Look around you at the length of shorts (if there are any), skirts, and dresses. You may want to wear an outfit that covers the same amount of skin.

I’ve been in situations where it’s frustrating to conform. Shorts are uncommon in Ecuador, but sometimes it got so hot outside. The temptation to wear shorts was strong, but I didn’t want to offend anyone. Find compromises. I wore long, breathable skirts.

I’ve known women who wanted to make a point: They disagreed with the roles of women in their host countries and found their wardrobes to be restrictive. It’s okay to feel this way, but it’s really not your place to make judgments about another culture without listening to its people first. You might end up offending them if you wear a miniskirt or see-through blouse, even if you are intending to “liberate” them. If you are uncomfortable modifying your wardrobe for travel or if you are impatient with cultures that are less progressive in terms of women’s rights, you might consider a study abroad destination similar to—or more liberal than—the United States.

If you have t-shirts with English written on them, consider leaving them at home.

Even if you’re traveling to a country that has similar standards of dress as the United States, your sassy t-shirt doesn’t translate into other languages. In fact, if you wear college spirit wear or other shirts with sayings on them, it could be obvious that you’re from the U.S. Not all travelers mind, but if you’re trying to blend in and avoid becoming a target for crime, you might fare better in a plain t-shirt.

While not every culture requires that you wear a skirt or headscarf to enter certain buildings, you may feel more comfortable if you adapt to your host country’s unwritten dress code. Appreciate the traditional dress, and once you’ve made that effort, what you wear is up to you.