Home » Growth » The Importance of Failure 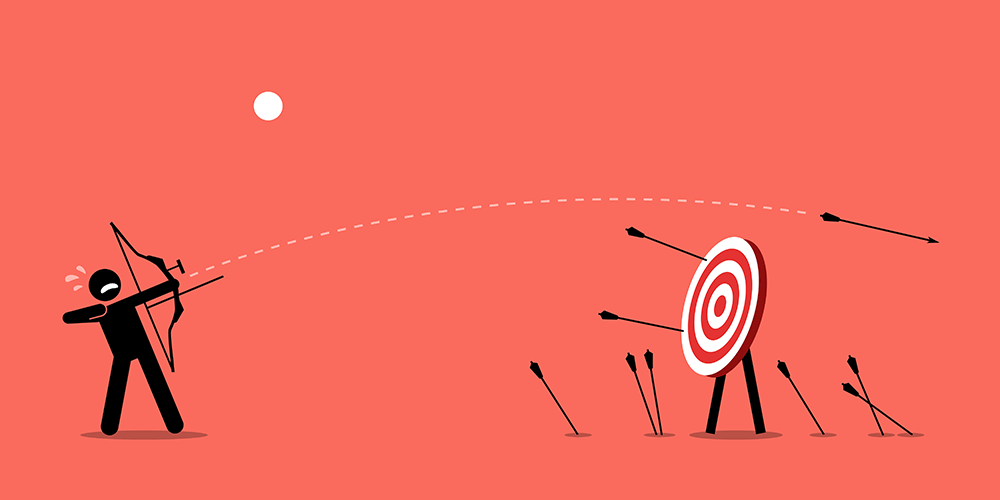 Do you remember the first time you failed a test? Got a low grade on a paper? Struck out in tee ball? Let a goal sneak past you in soccer, hockey, or lacrosse? I don’t remember the specifics of all my failures (which is a huge blessing), but I remember the first time that I flipped over the handlebars of my bike and had to walk home bleeding and covered in poison ivy. I remember the faces that my parents tried to disguise when I brought home lower than expected SAT scores. I remember my cheeks burning and tears threatening to spill when my college English teacher told me that one of my papers was “simple” and that he expected better.

“The greatest glory in living lies not in never falling, but in rising every time we fall.”
- Ralph Waldo Emerson

Failure is a part of life. It is a humiliating, horrible part of life, but as the old adage goes: “You live and you learn.” And it’s true. As we grow older, we sometimes fail harder than we’ve ever failed before, but—and here’s another one—from the ashes, we will rise. For me, this means that I can now ride my bike 20 miles in one go without falling into a bush, that I enrolled in a prep class and improved my SAT scores by over 100 points the second time I took it, and that I became a better writer.

“I think and think for months and years. Ninety-nine times, the conclusion is false. The hundredth time I am right.”
- Albert Einstein

When you fail, you learn something. Every. Single. Time. Failure doesn’t mean that you’re inadequate. It doesn’t mean that you don’t belong. It means that you tried something one way and that it didn’t work that one particular way. There is always another way to try something, and you can always improve. Runners get faster and can run further the more they practice. Public speaking gets easier the more you stand up and talk in front of people. Writing a research paper goes faster once you understand how to do research and structure a paper. I would almost argue that you have to fail at something in order to later be successful.

“It is impossible to live without failing at something, unless you live so cautiously that you might as well not have lived at all, in which case you have failed by default.”
- J. K. Rowling

Take Thomas Edison, for example. The story goes that he tried, unsuccessfully, to invent the lightbulb over 1,000 times. When asked how he felt about failing so much, his response was something along the lines of “I didn’t fail. I’ve simply discovered 1,000 ways that didn’t work.” And that’s the first lesson: No matter how hard you fail, no matter how far you fall, you’ll gain experience. Experience is something that you can learn from. It helps you change your behaviors so as not to fail again, at least not in the same way. You’ll learn how to cope with the pain that comes with failing, and how to turn that pain into action. No one wants to fail twice, so make a game plan, and try your hardest to change the outcome next time. The value you bring to your next project increases every time you experience failure, because you know what to do to prevent it.

“Failure at some point in your life is inevitable, but giving up is unforgivable.”
- Joe Biden

When a toddler learns to walk, he or she experiences failure, because no toddler goes straight from tummy time to standing up and walking on their own. I certainly didn’t, and my guess is that you didn’t either. Children are wonderful, because when they set their mind to something, they don’t stop until they get it. Which brings us to lesson number two: Failing builds resilience. Handling one failure is hard, but once you’ve failed, you know what it feels like. You know what you have to do: Dust yourself off and try again. If you don’t handle failure well, you set yourself up for more disappointment when it inevitably happens again. Instead, tell yourself that success takes time and effort. A single failure is just one step on the pathway to your desired outcome. Then, keep trying.

“You must accept that you might fail; then, if you do your best and still don’t win, at least you can be satisfied that you’ve tried. If you don’t accept failure as a possibility, you don’t set high goals, you don’t branch out, you don’t try—you don’t take the risk.”
- Rosalynn Carter

Back to the toddler example. Once you learn how to walk, you learn how to jump, skip, and run. Even when you fall and skin your knees, it doesn’t take more than a few minutes for you to get up and go back to whatever it was you were trying to do. When you’re older, losing a job or failing a class can force you to make decisions that you wouldn’t have otherwise made, like moving to a new city or switching your major to something completely different. Which is the final lesson: Failure gets you out of your comfort zone. Once you’re no longer afraid of failing, you are liberated in your decision making. You may take more risks, try something new, or start over. Failure is not a step backward; it’s a step to the side. From there, your opportunities are endless.

“Every stumble is not a fall, and every fall does not mean failure.” - Oprah Winfrey