Home » Growth » What Can “Star Wars” Teach Us?: Seven Lessons from the Hit Movie Series 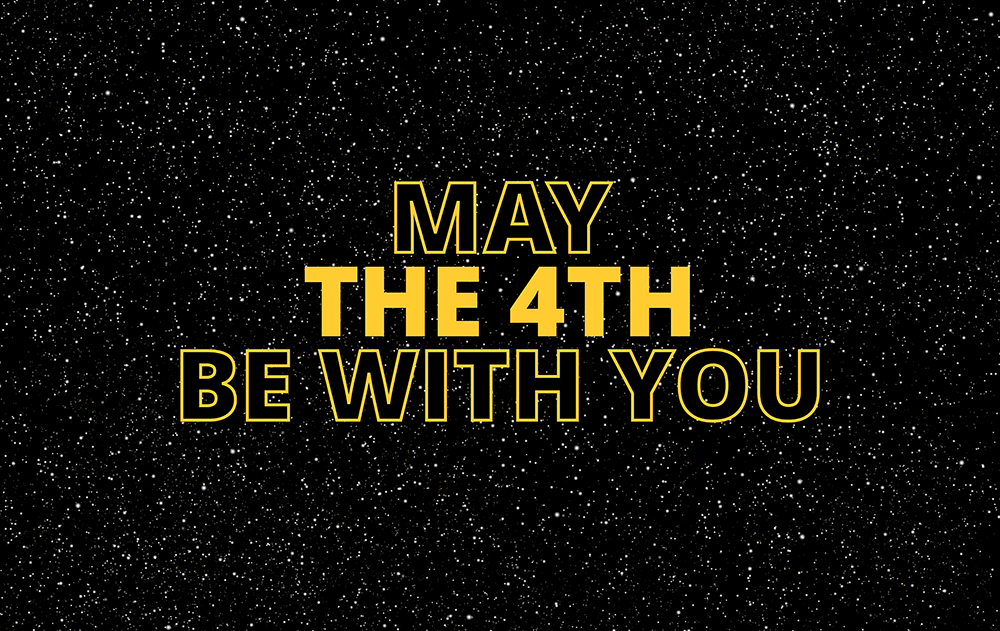 You’d be hard pressed to find someone who hasn’t seen at least one of the Star Wars movies, and it’s even more rare that you’ll find someone who has never heard of the franchise. Star Wars: Episode IV – A New Hope hit theaters in 1977, and both prequels and sequels have been released periodically since then, with the most recent being Star Wars: The Last Jedi (released in 2017). Two movies are currently in the works: Star Wars: Episode IX (releasing in December 2019) and Solo: A Star Wars Story (releasing May 24).

What’s amazing about Star Wars isn’t the sheer number of movies that have been produced, but the audience reception. The Rotten Tomatoes “tomatometer” ranks Star Wars: Episode IV - A New Hope as 93% fresh; the audience ranked it a 96%. Rogue One: A Star Wars Story ranked lower: 85% fresh with an audience score of 87%; that’s still solidly in the B range, a perfectly acceptable passing grade. Between one-third and one-half of American adults who responded to a Statista survey said that they’d seen at least one of the Star Wars movies—millions of people.

And there’s a reason. I don’t just say this as a Star Wars fan (though I am). There’s everything you could want in a movie: action, special effects, romance, a little humor...but these movies are more than that. On the surface, you see a motley crew getting into fights in outer space, and these scenes are more than enough to satiate even the biggest action buffs. But you also have the good versus evil plotline, real character development, and plenty of life lessons sprinkled throughout.

Warning! There are spoilers written in the text below. If you haven’t yet seen any of the Star Wars movies and you don’t want to learn about them from us, you’re not going to want to keep reading.

What Star Wars Teaches Us:

That friends come in all shapes and sizes:

When Jyn Erso is planning her mission to the Citadel Tower on the planet Scarif to try to steal the plans for the Death Star and deliver them to the Rebel Alliance: “Jyn, I’ll be there for you … Cassian said I had to.” -- K-2SO, Rogue One: A Star Wars Story

When R2-D2 and Luke Skywalker are leaving the command center on Hoth to fight the Empire: “R2, you take good care of Master Luke now, understand? And do take good care of yourself. Oh, dear, oh, dear.” -- C-3PO, Star Wars: Episode V – The Empire Strikes Back

When the Ewoks accept Han Solo, Leia Organa, C-3PO, and Chewbacca as part of their tribe and agree to help them deactivate the Death Star’s shield generator on Endor:

When Han Solo and Finn discuss Finn’s past as a stormtrooper while on a mission to destroy the Starkiller Base and rescue Rey:

That you can do it:

When Luke Skywalker fails to use the Force to lift his X-Wing out of the bog on Dagobah because he lacked faith: “No. Try not. Do. Or do not. There is no try.” -- Yoda, Star Wars: Episode V – The Empire Strikes Back

That your heart knows the way:

When Luke trains with a lightsaber while wearing a helmet that blocks his vision: “Your eyes can deceive you. Don't trust them. Stretch out with your feelings.” -- Obi-Wan Kenobi, Star Wars: Episode IV – A New Hope

When Luke turns off his ship’s targeting computer and uses the Force to destroy the Death Star: “Use the force, Luke. Let go, Luke.” -- Obi-Wan Kenobi, Star Wars: Episode IV – A New Hope

That fear shouldn’t cripple you:

When Chirrut Îmwe engages in a battle with stormtroopers: “And I fear nothing. For all is as the Force wills it.” -- Chirrut Îmwe, Rogue One: A Star Wars Story

When Yoda warns Anakin Skywalker while evaluating him for Jedi training: “Fear is the path to the dark side. Fear leads to anger. Anger leads to hate. Hate leads to suffering.” -- Yoda, Star Wars: Episode I – The Phantom Menace

When Yoda imparts words of wisdom to Luke Skywalker before dying: “Remember, a Jedi's strength flows from the Force. But beware: anger, fear, aggression—the dark side are they. Once you start down the dark path, forever will it dominate your destiny.” -- Yoda, Star Wars: Episode VI – Return of the Jedi

That you shouldn’t judge a book by it’s cover:

When Luke arrived on Dagobah and didn’t know who exactly who he was looking for, but believed it not to be the first being he found:

When Finn comes clean about his background to Rey: “I'm not Resistance. I'm not a hero. I'm a stormtrooper. Like all of them, I was taken from a family I'll never know. And raised to do one thing. But my first battle, I made a choice. I wasn't going to kill for them. So I ran. Right into you. And you looked at me like no one ever had. I was ashamed of what I was. But I'm done with the First Order. I'm never going back.” -- Finn, Star Wars: Episode VII – The Force Awakens

That confidence is key:

When Han Solo is aghast that Ben (Obi-Wan) Kenobi has never heard of the Millennium Falcon: “It’s the ship that made the Kessel run in less than twelve parsecs. I’ve outrun Imperial starships. Not the local bulk cruisers, mind you. I’m talking about the big Corellian ships, now. She’s fast enough for you, old man.” -- Han Solo, Star Wars: Episode IV – A New Hope

When C-3PO informs Han Solo that the odds of successfully navigating through an asteroid field are astronomically low: “Never tell me the odds.” -- Han Solo, Star Wars: Episode V – The Empire Strikes Back

When Yoda pulls Luke Skywalker’s X-Wing out of the bog using only the Force:

When Finn breaks Poe Dameron out of his cell and asks if Poe can fly a TIE Fighter, one of the spacecraft used by the Empire: “I can fly anything.” -- Poe Dameron, Star Wars: Episode VII – The Force Awakens

That rarely is anything black and white:

When Luke Skywalker learns the truth about his father: “Your father was seduced by the dark side of the Force. He ceased to be Anakin Skywalker and became Darth Vader. When that happened, the good man who was your father was destroyed. So, what I told you was true, from a certain point of view.” -- Obi-Wan Kenobi, Star Wars: Episode VI – Return of the Jedi

When Luke Skywalker tells Leia Organa that he must confront Darth Vader:

“But why must you confront him?” -- Leia Organa
“Because, there is good in him. I've felt it. He won't turn me over to the Emperor. I can save him. I can turn him back to the good side. I have to try.” -- Luke Skywalker, Star Wars: Episode VI – Return of the Jedi

When Kylo Ren confesses his feelings to Darth Vader’s mangled helmet: “I feel it again. The pull to the light. Supreme Leader senses it. Show me again the power of the darkness, and I will let nothing stand in our way.” -- Kylo Ren, Star Wars: Episode VII – The Force Awakens

And remember, may the force be with you!