Home » Lifestyle » Recreation » Everything You Need to Know about December Holidays 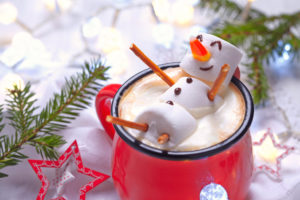 My favorite time of the year is the month that falls between Thanksgiving and Christmas, probably because I used to enjoy a six-week winter vacation starting before Thanksgiving and lasting until after New Year’s Day when I was in college. The entire country is festive, the weather turns crisp, it may snow, and generally, people seem happy. There’s something magical about December, and you don’t have to read The Snowman to figure that out.

For all the Christmas trees that are raised in public squares, animatronic reindeer you see on people’s lawns, and showings of How the Grinch Stole Christmas, you’d think there was only one holiday in December. Fortunately, there are all sorts, and the celebration really does last all month. Learn about all of the amazing things going on this month here! 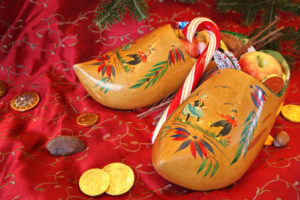 Note: Hanukkah, Christmas, and Kwanzaa will be described in a single blog, scheduled to be posted toward the end of December.

The first December holiday, celebrated on the 6th, is St. Nicholas Day. You can think of St. Nicholas (the patron saint of children) as the predecessor to Santa Claus. Traditionally, kids leave their shoes out by the fireplace or the front door overnight, and when they wake up in the morning, they find that St. Nicholas has filled their shoes with treats. There are many stories about St. Nicholas, generally involving misfortune falling upon three young boys or girls, and then St. Nicholas saving them and their families from trouble.

National Pearl Harbor Remembrance Day, which falls on December 7 every year, serves as a day to reflect upon and remember the events of December 7, 1941, when the Japanese bombed Pearl Harbor, a Naval base in Hawaii. These events led to U.S. involvement in World War II. The Japanese planes sank four battleships, including the U.S.S. Arizona, and damaged four others. They also destroyed smaller boats and numerous airplanes. 2,043 Americans were killed in the attack, and their sacrifice is remembered each December.

December 8 marks the Immaculate Conception, the conception of the Virgin Mary by her mother, Saint Anne. From her conception (to a human father and mother), the Virgin Mary was blessed by God to be free of original sin (that which was passed down from Adam and Eve after the temptation in the Garden of Eden). Many Catholics celebrate the Immaculate Conception with a feast and festival or by attending Mass.

The next December holiday is on the 13th, which marks St. Lucia Day, or Saint Lucy’s Day, depending on where you are. Mostly celebrated in Scandinavian countries, St. Lucia Day commemorates the day of her martyrdom at the hands of the Romans, Pagans who decried the Christian faith. In celebrations today, a young girl is chosen to portray St. Lucia. She, and a procession of girls behind her, wear white dresses tied with red sashes. The girl portraying St. Lucia wears a wreath of candles on her head, and each woman in the procession carries a candle. The candles are meant to symbolize the light with which St. Lucia abated the darkness. This is particularly fitting in Scandinavia, where December is a month with little sunlight.

The winter solstice is the shortest day of the year in the Northern Hemisphere, and the longest day of the year in the Southern Hemisphere (this year it falls on December 21). This is an astrological phenomenon that is related the both the tilt of the Earth and its rotations around the sun. Norse and Germanic northern Europeans celebrated Yule around the time of the winter solstice each year. Ancient celebrations included animal sacrifice, consumption of alcohol, and feasts. Scholars have tied Yule celebrations to superstition, the occult, and fertility. Nowadays, the word “Yule” tends to be used in connection with Christmas.

St. Stephen’s Day is celebrated on either December 26 or 27, depending on the church. St. Stephen was the first Christian martyr, having been stoned to death for denouncing Jewish teachings in favor of Christian beliefs in Jerusalem. St. Stephen’s Day is generally spent visiting with family and friends. In Ireland, however, the day is referred to as Wren’s Day. Traditionally a wren would be stoned to death (as was St. Stephen) and then individuals (mainly children) would visit their neighbors and offer a wren’s feather in exchange for money. December 26 is also celebrated as Boxing Day, a day when households give gifts to their servants or workers. Since household employees would generally work on Christmas, tradition holds that they would get the day after Christmas off to spend time with their own families. 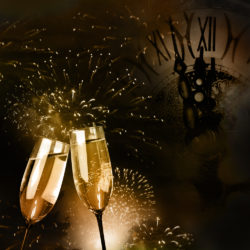 The last and arguably most exciting day of December is New Year’s Eve (December 31). This is the last day of the year and, not-so-coincidentally, the day before New Year’s Day. Generally, people celebrate New Year’s Eve with champagne, parties, fireworks, and dancing (though many people also stay at home and watch Dick Clark’s New Year’s Rockin’ Eve on television. In New York City, a ball drops at midnight to mark the beginning of the new year. Then, across the United States, you can hear millions of people singing Auld Lang Syne.