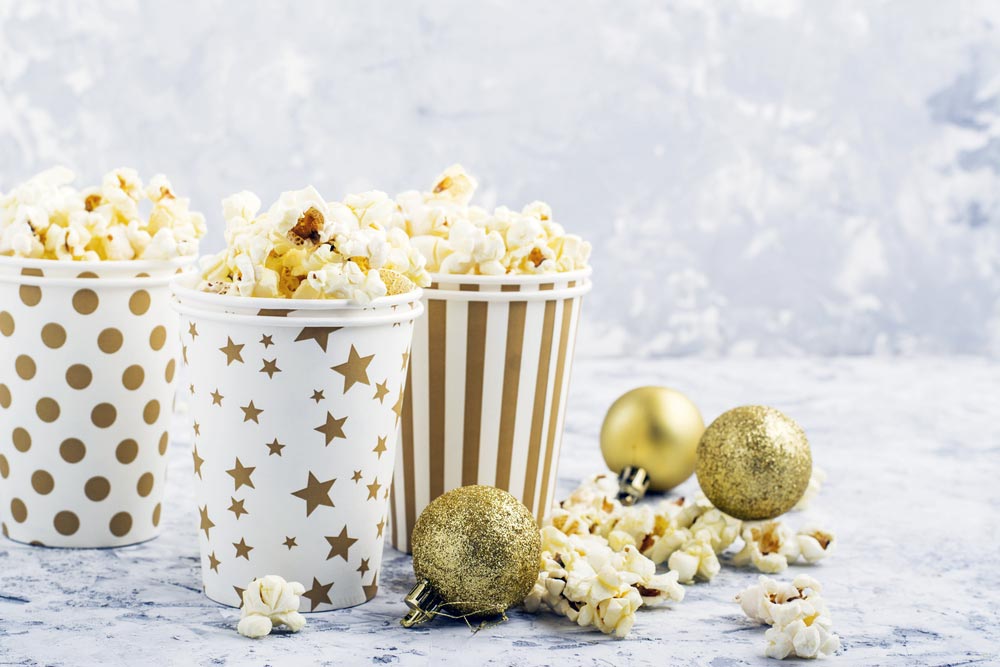 ‘Tis the season to be jolly, or so they say. Winter break does bring about plenty of things to be thankful for: time with your family, time away from school or campus, a break from homework, holidays, cookies, presents, and, best of all, holiday movies. Now I’m a sucker for some of the cheesy Hallmark movies that have been playing on repeat since Halloween, but I will admit that you’ve got to be willing to suspend your disbelief—they’re all so, so unbelievable. If you’re not so much a Hallmark person, here are a few movie recommendations.

Elf: Whether you’re cringing at the fact that Buddy puts syrup on his spaghetti or laughing as a full-sized Buddy sits on the lap of elf-sized Papa Elf, there’s something in this movie for everyone in the family. The story goes that Buddy, who has grown up thinking he is one of Santa’s elves, finds out that he’s actually human and leaves for New York City to find his father, who is on the naughty list. Who doesn’t love a comedic story of redemption?

Frosty the Snowman: Obviously, this animated film is based on the song of the same name. We all know the story: Frosty is a snowman, complete with corncob pipe and button nose, who came to life, played and laughed with the children all over town, and then had to say goodbye. The animated film takes it a step further: there’s a vengeful magician and his pet rabbit, a train ride to the North Pole, a tragic melting experience, and a magical Santa Claus. At only 25 minutes long, it’s the perfect film to wind down your day.

The Holiday: If you’re into rom-coms, but aren’t thrilled with Netflix’s offering of The Christmas Prince, try this movie. It stars Cameron Diaz and Kate Winslet as two women who’ve had it with love and decide to switch homes—and continents—for the holidays. There, predictably, each woman meets someone interesting and drama ensues. You’re not going to learn anything from this movie, and you’ll probably have the end figured out before you’re halfway done, but when it’s the holidays, who cares?

It’s a Wonderful Life: This holiday classic tells the story of George Bailey, a man who is down on his luck and contemplating suicide on Christmas Eve. Fortunately, Clarence, his guardian angel, shows up to convince George that his life is worth living. Through a series of flashbacks and snippets of an alternate reality, we see what George has accomplished in his life—and what life would be like without George. Without giving it away too much, you’re sure to enjoy the heartwarming ending (it is a holiday movie, after all).

Joyeux Noel: Quite unlike the other movies on this list, Joyeux Noel is a historical war movie through and through. It focuses on World War I, particularly the Christmas Truce of 1914. The Christmas Truce was an unofficial ceasefire between the Germans and the Allied Forces that lasted for the duration of Christmas Day. Troops from both sides exited the trenches, shook hands, shared a meal together, and sang Christmas carols. The movie shows the humanity of soldiers even in the worst of times.

Love Actually: Love Actually is certainly a story of love, though it highlights the complicated, messy parts of love as well as the sweet and easy parts. The movie follows several groups of people, all vaguely connected to one another, over the Christmas holidays as they navigate love and relationships. From the lovesickness of a young boy as he tries to gain the attention of his crush to the man who is silently in love with his best friend’s wife, there’s something to make even the coldest heart melt.

The Polar Express: Adapted from a children’s book of the same name (written by Chris Van Allsburg and published in 1985), the 2004 animated film stars Tom Hanks playing not one, but six different characters. The story starts on Christmas Eve, showing a family preparing for the next day. It zeros in on a boy; he’s struggling to believe in Santa Claus and doesn’t feel the magic of the holiday. He wakes up in the middle of the night to find that a train, aptly called “The Polar Express,” has shown up in his yard. Skeptical, he gets aboard and is swept off to the North Pole for the adventure of a lifetime.

Rudolph the Red-Nosed Reindeer: There have been many versions of Rudolph the Red-Nosed Reindeer released over the years, but I’m specifically talking about the 1964 made-for-television special. The story is told by Sam the Snowman, who introduces Rudolph, who is ostracized by the other reindeer for his red nose, and Hermey, an elf who wants to be a dentist. Rudolph and Hermey run away together, meet Yukon Cornelius (a prospector who has never managed to find silver or gold), fight an Abominable Snowman, and explore the Island for Misfit Toys, all before Rudolph saves Christmas. It’s a holiday treat!

The Snowman: This is probably my favorite holiday movie of all time. It was adapted from a children’s book of the same name (written by Raymond Briggs in 1978) and it’s one of those movies that I watch with my family every year. It’s animated, and follows the story of a young boy who builds a snowman one winter’s day. He falls asleep, but wakes in the middle of the night to find that his snowman has come to life. The two have a midnight adventure, set to a beautiful soundtrack. It’s only half an hour long and it’s available for free, so what do you have to lose?