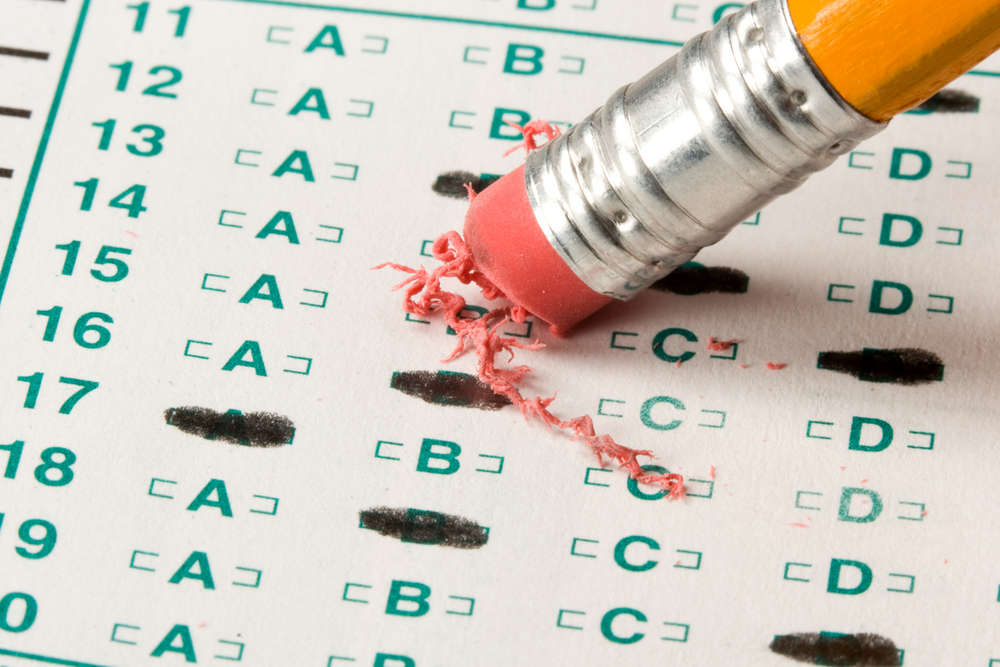 Standardized tests have become an essential part of the college application process, with most schools requiring scores from at least one test. Students who want a spot at the most competitive schools often take more than one test, even retaking tests multiple times throughout the year to try to get a higher score. Even after earning a bachelor’s degree, some students choose to take another standardized test in order to pursue an advanced degree. With all of this emphasis on standardized tests, it can be easy to feel burned out by the whole testing process.

So, why should you try to do well on standardized tests anyway?

Colleges face a tough task in weeding through applications. Consider a scenario: A college is comparing the applications of two prospective students. Applicant One went to high school in a small town in Texas, played sports, and has a 3.2 GPA. Applicant Two went to high school in New York City, was in the band, and has a 3.1 GPA. Their school experiences are different (but one is not necessarily better than the other), their extracurriculars are different (but equally valuable), and their GPAs are similar. How does the school decide?

Although you know yourself and what your strengths and weaknesses are, colleges do not. Instead, they rely on the information in your application to get to know you. The difficulty of classes varies between schools, and extracurricular activities vary with students’ interests, but standardized tests measure the same knowledge across all students. So schools use standardized test scores as one measure to compare you to other candidates. In the scenario above, if the school compared test scores and found that Applicant One scored a 35 (out of a possible 36) on the ACT while Applicant Two scored a 23 on the same test, the odds of admission would be in favor of Applicant One.

For students in high school, the ACT and SAT are the standardized tests that colleges use to compare applicants for their undergraduate programs. These tests are typically taken in a student’s junior and/or senior year of high school, and measure general knowledge in areas of reading, writing, math, and science. While these tests are important, remember that your scores are just one piece of the application that colleges consider for admissions.

If you understand why these tests are important, but you’re just a really bad test-taker...

You’re certainly not alone. If you’ve taken one of these standardized tests once and didn’t score as high as you hoped, consider taking the test again. However, if you do this you should make sure that you study more and/or in a different way than before. Consider aids like study guides made by the test manufacturer, test prep classes, and practice tests. You can find tons of resources online, too.

Students wanting to attend graduate school are limited in which standardized test is accepted by their program, but students who are applying to undergraduate programs can generally choose to take either the ACT or the SAT. If you took one test and didn’t do as well as you’d hoped, consider taking the other. The ACT tends to be geared towards science and math, so if those are your strengths then consider that test. If you tend to do better at reading and writing, consider the SAT. For more information on deciding which test to take, check out this article.

Those who have a diagnosed disability should be sure to take advantage of any testing accommodations that they are eligible for. Accommodations include extra time, a separate room, extra breaks during the test, and more. Typically, it’s easiest to talk to your school and have them submit the request for your accommodations to the testing company on your behalf. Make sure you submit the accommodations request as early as possible! Once you’ve received accommodations on a College Board-administered exam (like the SAT) or on the ACT, you won’t have to resubmit documentation to receive accommodations on the same test again.

Lastly, if you’ve taken a test multiple times, tried different study methods, and taken advantage of any accommodations, but still aren’t getting anywhere close to the average test score for the schools you want to apply to, consider test-optional colleges or community colleges. These schools do not use ACT or SAT scores as part of their admissions criteria. Students considering graduate school should note that some graduate programs do not require GRE scores.

Remember that just because you did poorly on a standardized test (or even just not as well as you’d hoped), it doesn’t mean that you can’t still get into your choice of schools. If you’ve already tried to raise your test score, focus on the other parts of your application instead—your essays, letters of recommendation, and extracurricular involvement. While having a high test score can strengthen your application, highlighting your strengths through your essays and letters of recommendation can also offset a lower test score.