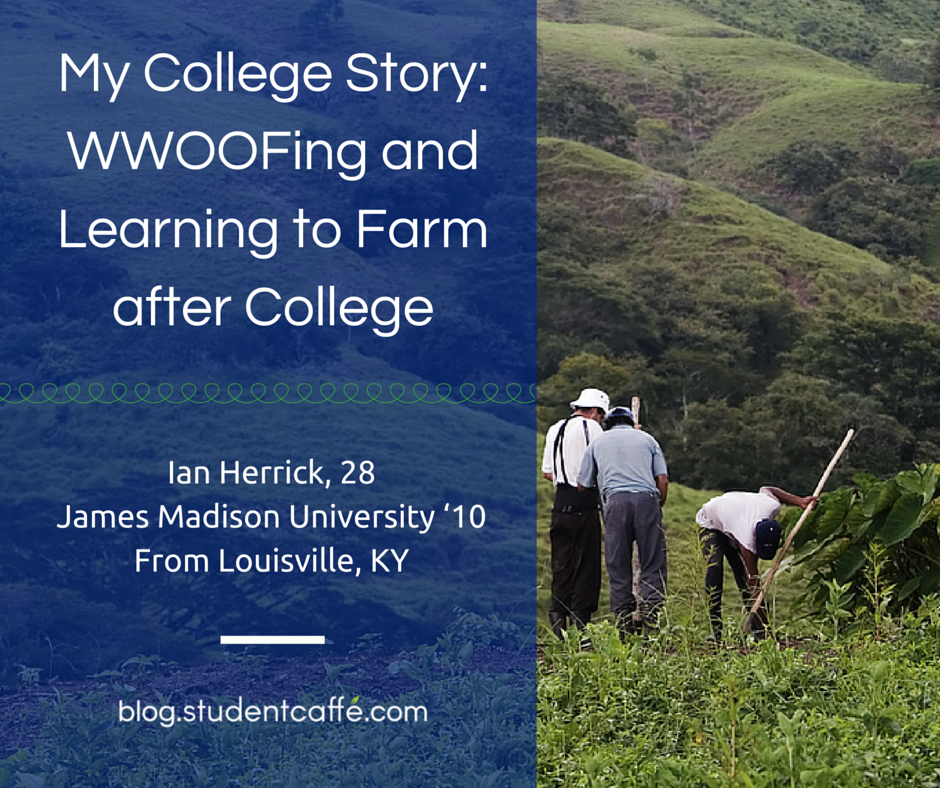 In 2010, Ian Herrick graduated from James Madison University in Harrisonburg, VA with a bachelor’s in business administration. His degree prepared him to work as a sales manager for PepsiCo, a job he began immediately after college graduation. After two years, however, he was itching to develop new skills, travel, and explore other interests in sustainability and agriculture.

WWOOF, short for World Wide Opportunities on Organic Farms, seemed like the answer. WWOOF is a network that connects organic farmers around the world with willing volunteers and workers. Most opportunities are not paid, but workers receive housing and food in exchange for their work. Over the course of two years, Ian worked on farms in three states: the Self and Soul Center in Talent, Oregon; the High Desert Center for Sustainable Studies, Rain Crow Farm, and Zephyros Farm and Garden in Paonia, Colorado; and Rancho Mastatal in Mastatal, Costa Rica. 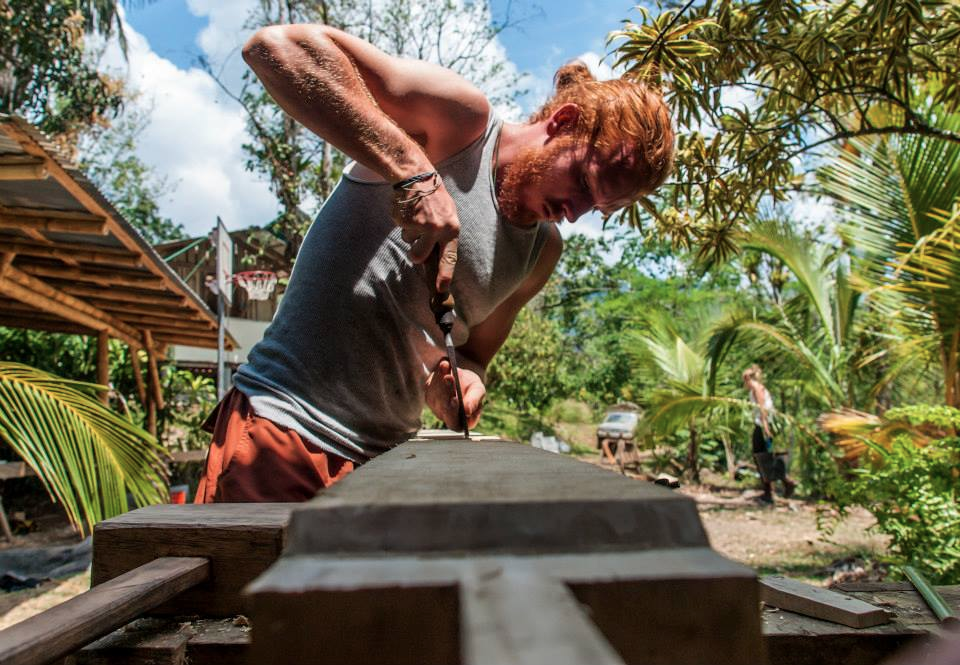 Q. Did you have doubts when you decided to quit your sales job and learn to farm?

Not really. While I appreciated the security my job afforded me, I wanted to challenge myself in a different way. The only doubt was giving up a paying job for a work-trade job, but that aspect was part of the draw for me.

Q. When did you become interested in the environment and sustainability?

I’ve had a love of the outdoors ever since I was 12 and my Dad packed us into a 1998 Previa and drove us to Yellowstone National Park and back. While in university, I picked up the book Ishmael by Daniel Quinn on a friend’s recommendation. It totally changed my perspective on the world. In the book, the author discusses the shift that agriculture brought to the human species and classifies people into two categories: leavers and takers. “Leavers” are humans that formed cultures which thrived for thousands of years before the Agricultural Revolution, and “takers” are most civilized humans that were born after said revolution. This book—coupled with rising global interest in sustainable farming practices—was all I needed to fall down the rabbit hole. 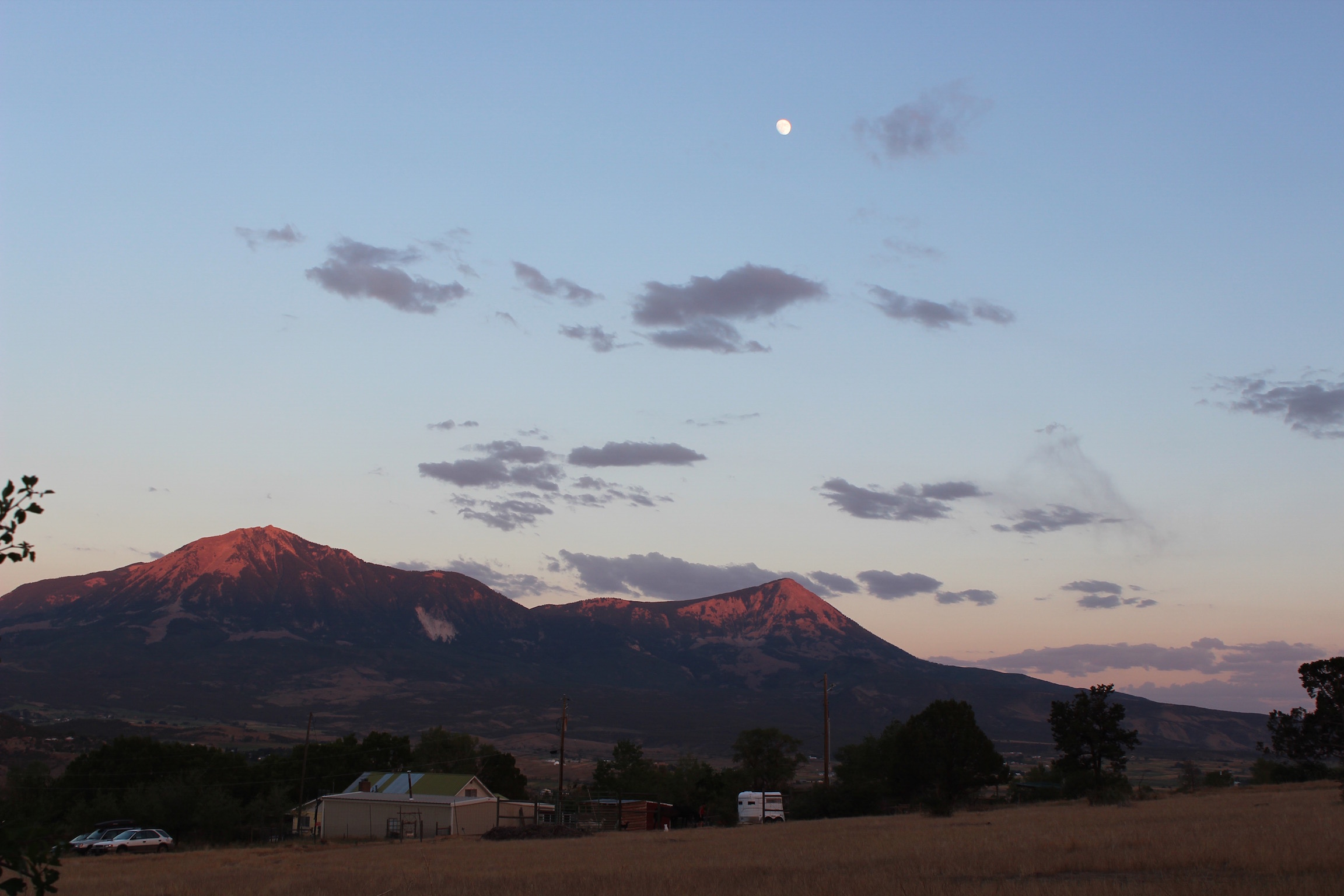 I WWOOF’d in Talent, OR; Paonia, CO; and Mastatal, Costa Rica.

I purchased the North America list when I began my WWOOF search and only had to purchase it one time. It’s a massive list with a variety of options available. It was important that I already had an idea about where I wanted to travel or else I probably would have been overwhelmed by it. Once I decided on a handful of locations, it was up to me to reach out to the owners and apply. The farms had me write an essay, do a phone interview, and provide references.

I wanted to travel around the Northwest of the United States, so I decided to look for work in Oregon. After fulfilling my commitment in Oregon, I used the list to find another opportunity in Colorado. It was in Colorado that I met a large community of farmers and learned about an apprenticeship program in Costa Rica.

Q. Did you learn anything from your time WWOOFing that you couldn’t have learned in a classroom? 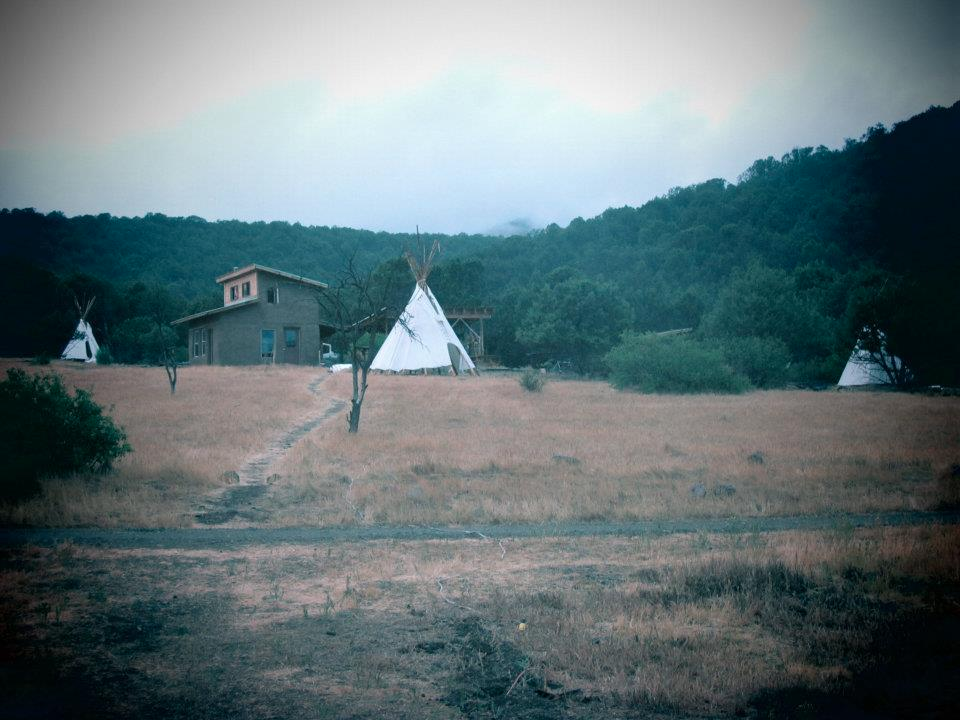 I learned the value of experiential learning—learning through the reflection of doing. Every WWOOFing site I visited emphasized this form of learning, and I found it to be the best way to learn about agriculture and sustainability.

Q. How have your experiences WWOOFing affected your future goals?

That’s an interesting question. Before I decided to WWOOF, I didn't really have a clear idea of what I wanted to do in the future. I had studied business in undergrad and contemplated going back to school to get my MBA, but I didn’t know if I wanted to continue studying business. What WWOOFing did was allow me to experience a variety of different jobs within sustainable agriculture without the pressure of having to commit full-time to any of them until I found the work the suited me best. Because of this I was able to develop a more thoughtful idea about how to best utilize my skills and interests. 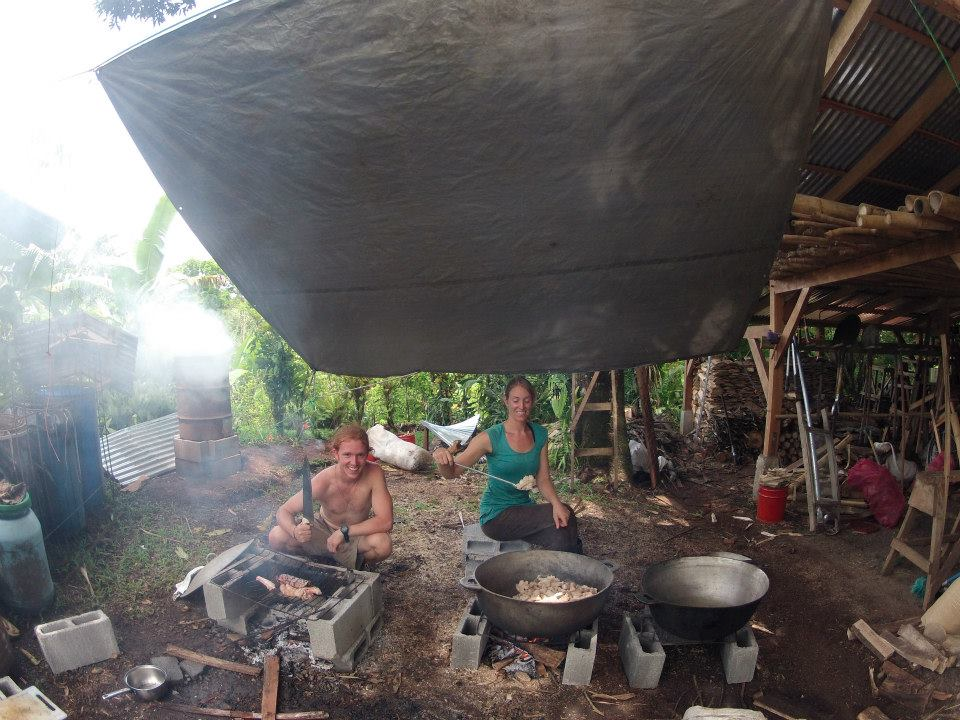 The farmers at Rancho Mastatal in Mastatal, Costa Rica taught Ian and the other WWOOFers how to butcher pigs (Ian Herrick)

I now serve as the environmental education coordinator at YouthBuild Louisville. In this role, I am developing a program for young adults that introduces them to agriculture, horticulture, and conservation through the experiential learning practices I learned while I was WWOOFing.

Q. What advice do you have for students who are considering WWOOFing as a gap year before or after college?

Do your research. Really ask yourself what it is you are hoping to get out of WWOOFing and search for those specific opportunities. Make sure your hosts are very clear about what they expect from you in regards to labor and how you will be compensated. Wear sunscreen.