Home » Growth » What Lessons Can “The Lord of the Rings” Teach Us? 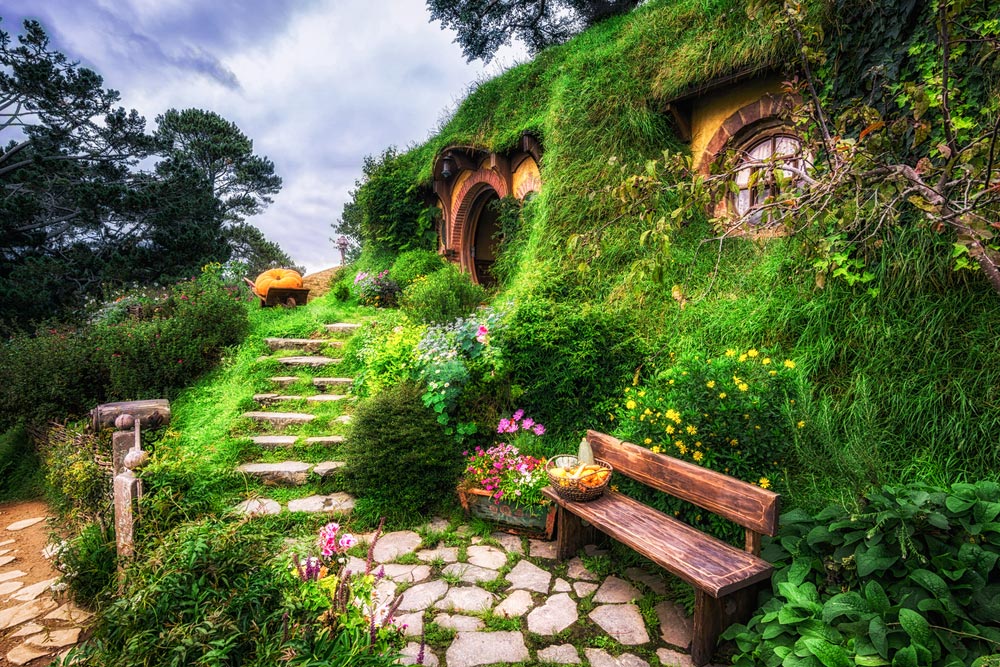 The Lord of the Rings series is not only a literary masterpiece written by J. R. R. Tolkien, but a set of three more-than-feature-length films (not to mention the three-part Hobbit series). The films led to the development of posters, board games, figurines, and other memorabilia; I’m not too ashamed to admit that I had an Aragorn poster in my bedroom when I was in high school.

Reportedly, there is a five-season-long Lord of the Rings-inspired television show under development; it will be produced by New Line Cinema and Amazon and air sometime in the next few years. Yes, I’ll be watching.

Why has Lord of the Rings sprouted this massive fandom that doesn’t seem to have an end? What is it about those stories and those characters that make people want more and more of the Lord of the Rings universe?

For me, it’s the attractive cast.

It actually started in eighth grade, when my English class took a field trip to see The Lord of the Rings: The Return of the King in theaters. I’m not sure how it was relevant to class, because I have no recollection of reading the book beforehand, but I remember being really excited to go, because field trip. I have a vivid memory of seeing the opening scene—it’s the one with Gollum and the worm—and thinking that I was surely going to hate this movie.

At that point, I hadn’t seen any of the movies or read any of the books, but after sitting through three hours and several false endings, I was hooked. I organized a movie marathon with my neighbor and then bought and read the books a few weeks later.

These are the universal lessons that I took away from the series:

“Not all those who wander are lost.” -- Bilbo

This line, taken from a poem that Bilbo wrote about Aragorn, references Aragorn’s experiences roaming throughout Middle Earth as a Ranger, and how eventually they lead him to become king. So, you may not know where you’re going, you may not even have a destination in sight, but as long as you’re moving, you’re accomplishing something. Movement, even without a defined sense of direction, is still movement. You may be finding yourself, exploring new challenges, or searching for what makes you happy, but it doesn’t mean that you were lost to begin with. Furthermore, people have an innate desire to avoid stagnancy. You may feel it if you’ve worked a menial job for a long period of time. You may feel it when you’re tired of your classes and can’t wait for the semester to end. Take the signs your body is sending you. Travel. Find a new job. Move to a new place. Wander.

“Deeds will not be less valiant because they are unpraised.” -- Aragorn

Before heading to battle, Aragorn tells Éowyn to stay back and defend the homestead, despite her willingness to fight—essentially telling her that just because someone doesn’t notice or reward her for her efforts at home, it doesn’t mean that they’re meaningless. (Thankfully, Éowyn sneaks into battle anyway.) Think about it, though. If everyone today were to only start doing tasks that were recognized and praised by others, very little would get done and the world would collapse. You wouldn’t make your bed in the morning, you wouldn’t go to class or work; you wouldn’t tip your server… maybe you wouldn’t even get out of bed at all. While external validation is nice, you don’t need it to do good things, or anything. Stay productive, and know that your tasks make a difference in at least one life: Your own.

“There’s some good in this world, Mr. Frodo… and it’s worth fighting for.” -- Sam

Carrying the Ring throughout Middle Earth is no easy task. In fact, Frodo almost succumbs to it’s powers more than once. But Sam, his trusted companion, is always there to get him back on the right path. Call me a sap, but this quote holds a certain amount of truth. Whether you fight for equal rights, clean water, or the protection of endangered animals, there is something that is worth your time and effort. Some problems, like starvation and extinction and war, are so big that it doesn’t seem like we can fix them at all. But shouldn’t we at least try?

In a major win for women everywhere, Éowyn manages to slay the Witch-king, a feat that no man could accomplish. This is important because Tolkien’s books are very male-centric. The main characters are mostly men; no woman is part of the Fellowship of the Ring. With Éowyn, though, women get a chance to prove that they’re able, and, in fact, necessary, to win certain battles. It makes you think about today’s society a bit, where women are paid less than men for equivalent positions, but they’re just as willing and able to do the same caliber of work. Or how women are underrepresented in particular fields, even though the women who have broken through the glass ceiling are excelling.

“All we have to decide is what to do with the time that is given to us.” -- Gandalf

Frodo happened to be born in a time of war, and he happened to get asked to help destroy Sauron. Those events were out of his control, but he decided to step up and make a difference. So much of life is uncontrollable; we can’t change our backgrounds, our pasts, or our histories, but we can decide what to do now and in the future. What choices will you make? Where does your road lead? What do you want to accomplish in your life? You, not anyone else, get to make these choices. Your future is in your hands, so use it wisely.

“Even the smallest person can change the course of history.” -- Galadriel

While this quote literally refers to hobbits, who are small—and save the world by destroying the Ring—it can be relevant to anyone. You don’t have to be a bigshot to make a difference. Average people make a difference every day. Just look at the teenagers who are taking a stand after Parkland or children who host lemonade stands to raise money for charity. When I was in high school, I asked for dog food instead of birthday presents, and I donated everything to the local shelter. Did I change the whole world? No. But for a little while, I changed the world for those shelter animals.

“Faithless is he that says farewell when the road darkens.” - Gimli

Things will get hard and you will be tested. It’s a fact of life. If you allow yourself to be detained by every setback or unforeseen complication, you’re never going to accomplish anything. Instead of giving up, harden your resolve, just as Gimli did in his quest to help Frodo when the going got tough. With a boatload of determination and an armful of persistence (and a fellowship of friends), you can accomplish anything. Don’t run from an uphill battle. It’ll be all the sweeter when you come out victorious.

“If more of us valued food and cheer and song above hoarded gold, it would be a merrier world.” -- Thorin Oakenshield

This is a bonus, because the quote comes from The Hobbit and not one of the books in the Lord of the Rings series. But I like it, because of how relevant it seems today. People get so caught up in making money, finding a high-paying job, or having money and tangible things for the sake of having money and tangible things that they neglect their families and themselves. Spend time with your friends. Take a trip home to see your family. The memories you have at the end of your life will be so much sweeter if they’re with people you love than if they’re of a job, a fancy car, or a bank account.

What’s your favorite Lord of the Rings quote?