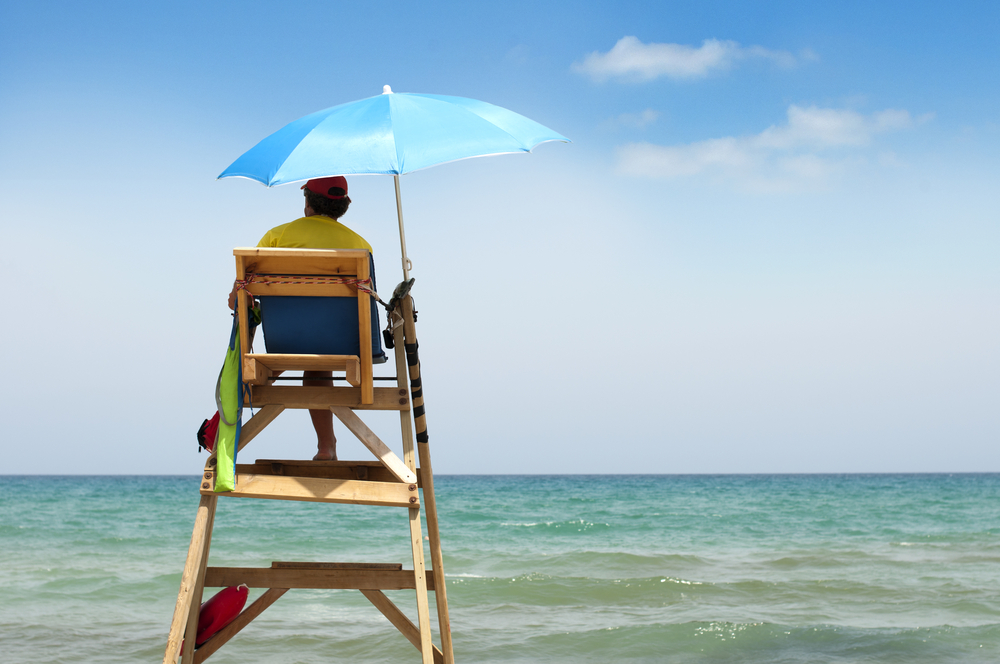 Beach getaways for spring break and summer vacation are a favorite tradition of many families and friend groups around the world. There’s nothing like having the sand between your toes, the sun on your face, and the smell of sunscreen and surf in the air. Beaches can be a dangerous place, however. CDC statistics show that in the United States alone, over 3,500 people drown each year, many of these a result of alcohol intoxication. So, before you pack up and head to Cancún, Maui, or Panama City, there are a few things you should keep in mind.

Just because the water looks calm doesn’t mean that it actually is. The National Weather Service has offices along the U.S. coasts that issue forecasts for rain, lightning, temperature, and wind, but also the risk of rip currents and the UV index. 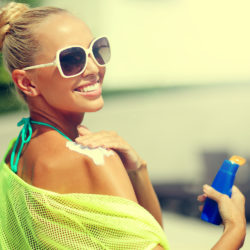 Even if the UV index is low, you should still apply sunscreen to exposed skin. Look for a broad spectrum sunscreen (one that blocks both UVA and UVB rays) and has a sun protection factor (SPF) of at least 30. If you’re planning on swimming or sweating, looking for a sunscreen that is also water and sweat resistant is a plus. Sunscreen should be initially applied at least 15 minutes before sun exposure and reapplied every two hours or after swimming.

Typically, green means go and red means stop, but the colors and placement of flags may differ depending on what beach you’re visiting. If the flags indicate that it is unsafe to enter the water, do not enter the water. Play beach volleyball or visit a different, safer beach instead. If the flags indicate that the beach is open, still be careful and aware that conditions can change suddenly.

A rip current (often incorrectly referred to as a rip tide) is a powerful, narrow channel of water that can flow as fast as eight feet per second. Generally, they flow perpendicular to the shoreline. Though they are strong, they are also small, meaning that if you keep your wits about you, you can swim out of a rip current without drowning as a result of fatigue or being pulled too far out to sea. 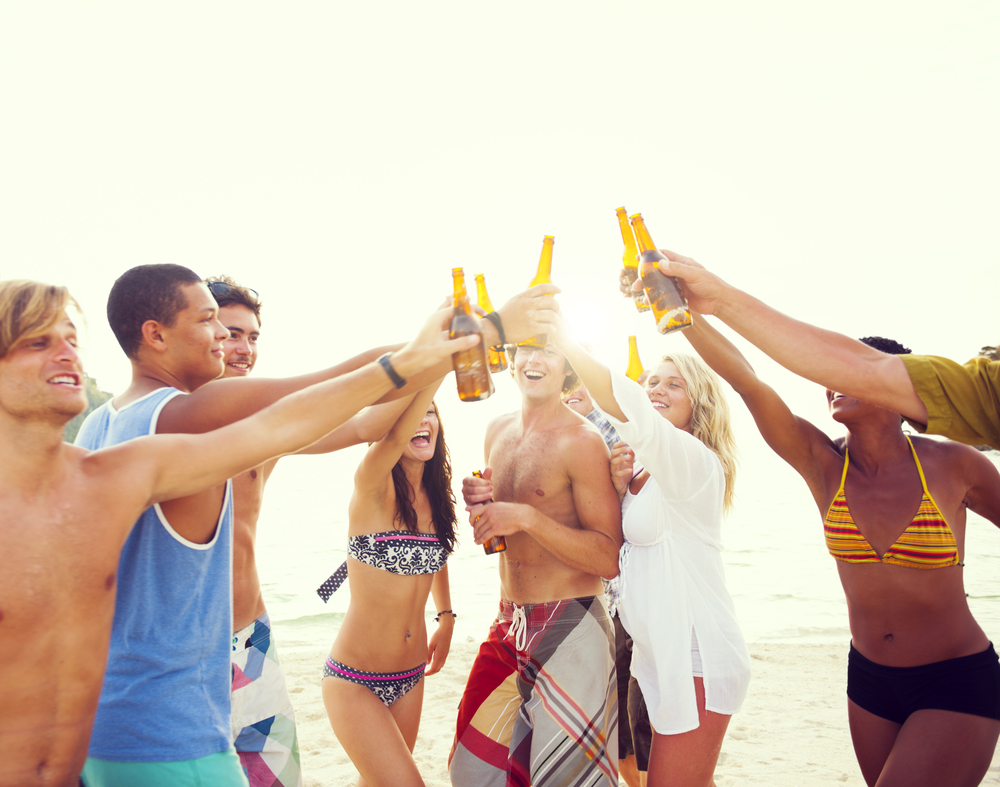 Not only is it illegal for people under the age of 21 to purchase or consume alcohol, but drinking at the beach can have some pretty negative side effects. For one, you will dehydrate way more easily than if you were drinking water or juice. Secondly, alcohol dulls your senses, impairs your reaction time, and can make you pretty clumsy in the water, making drowning much more of a possibility than it would be otherwise. Not only that, but should you need to be rescued, being intoxicated makes it less likely that CPR will be effective.

Some beaches, like Gulf Shores in Alabama, have voted for bans on alcohol at the beach during spring break. Since travelling to the Gulf of Mexico has become a popular spring break event for college students, alcohol consumption during spring break has climbed. This dangerous and unappealing to other visitors, and it can be dangerous for the students.

Do not approach wildlife.

Wild animals are not your friends, and by swimming at the beach, you are trespassing on their territory, not the other way around. In addition to the big threats that may be present at coastal beaches (jellyfish, sharks), you should always watch out for stingrays, sea urchins, lionfish, and lost alligators. Never approach, pick up, or try to interact with sea creatures.