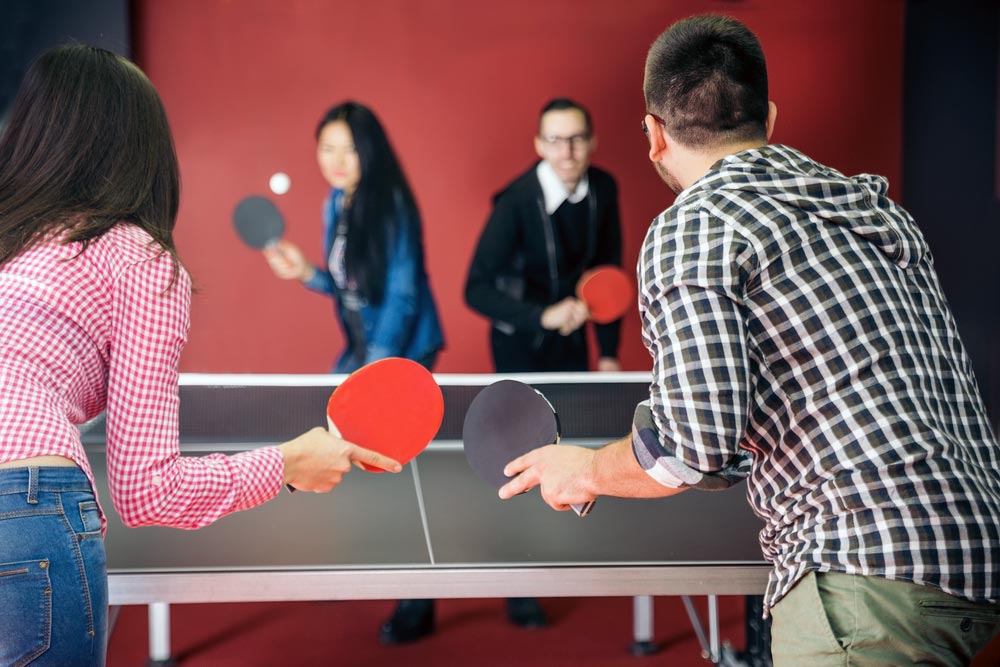 College is a great time to try new things, explore new interests, and discover new passions. What better way to do this than join a club? If you’re looking for something beyond the run-of-the-mill options like sororities and fraternities, intramural sports, and clubs centered around your major, check out some of the unique extracurriculars offered at schools around the United States below!

The Appalachian Nerd Network: The Nerd Network at Appalachian State University seeks to connect students who have similar interests, including “science fiction, anime, video games, comics, etc.,” and help them find other groups related to their hobbies.

Beekeepers Club: Learn more about beekeeping (and help the environment!) by joining the Beekeepers Club at Pennsylvania State University. Members work together to collect honey, make candles out of fresh beeswax, and maintain the hives on campus.

Bellydance Club: Students at North Carolina State University can join this unique club to learn about the history of belly dancing and how to belly dance. There are opportunities to participate in performances around campus.

Campus People Watchers: This group at the University of Minnesota hosts planned activities to examine the social, psychological, and analytical sides of people watching. The hosts promise that it’s not creepy in the slightest. Not to mention that even if it was, everyone does it anyway. Why not people watch with friends?

Circus Club: Florida State University students may audition to join the Flying High Circus. If you don’t have circus-related skills yet, but are interested, consider taking the one credit hour Circus Activities class! The course teaches basic aerial and ground acts, but taking it isn’t a requirement to join the club.

Culinary Club: Open to students with and without culinary experience, this club at Rutgers University provides “basic culinary demonstrations with hands-on work so that students can be trained in the basic techniques of the kitchen.” If you’re an aspiring chef, this is for you!

Happiness Club: This group at Northwestern University attempts to make others’ days by sponsoring fun, free events that often involve puppies, candy, balloons, and anything else you can imagine that would put a smile on someone’s face.

Humans vs. Zombies: This epic game of tag originated at Goucher College in 2005, and since then has spread far and wide. Check to see if your campus has an organized group, or start one yourself!

The MIT Assassins Guild: If live-action roleplaying is your kind of thing (and you attend the Massachusetts Institute of Technology), this might be the club for you. In addition to roleplaying games lasting anywhere from a few hours to over a week long, the group runs weekly dart gun combat games.

People Who Potluck: Also at the University of Minnesota, this group meets bimonthly to have a dinner prepared by all; each member brings a dish or ingredient to share. Enjoying meals together is great way to build friendships with little pressure!

Skydiving Club: Hands down the most extreme club on the list, the Skydiving Club at Virginia Tech seeks to promote skydiving as a sport and make it affordable to students who may not otherwise be able to afford jumps. Club members compete on both a regional and national level.

Smash Club: Are you a fan of Super Smash Bros.? Students at The College of William and Mary can join a club dedicated to the game, complete with competitions.

The Squirrel Club: The purpose of this club is simple: to feed peanuts to the squirrels that live on the University of Michigan campus. For $12 you can get your very own Squirrel Club shirt to wear proudly around the quad.

Quidditch Club: Harry Potter fans can play this muggle form of quidditch as part of a team on any number of college campuses around the country. It involves a human “snitch” who runs around the field trying to evade being captured, but otherwise the rules are rather the same as they are in the books. There are regional and national competitions if your team does well! What’s not to love?

The Quill and the Sword Medieval Reenactment Club: Variations of this club exist at campuses across the country. At Brigham Young University, the mission is “to educate people about, and to recreate the Medieval lifestyle from all of Eurasia, from the basic lifestyle, mode of cooking, working, and dressing to politics, warfare, music and dancing, and any other aspect of life between 600–1600 A.D.” If you’re a history buff with a penchant for live-action roleplaying, it may be worth a look!

What are some of the more unique extracurriculars on your college campus?