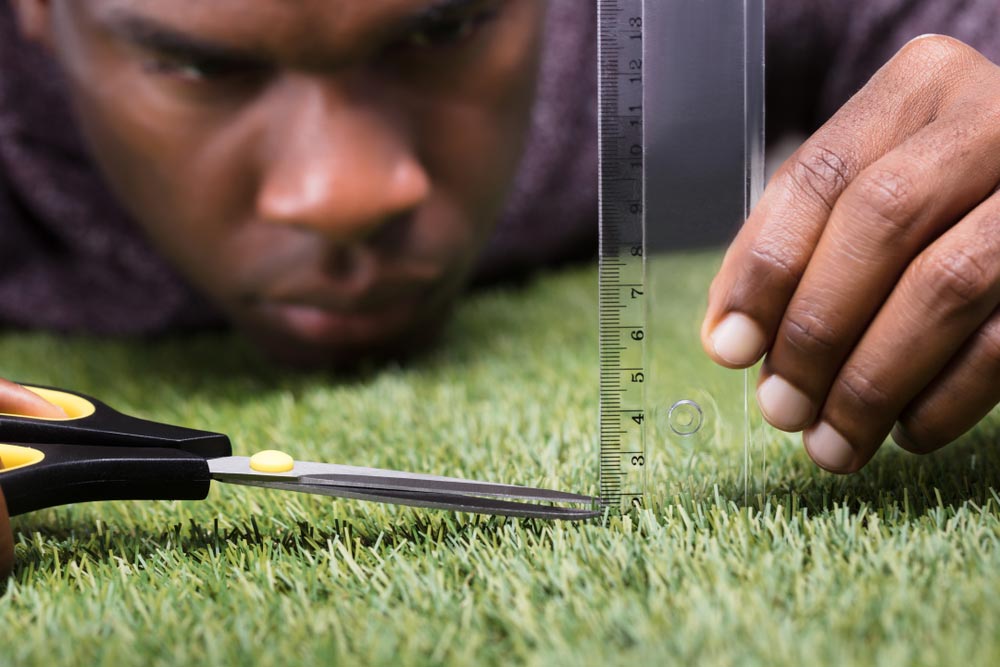 A few months ago, after watching an episode (or six) of The Great British Baking Show, I got it in my head that I wanted to make the perfect Queen of Puddings. A Queen of Puddings is a complicated dessert that is made up of a baked custard, homemade raspberry jam, and topped with perfectly whipped meringue. My jam turned out amazing. The meringue was decent. But the custard? It wouldn’t set. Admitting defeat after having it in the oven for hours, I served up some watery, egg mixture that tasted great but looked… not good.

The whole thing ended up going in the trash. In my quest to impress my family by making something perfect and amazing, I’d overestimated my abilities and instead produced a massive failure. I’m sad to say that I haven’t tried again to make it, or really any dessert that doesn’t come out of a box, since then.

People think that aiming for perfection is a good thing, but really, it sets you up for failure.

Because there is no such thing as perfect.

Think about a car, for example. No matter how well you take care of it, you will inevitably have to fill it up with gas, take it for an oil change, and give it up when it stops running the way it should. Machines, which are probably the closest thing we have to perfect, will always wear out and start to fail. Now think about your best friend or your brother or a classmate. People don’t inevitably wear out and start to fail in the same way that machines do, but they do make mistakes and get things wrong sometimes. We all do. It’s only human. And that’s okay.

Perfectionism isn’t really about high standards and doing things correctly and well, it’s about unrealistic and unattainable standards. A perfectionist can always “do better,” so their work is never done. When “good enough” becomes the equivalent of failing, your mental health is bound to suffer. There’s never the feeling of satisfaction that comes with accomplishing something, because it’s never going to be the best that it can be. Even if you do feel satisfied temporarily, there’s more to be done.

Not only does this lead to you wasting a massive amount of time and effort, it creates a prime environment for anxiety and depression. When you’re constantly worried about failing, or not happy with the products you are producing, you burn out. Your stress levels skyrocket. You don’t ask for help. You become angry. You become embarrassed. You beat yourself up. You stop trying new things.

This is another way that perfectionism is harmful. It offers a protective barrier that prevents criticism and embarrassment. It has nothing to do with striving for your personal best, but everything to do with making sure the people around you have no ammunition to use against you. If everything you do is perfect, then you’ll never be judged. But that’s the problem.

Perfectionism, in fact, holds you back from becoming your best self.

Perfectionists think that making a mistake is a sign that they are personally flawed, or a bad person, or not good enough. Realists, or, really, everyone who isn’t a perfectionist, think of mistakes as a learning experience. The criticism and shame that stem from making a mistake may feel bad at the time, but they’re crucial to figuring out another way to do something or get to the desired endpoint. Without first doing poorly on the SAT, for example, you’ll never learn what to study to improve your score.

When you aim for perfection simply as a way to avoid making mistakes and embarrassing yourself in the eyes of other people, you’re selling yourself short. You’re giving other people the power to determine your self-worth, and that is a power that only you should have. Just because one teacher gave you a C on a paper doesn’t mean that you’re a terrible person. It means that you struggled with the content or that you didn’t fully understand the assignment. It’s forgivable.

Instead of striving for perfect, let yourself make mistakes. Let yourself fail. And let yourself learn from it. I remember reading a story about a father who challenged his college-aged daughter to fail a paper (or maybe it was a class) to prove to her that the world wouldn’t end if she didn’t do well on everything. She didn’t end up following through and failing on purpose, but knowing that she could—and that everything would be okay—took the pressure off. Instead of having no room for errors, she had some wiggle room.

So here’s my challenge to you. Be motivated. Develop a good work ethic. Strive to improve. Be your authentic self.

As for me, I’ll make another Queen of Puddings.