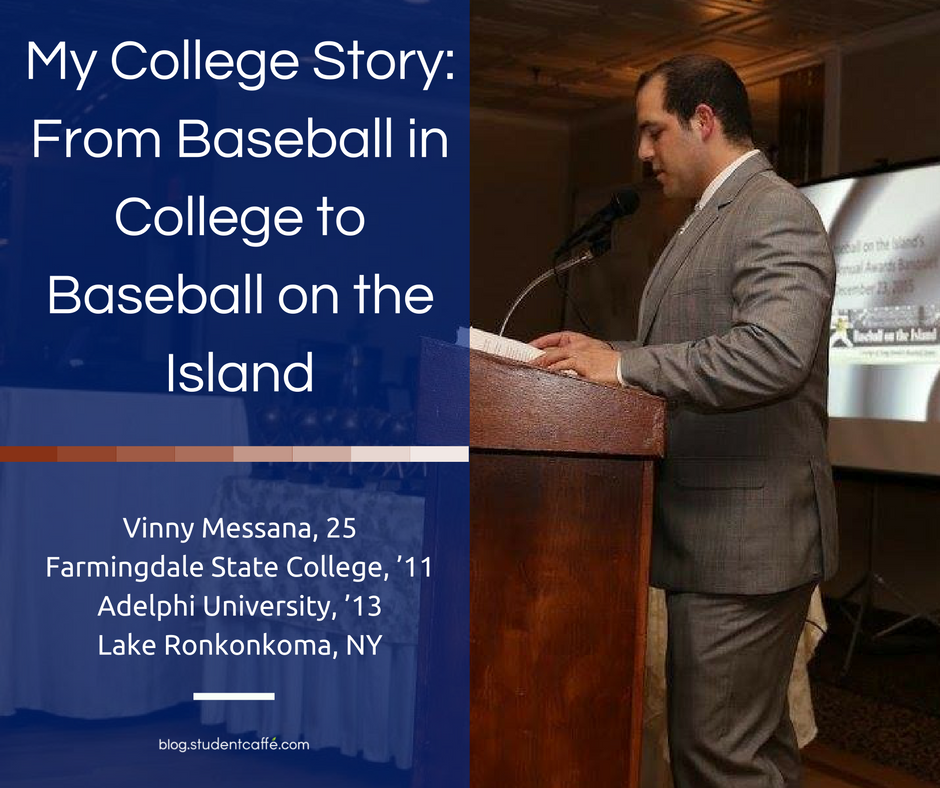 Vinny Messana at the Baseball on the Island awards banquet on December 23, 2015. (Vinny Messana)

Vinny has always been an avid baseball fan, and he played for both his high school and college teams. When he was at Adelphi University, however, he was forced to sit on the sidelines because of an unfortunate turn of events: a torn rotator cuff. A year later, he created a blog, Baseball on the Island, where he could post scores from local college games and feature stories about top athletes. His personal blog quickly parlayed into the premiere news sources for high school and college baseball players around Long Island.

Q. How did your baseball career and your injury shape your academic and professional goals?

Prior to my injury, playing baseball consumed almost my entire life. When that was abruptly taken away, and compounded with the death of my father, I needed to find a positive outlet. Writing was always one of my hobbies, and baseball was always my passion. I used the knowledge I was taught in my journalism classes to pave the way for this idea. I also focused much more on my grades and made sure nothing got in the way of graduating on time.

Q. When you first started writing Baseball on the Island (BOTI), you were in college, writing about friends who played the sport. What was the turning point when you realized the need for your work?

Probably around the time I created a Twitter account for BOTI I realized that people were really interested in what I was doing. It quickly accumulated 500 followers. Players were reaching out to me to cover their games; parents wanted me to write feature stories on their kids; and it became clear to me that this was an entirely sustainable business to be involved in. Today, [BOTI has] 3,000 followers, and they tend to be obsessive when it comes to keeping up with the news.

Q. You took a job with Baseball Info Solutions before officially beginning your business. How would you compare your seasonal full-time position writing with them to working for yourself?

It’s entirely different. When you work for someone else, it’s human nature to take the shortcuts, but when you have your own business, you value efficiency and accuracy. I realized there’s no substitute for hard work. 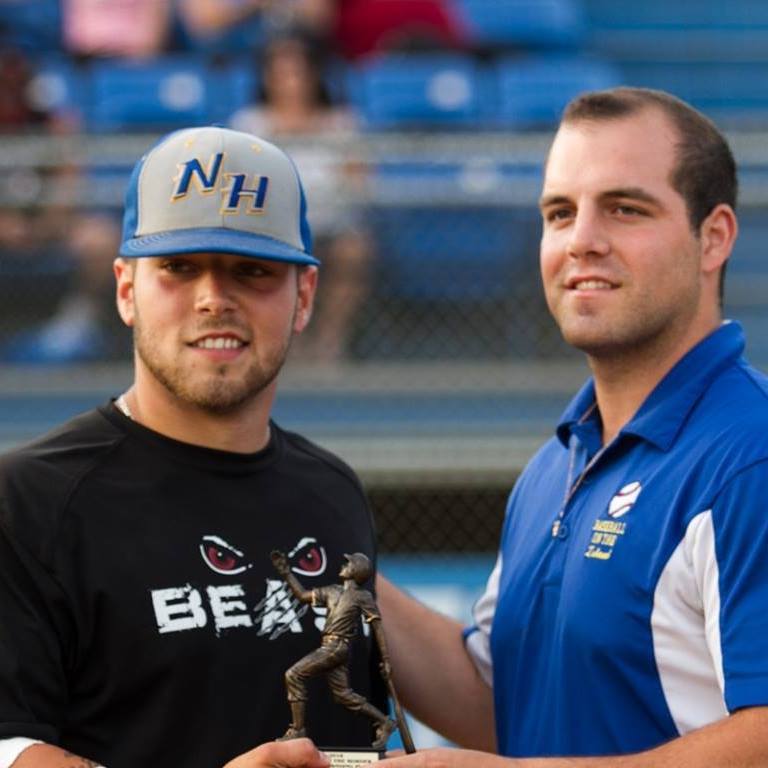 Vinny spending time on the field for his business, Baseball on the Island. (Alex Fuller)

Q. When did you decide it was time to start advertising on the site?

There’s not so much a number of views as much as it is [about] buzz. Once I began going to games and people were recognizing me, I knew this was a viable revenue source. Additionally, BodyArmor reached out to me to promote its product, and I was really taken aback. A company owned by Kobe Bryant should not find my amateur baseball blog to be useful—or so I thought.

Q. Within the first few months, Baseball on the Island had 60,000 views. What have you done since to further expand your business?

I realized that in order to be perceived as a credible publication, I needed to be more than a blogger. Hosting a huge awards banquet would serve two purposes: [it would be both] a tangible accolade for players and a tangible event that shows I’m recognizing the top players. I also hosted an all-star game in June, which allowed for the top players to showcase themselves the week before the draft. It was very successful, and Jonathon Mulford of Adelphi was selected by the St. Louis Cardinals. It showed that the event was not meant to be a moneymaker, but meant to feature the top talent.

Q. It’s common for people to doubt young entrepreneurs. How have you learned to stand by your product and market yourself despite stigma?

Content is king. I could be a former Major Leaguer or someone that peaked in little league, but if I can prove I recognize the top players and deliver accurate rankings, I am now taken seriously in this industry. It doesn’t hurt that I have experience playing college baseball, but it’s certainly not a prerequisite.

Q. What advice would you give to other young entrepreneurs?

Find something that you are passionate [about] and pursue it relentlessly. There’s no substitute for hard work, but it truly is enjoyable when you begin to reap the benefits of that hard work.