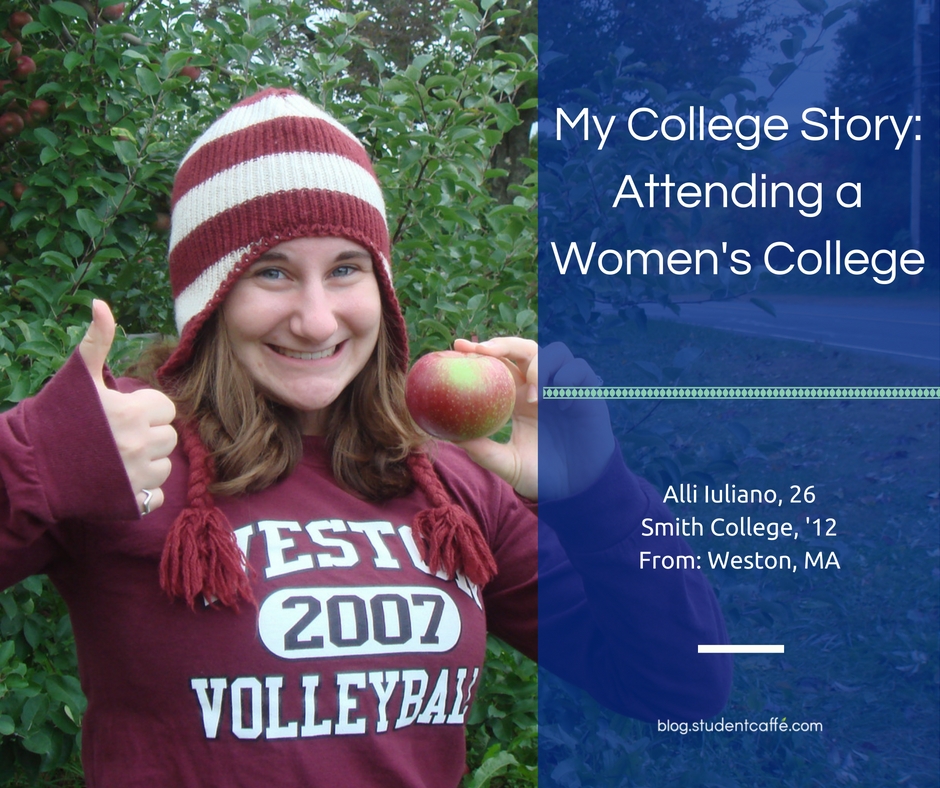 Alli Iuliano attended Smith College, a liberal arts college for women in Northampton, Massachusetts. College life at Smith is steeped in tradition. There is everything from house tea parties to an annual Julia Child-inspired campus holiday to bell ringing for special occasions. Alli participated in as many activities as she could. When it came to academics, she enjoyed taking many culture-related classes, majoring in Spanish language and literature and minoring in East Asian Studies.

Q. Did you always want to go to a women's college?

When I started the college application process, a women's college was not what I was envisioning. I really had no idea what I wanted to study. Instead, I focused on how to become the adult that I was hoping to blossom into. By looking at the women that I aspired to be, both celebrities and acquaintances, I realized that a women's college degree was a very common trait. All of the women who went to women's colleges seemed to have this undercoat of self-confidence. I chose Smith because I felt that, even if I didn't get a full undercoating of my own, some would at least rub off on me.

Q. Smith College considers applications from anyone who identifies as a woman, transwomen included. That said, many students transition or experience gender identity changes during college. What about Smith makes it an inclusive environment that works to support students of all identities? 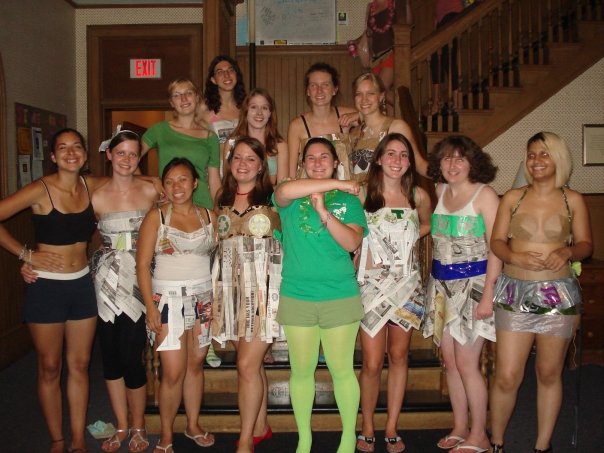 Alli's dorm was given the theme "going green" and dressed up for convocation. (Alli Iuliano)

You do have to remember that Smith, and similar institutions, are very self-selecting. The kind of women that are more open to a single-sex institution also tend to be more open to gender and sexuality spectrums, or really any lifestyle alternative. There is an entire dining hall for vegan meals, for example. That being said, I do think that Smith creates space for inclusion more intentionally than other institutions. At Smith, you are almost required to be friends with everyone who lives in your house (the dorms at Smith are called houses, and the house you live in strongly shapes your identity and experience there). During Tea, our weekly house get-together where we drink tea and unwind from the week, students and organizations are allowed to present about any topic. Sexuality and gender identity are very common topics, with every student being allowed to discuss their identities and experiences. With so many opportunities for exposure to these concepts, in the classroom, the living room, and the dorm room, I think being at Smith allows women who have felt slightly different all of their lives to finally put a name to that feeling.

Q. Despite the women-only admissions policy, were you surprised by the diversity of the student body once you arrived on campus?

I was definitely surprised by the diversity at Smith in different ways, for different types of diversity. With sexual orientation and/or gender identity diversity, I was not completely prepared for the amount of diversity I was to encounter. Coming from a small town with little diversity of any type, and from a very conservative sexual education program, [the idea of] sexuality as a spectrum was completely new to me. Certainly, I had never met an out transsexual.

However, in terms of racial and socioeconomic diversity, I was a little disappointed. I had expected college to be a better opportunity to meet people who were fundamentally different from me. I know that Smith tries hard to attract women from every part of the world and every walk of life, and if those people don't apply, Smith can't let them in. But it was still a surprise for me to realize that the diversity I had been expecting wasn't as prevalent.

Q. People often wonder how students at single-sex colleges meet men for friendship, dating, or networking. How did you make connections outside of the student body while you were at Smith? 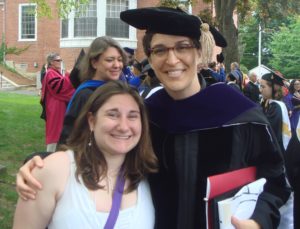 I love that you ask this because it is one of my favorite things to address in terms of women's colleges. Honestly, I hardly noticed that there were no men. All of my friendships were completely fulfilling—I made some truly amazing friends. I did worry about the lack of men before I went [but] if not having (cis) men is the only reason you, dear reader, are not thinking about a women's college, then reconsider. I took a class at UMass Amherst, studied abroad, and did have male students in some of my classes. I promise you that the men in those classes did not enhance my educational experience. College bros are a small sacrifice for the quality of education and female friendships that you gain, and they are only a bus ride away.

Q. Smith College is nearly 150 years old, and it still celebrates many traditions. Tell us about Mountain Day.

Mountain Day is the most famous of the Smith traditions, but there are so many and I love all of them! Mountain Day is a surprise day off from classes, where you can go climb a mountain, pick apples, or do any number of fall-themed activities. Imagine if you knew that Christmas was coming and it was going to be toward the end of fall, but you didn't know the exact day. Speculation runs wild over campus, ranging from people taking bets on days to [students making] complicated weather analyses to determine what day we would pick if we were the president. When the day finally comes, the College Hall bells are rung and everyone scurries to find friends with cars to take them to the mountains! The cafeterias pack us bag lunches, and we go off!

My favorite tradition, however, is Julia Child day. All of the dining halls make her recipes, and then local restaurants have food competitions and tables in the campus center. My friends and I always studied the menus intensively, coming up with ideal schedules and routes to get the maximum amount of the best food. With such a food-centric holiday, Julia Child is definitely my favorite alumna.

Q. You participated in Change Ringing, which is bell ringing for special occasions. How did you get involved? What was it like?

I literally stumbled upon the team. Living near that bell tower, my friends and I always heard the bells and wondered why they were ringing. So, we followed the sound and eventually found a grate in the ceiling. Out popped my math professor! It is hard for me to say no to anyone, but even more so to someone whose class I am doing badly in.

My favorite description of Change Ringing is that it is what people did before fun was invented. And you are not a true bell tower until you have gotten a noise complaint. Fortunately/unfortunately, because I lived in the nearest residence to the tower, I was able to shut down the official noise complaints before they could gather too much speed.

I loved learning so intimately about something that I had never heard of before. There are tons of societies for bell ringers, and I got the chance to ring bells in several other towers, too! [One of them was] Old North Church in Boston, famous for the “one if by land, two if by sea” part of Paul Revere's ride.

Q. What was your favorite class you took at Smith?

Although maybe not the most challenging class academically, my senior year I took a seminar on Italian food. We went through, systematically, the different types of food in each region and the history behind them. As an Italian-American, I loved learning about my people, and as someone who loves food, I loved being able to learn about one of my favorite things. 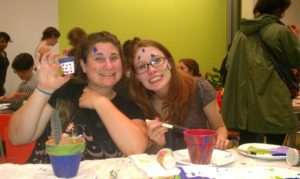 Q. What are you doing now?

Although it is basically everyone's worst nightmare after going through the effort of college, I am working in a call center right now. As you can imagine, it is definitely not what I want to be doing long term. However, the company that I work for is one that treats its employees very well, and it's famous for hiring from within. I have learned so, so much and continue to learn more every day from this job. As with any job of this caliber, and as with any job, there are certainly days that are harder than others. But with the position it puts me in to move my career forward, and with my newfound understanding of many processes and legalese, I do think I am in a great position to achieve my long-term goals.