Home » Lifestyle » 14 Reasons Why I Miss Being in College 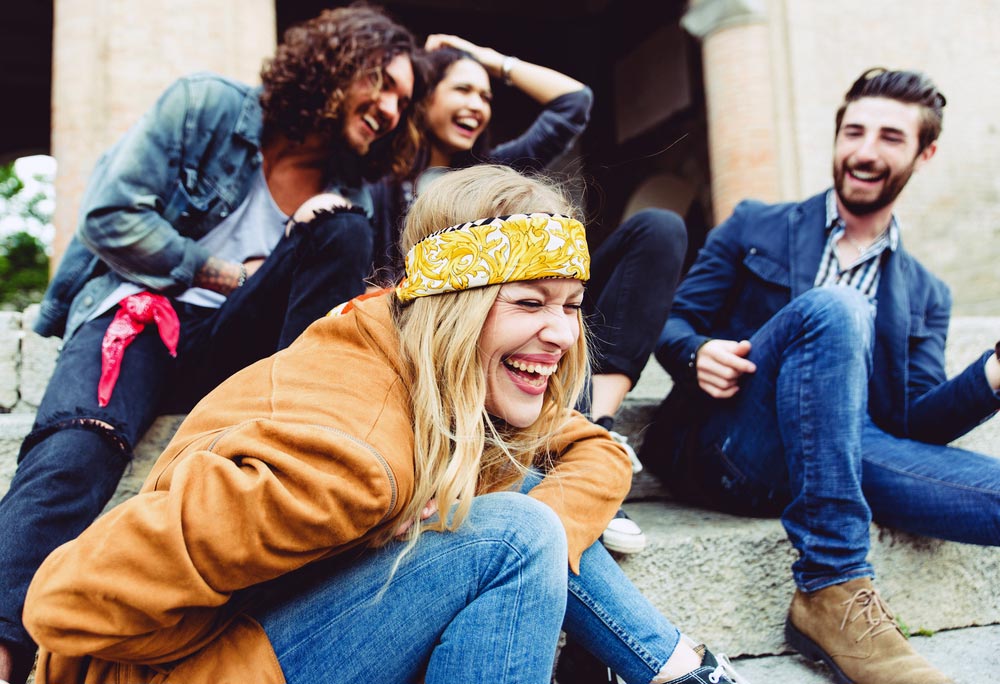 I’ve hit my late-20s, when I’m far enough removed from my time as an undergraduate student that I look back on it like a past life. I remember some of the things I did back then, like watching movies in the dorm common room and napping without setting an alarm, and I think how much simpler life was then. In the intervening years, I’ve moved, wrecked cars, and gotten married, and life has gotten way more complicated. Here’s what I miss the most:

1. Summer break. I spent time with family and old friends. I traveled. I worked to save up money. Summers were a mostly carefree time full of possibilities, fun, and friendship. Now, June brings warm weather but no less work.

2. Making my own schedule. Even taking a full-time class load of 12-15 credit hours, I had entire blocks of time free. Sometimes it was Monday, Wednesday, and Friday afternoons, and other semesters it was all of Tuesday and Thursday. I haven’t had that amount of free time since graduation, and I would go back to that schedule in a heartbeat.

3. Having lots of friends within walking distance. It doesn’t matter whether you live on campus or in an off-campus apartment, you will have friends close by. Getting together to watch movies, play games, or go eat is easy. You can even live with your best friends, for the ultimate experience. When you get older, though, people move and you’ll no longer live five minutes away from every single one of your friends. Not to mention that friendships seem harder to come by.

4. Meeting up at the dining hall. No cooking! No cleaning dishes! So many choices! One of my personal favorites was stopping by the food court or the grab-and-go spot for lunch. It was always hopping and you couldn’t go 10 feet without running into a friend. In the evenings, friends would walk over to the main dining hall together, or make plans to meet up there. Now, I cook, clean, and don’t eat with friends every single night.

5. Always having something to do. My undergraduate school didn’t have a football team, but going to a basketball game, soccer game, or another sporting event was always popular! Plus, as a student the tickets were cheap. It was usually easy to find someone to go with to a match, or another event on or near campus. Tickets and events are more expensive when you can’t play the student card, and you may end up living somewhere that doesn’t have quite as much culture.

6. Everyone being the same age and having similar experiences. Living in a place where most of the people were around my age and were all in school with similar schedules was awesome. It was like living in our own little world—a college bubble. Since graduating, I’ve moved to new houses and lived in neighborhoods with people of all ages and at different stages in their lives. Although I still feel like part of a community, it is much different now than it used to be.

7. So many possibilities. You could change your major, find a new passion, fall in love with an elective. I often dreamed about where I’d end up living, what my career would be, and what life would be like. Since then, life has happened and some of those things have turned out differently than I expected. I can’t lie, I do sometimes miss the days when everything seemed possible. Adulthood forces you to be a little more realistic.

8. Parties. Parties all the time. Halloween? Party time. It’s someone’s birthday? Let’s have a party. Finals are over? Party. It’s Friday? PARTY! Really, we didn’t even need a reason. Friday and Saturday nights were a given because no one had class the next day. The other days of the week were either for recovering from the last weekend or preparing for the next one (and sometimes a bonus party night just because we could). Now, weekends are reserved for housework, grocery shopping, and all the other things I didn’t get to during the week (and that’s before throwing a kid into the mix). When you’re approaching 30, drinking games and hangovers are just not parts of daily life.

9. The money to bills ratio. Around age 25, I realized that I had hit a point in my life where I needed to be conscious of where my money was going. It occurred to me, when a large and unexpected car or veterinary bill arose, that I needed to have money saved up. In college, I never had to think about rent or car repairs or pet costs. My housing costs and main food expenses were paid for via scholarships or tuition, and anything big that came up was generally covered by the Bank of Mom and Dad. I had enough money and few enough bills that it didn’t really matter how much I spent at the grocery store, or if I splurged on restaurants, or bought that thing at Target that I just needed. It matters now.

10. Naps (and sleeping in). Really, any time that you weren’t in class was an acceptable time to be asleep. Although I still sometimes enjoy a good nap in the afternoon when I can sneak it in, I’m generally expected to be awake and functioning during the day when the rest of the world is up. While I used to sleep in until 11:00 am and then roll over to brunch, now I wake up at 7:00 am and “check out the farmer’s market.”

11. Student discounts. True story, I just got charged for my annual Amazon Prime subscription. Even though I use it all the time, they just upped the price and this renewal was a little painful. I thought back to when I was in school, and it cost half as much, and sometimes was free. Also, movie tickets were way cheaper as a student. Take advantage of that.

12. That one tech-savvy person. Whether it was someone down the hall in your dorm, or a roommate, or (worst-case scenario) an IT person at the library, there was always someone around who could help you. Now, when my computer malfunctions, I either have to use my phone to do a web search of the problem or take it to a repair place that probably will cost me a breathtaking amount of money.

13. The prospect of adulthood. Remember what I said before about the possibilities for the future seeming endless? Yeah, in college I wasn’t really thinking about the un-fun parts of the “real world,” like how when you own a home and the roof leaks, you’re the one who has to pay to fix it. And how expensive things like insurance are (car insurance, health insurance, valuable personal property insurance, you name it). It’s also a very sobering experience when you wreck a car for the first time, and realize what a pain it is to deal with getting it fixed. Oh, and if you want to have a car in the meantime you may have to pay for a rental yourself, unless it’s covered by that expensive car insurance. I also wasn’t thinking about things like the stresses of aging parents. Being an adult seemed cool and fun and… well, adult. And it is, just with a lot more baggage than I expected.

14. Pop culture. I’m going to be brutally honest: I am 28 years old, and I have never used Snapchat. Not once. I don’t even know how. When I was a teenager, it was the beginning of cell phones that were actually pocket sized, AIM (who else was all over that?), texting, and Facebook. I grew up using those things while they were being developed and getting more popular. Now, few of my friends use newer apps like Snapchat or Instagram to communicate; we mostly still text and use Facebook. I remember rolling my eyes at my mom when I was a teen because she was “so behind the times,” but I never expected that it would happen to me so soon. I thought I had more time, but I already feel old. Yikes!

What do you love the most about being a student?