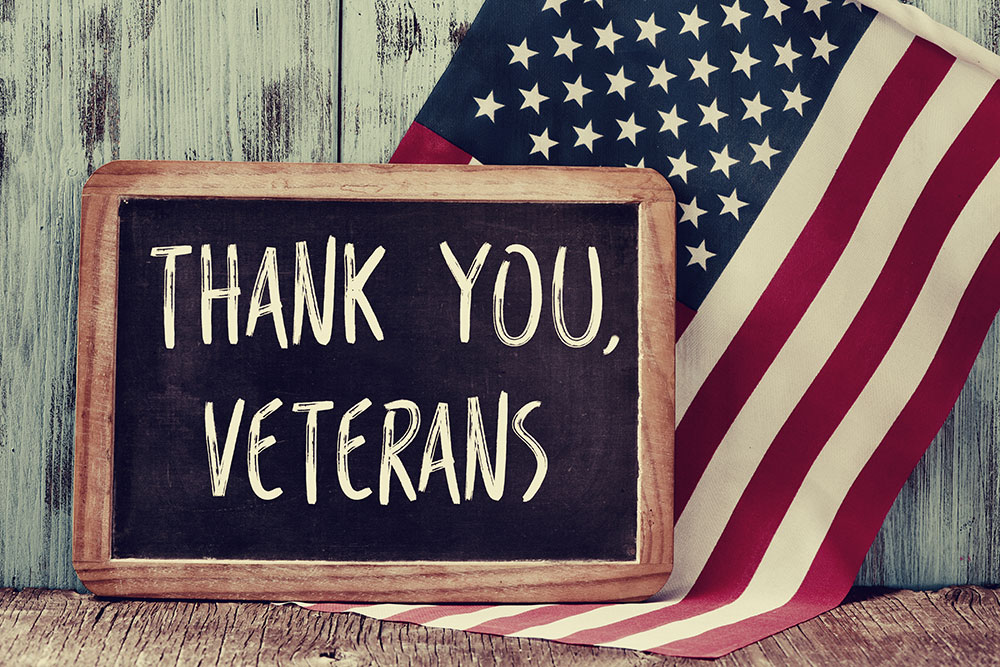 What is Veterans Day?

Veterans Day falls on November 11 each year. It is a day to thank all service members, past and present, who served their country honorably in times of war and peace.

Where did Veterans Day come from?

Veterans Day was originally called Armistice Day, after the Allied nations and Germany declared a ceasefire on the 11th hour (11:00 am Paris time) of the 11th day of the 11th month in 1918. It marked a World War I victory for the Allied nations, though Germany did not officially surrender at that time. The Treaty of Versailles, which effectively ended World War I, was not signed until June 28, 1919. People in Europe and the United States, however, had already cemented November 11 as the end of the war and Armistice Day was celebrated in America beginning November 11, 1919. It wasn’t until 1938 that it became a federal holiday.

We know from history, though, that World War I didn’t end up being “the war to end all wars.” Battles continued to be fought, the next big ones being World War II and the Korean War. Throughout both, November 11 was still commemorated as Armistice Day. In 1954, after being petitioned by veterans groups and service organizations, Congress changed the name from Armistice Day to Veterans Day.

In the late 1960s, there was a bit of a mix-up when the Uniform Holiday Bill (intended to make federal holidays fall on Mondays so that federal employees could enjoy long weekends) changed the date of Veterans Day to the fourth Monday in October. Under the new law, it was supposed to be celebrated for the first time on October 25, 1971. There was public confusion due to this change, since the original purpose of Veterans Day was to celebrate the armistice of World War I. As we know, and as everyone knew at the time, the armistice occurred on a specific date, not a random Monday in October. It wasn’t until 1975 that President Gerald Ford changed the date of Veterans Day back to November 11.

Does anyone else celebrate Veterans Day?

The United States rarely acts alone when it is a time of war. In fact, the U.S. had over a dozen allies in World War I and even more in World War II. Australia and Canada celebrate Remembrance Day on November 11; generally soldiers are honored at 11:00 a.m with a moment of silence. Australia uses this day to honor the fallen, much like Memorial Day in the United States, while Canada honors all who have served. Great Britain observes Remembrance Sunday on the Sunday closest to November 11 (this year it will be November 12). People in Great Britain may also hold a moment of silence at 11:00 a.m. on November 11 itself. In France, November 11 is a national holiday.

Veterans Day and Memorial Day are quite similar, so it’s not weird for you to get them confused. Memorial Day is celebrated on the fourth Monday in May; it honors service members who lost their lives, whether they were killed during battle or succumbed to service-related injuries later on. Often, you will see people wearing or distributing poppies (a type of flower) on Memorial Day. This is a nod to the poem In Flanders Fields by Lieutenant Colonel John McCrae. It tells of how poppies were the first flowers to grow after the European landscape was ravaged by war and filled with the graves of fallen soldiers during World War I.

You may see a few poppies on Veterans Day, but unlike Memorial Day, Veterans Day honors all service members, particularly those who are still alive. It is intended to thank anyone who served, whether it was during a time of war or a time of peace, and acknowledge that one does not have to have been injured or killed for their country to have done their duty. Veterans Day is on November 11 each year, though it may be celebrated before or after depending on which day of the week it falls.

How should I celebrate Veterans Day?

If you’re in the capital, there is a National Veterans Day Ceremony held each year at Arlington National Cemetery. This year, it consists of a concert by the U.S. Navy Band, a wreath laying at the Tomb of the Unknown Soldier, a parade, and remarks. It’s a free event and open to the public. If you’re interested in attending, plan on getting to Arlington National Ceremony well before the 11:00 a.m. start time; it’s predicted to be popular and visitors will have to go through a security screening before being permitted entry. You can learn more about this ceremony and other VA-sponsored events here.

If you’re not near the nation’s capital, there are still plenty of ways to celebrate. Veterans Day parades and vigils are often held in individuals towns and cities (a quick Google search should give you the details); consider attending one. Observe a moment or two of silence at 11:00 a.m. Visit a veteran’s hospital and spend time with the patients, especially those who may not get regular visitors. Choose to shop at a veteran-owned business or eat at a veteran-owned restaurant. Simply say thank you to the service members in your life.

There is no one way you should celebrate Veterans Day tomorrow. For many, it’s a personal and reflective time. If you do choose to celebrate though, spend the day being thankful. These are the people who protect your home and your country at the expense of their lives and their family. They’ve sacrificed a lot.