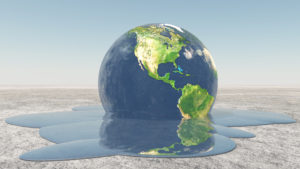 Earth Day is just around the corner and the environment is at the forefront of many minds. Many Americans, and people around the world, are upset at the choices being made by the current United States administration in regards to the safety of the environment and the acknowledgement of climate change. While the world as a whole should be working toward clean energy and a safer climate, the U.S. is taking steps backwards to dirty sources of fuel and denying that there is any scientific consensus about climate change at all. Throughout the world, and the U.S. as well, climate change and the environment remain important, and neglecting the science will have disastrous results.

This Earth Day, there is a planned March for Science that will be taking place in Washington D.C. and at 500+ other locations around the world. The website states the purpose of the march: “Science, scientists, and evidence-based policymaking are under attack. Budget cuts, censorship of researchers, disappearing datasets, and threats to dismantle government agencies harm us all, putting our health, food, air, water, climate, and jobs at risk. It is time for people who support science to take a public stand and be counted.” With any luck, the thousands of people who have already RSVPed will make their voices heard and make changes at the government level.

The following weekend, on April 29, is the People’s Climate March. The website states: “On the 100th Day of the Trump Administration, we will be in the streets of Washington D.C. to show the world and our leaders that we will resist attacks on our people, our communities and our planet. We will come together from across the United States to strengthen our movement. We will demonstrate our power and resistance at the gates of the White House. We will bring our solutions to the climate crisis, the problems that affect our communities and the threats to peace to our leaders in Congress to demand action.”

You may not be able to travel to your local march or want to get caught up in the crowds. If you care about the environment, though, or are disappointed with the lack of action at the national level, there are other ways to help. Many environmental charities fight the good fight every day, protecting lands from development, keeping sources of freshwater clean and pure, and researching sources of renewable energy. The rest of this blog will expand on top-rated environmental charities. 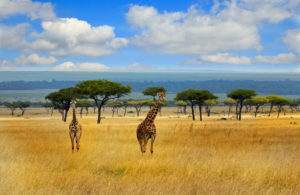 Charities with an A+ rating according to CharityWatch:

Charities with an A rating according to CharityWatch:

If none of these charities is exactly what you’re looking for, consider checking out Charity Navigator. This list contains all four-star (their highest rating) environmental charities; some function at the local level, but others work internationally to protect the environment and further conservation efforts. A selection of charities included on this list are:

Regardless of whether you can give or how much you can give, even just being informed about the issues that the world faces is helpful. Spread the message this Earth Day; the planet is for all of us.