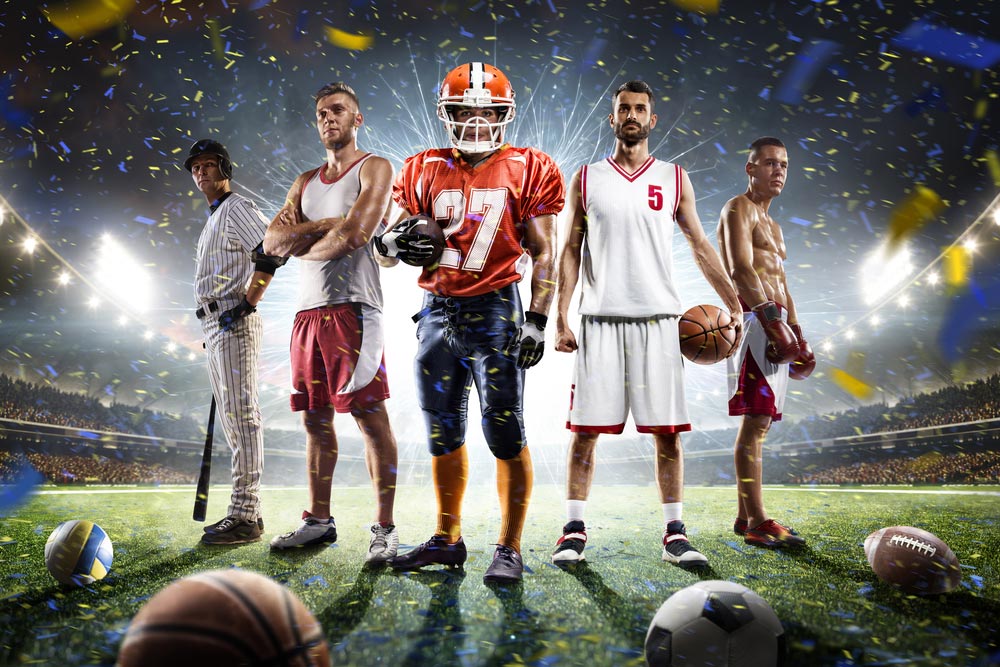 Most athletes play on a college team before going pro, but they don’t all finish their degrees. With the biggest names making tens of millions of dollars per year at the height of their careers, a college degree may not seem necessary. But what about after their playing career has ended? What about the athletes who don’t go pro? A college degree can be invaluable for many reasons, as the players below have shown.

Drew Brees: Before he was leading the New Orleans Saints in the NFL, he attended Purdue University, where he studied industrial management, graduating in 2001. Off the field, Brees started the Brees Dream Foundation which seeks to improve the quality of life for cancer patients, and also supports children and families in need. Outside of philanthropy, Brees even appeared on TV in a 2004 episode of the show Entourage.

Laurent Duvernay-Tardif: NFL player Duvernay-Tardif was almost finished with his medical degree at McGill University in his native Canada when he was drafted. The Kansas City Chiefs lineman worked out a plan with the school to finish his degree during the offseason. Now graduated, he hopes to add “M.D.” after his name on his NFL jersey. He is the first NFL player to be a licensed doctor while still in the league!

Draymond Green: Drafted by the Golden State Warriors in 2012, Green was a part of the team’s championship titles in 2015, 2017, and 2018. The NBA big man earned his communications degree from Michigan State University in 2012. He grew up in Saginaw, Michigan, and donates regularly to his alma mater.

Mia Hamm: Before leading the U.S. women’s national soccer team to worldwide success, Hamm graduated from University of North Carolina at Chapel Hill in 1994 with a degree in political science. Hamm helped women’s soccer become a mainstream sport, competing for the U.S. in the first FIFA Women’s World Cup in 1991 and leading the women’s team to an Olympic gold medal during the 1996 Olympics in Atlanta—the first time women’s soccer was included as an Olympic sport.

Michelle Kwan: With five world championships, nine U.S. championships, and two Olympic medals, Kwan is the most decorated figure skater in U.S. history. After winning Olympic medals in 1998 and 2002, this ice skating icon started college at UCLA. Kwan then transferred to the University of Denver where she graduated in 2009 with a bachelor’s degree in international studies (and a minor in political science). She graduated two years later from Tufts University with an advanced degree in international studies.

Von Miller: The NFL player earned a bachelor’s degree in poultry science from Texas A&M University, so it makes sense that when he’s not practicing or playing with the Denver Broncos, he raises chicks on a large property in Texas. He also made an appearance on Dancing with the Stars in 2016, placing eighth in the competition overall.

Cam Newton: After joining the NFL, the Carolina Panthers quarterback fulfilled a promise to his mother by finishing his college coursework. Newton earned a degree in sociology from Auburn University, where he also played college football. Although he is well known for his touchdown celebrations on the field, Newton stays busy outside of football with his charity work. Besides his work with the Cam Newton Foundation (which supports children’s educational, physical, and social needs), Newton also regularly takes part in Make-A-Wish events, visits local children’s hospitals, and hosts fundraisers.

Victor Oladipo: Though he grew up in Maryland, the current NBA player earned his bachelor’s degree in sports communication broadcasting at Indiana University. (He even managed to graduate in just three years.) Although he was drafted by the Orlando Magic, Oladipo returned to the state where he attended college in 2017, when he was traded to the Indiana Pacers.

Shaquille O’Neal: Shaq was drafted into the NBA by the Orlando Magic before earning his degree at Louisiana State University. He returned eight years later to finish his bachelor’s degree in general studies. He continued pursuing education, earning an MBA from the University of Phoenix, as well as a doctorate in education from Barry University. Now retired from basketball, O’Neal has expressed interest in law enforcement, music, acting, and investments.

Venus Williams: Still a highly decorated tennis player, back in 2002, Williams became the first African American woman to reach the number one player ranking in the tennis Open Era (which allowed professionals to compete with amateurs starting in 1968). While in the midst of her successful career, Williams completed a bachelor’s degree in business administration. She graduated from Indiana University in 2015. She also holds an associate’s degree from the Art Institute of Fort Lauderdale.

These athletes have shown that it’s possible to earn a degree and also have a successful career in sports! For more information on being an athlete in college, check out our section on collegiate sports.